A variety of media drive programs for new cars over the last 40 years  introduced me to very interesting places, but one stands out, the 1993 launch of the V12-engined Jaguar XJ40. 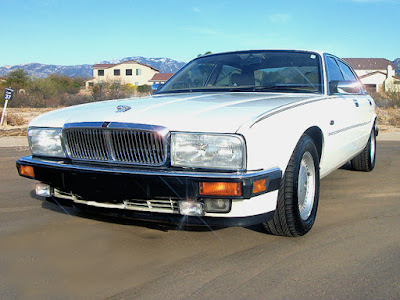 Although the XJ40 was launched in 1986, it took the tiny Jaguar engineering team almost seven years to shoehorn the big V12 into an engine bay originally intended for an inline six.

The result was identical to the transformation the 5.3L engine had on previous Jaguar sedans. The super-smooth twelve cylinder allowed the sedan to smoothly waft across the countryside – albeit with seriously poor fuel economy.

In mid-winter 1993, accompanying a rag tag group of assorted American automotive writers, we jetted into the Aéroport Biarritz Pays Basque from London, from where we were whisked off to the luxurious Hotel du Palais. 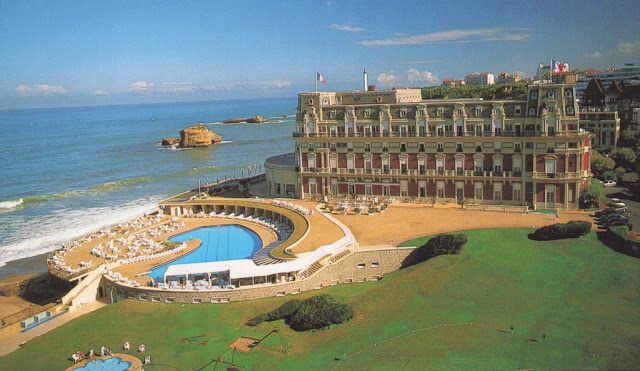 Being February, the staff were delighted to see us, there being a severe shortage of guests in Biarritz in winter, despite its southerly location.

Biarritz is a famous city for casinos, grand hotels and believe it or not a pretty decent surfing break – which you would not enjoy without a wetsuit to keep out the Atlantic Ocean chill. 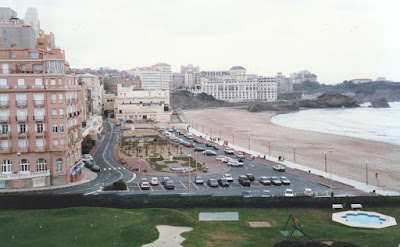 My room overlooked the beach, devoid of swimmers thanks to a temperature of around 8C at the time!

These days touring the Basque region of France and Spain is a lot safer, given that the Basque Separatist Group ETA has now given up its weapons, and the violent struggle it waged since 1959.

Mind you, the Jaguar PR team failed to mention the possibilities of attack in 1993, and I think they were simply relying on a lot of British stiff upper lip, and hope, that the event would be battle-free!

The media drive event was relatively short, in order to pack in as many different groups (media, dealers, suppliers) as possible in a short time frame, and there is much more to see than our brief encounter with the valleys and mountain roads of the Pays Basque (Basque country) revealed.

This is, after all the foothills of the Pyrenees, and many of the roads in the region are used for the Tour de France, so expect spectacular scenery. 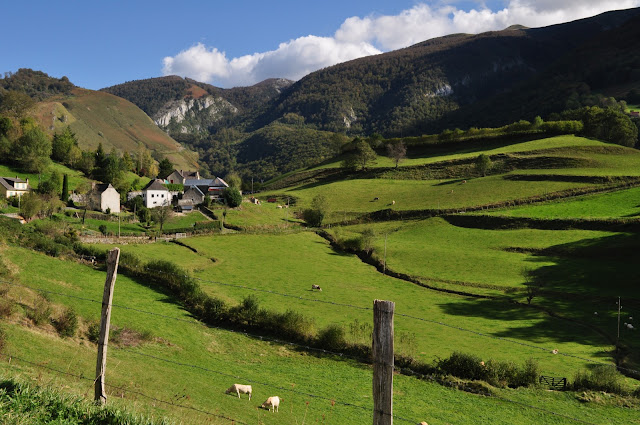 We took off east through Anglet, then via the D932 towards Cambo-les-Bains. Then the route climbed quickly towards St. Martin-d’Arrossa on the D918, before we arrived at our lunch stop in the picturesque village of St. Jean Pied-de-Port. 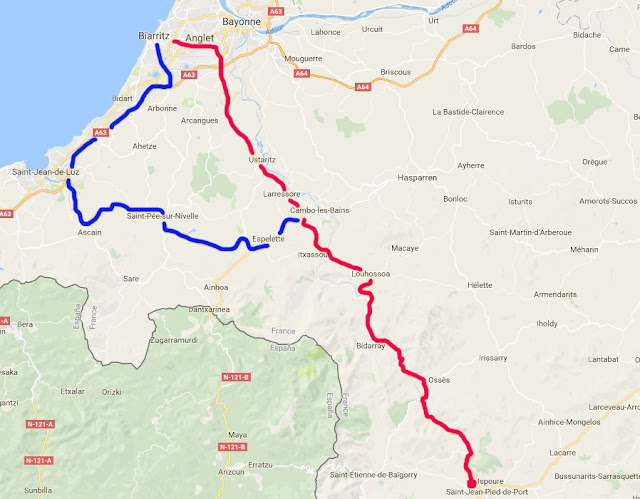 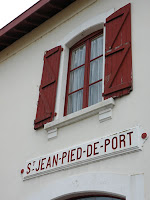 The name Saint Jean-Pied-de-Port literally means ‘St. John at the floor of the Pass’ as the town is the traditional starting point for pilgrims on the Camino de Santiago; the track leading to Compostelo de Santiago, because its location on the River Nive lies at the foot of the Roncevaux Pass. 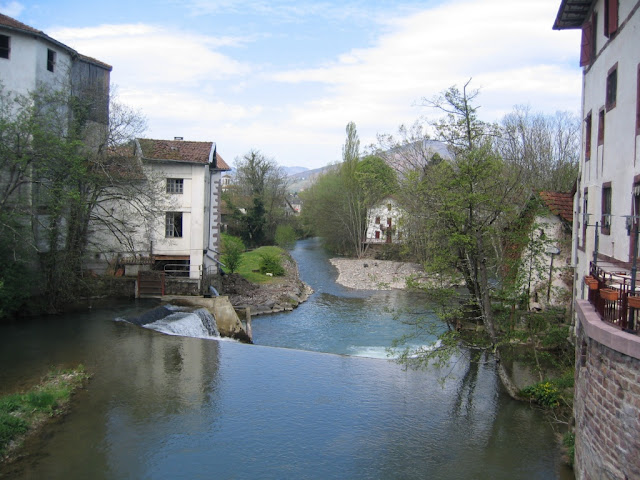 Seasons don’t seem to matter to the pilgrims, who trek through the town all year, bringing an ongoing flow of revenue to the shopkeepers and café owners. 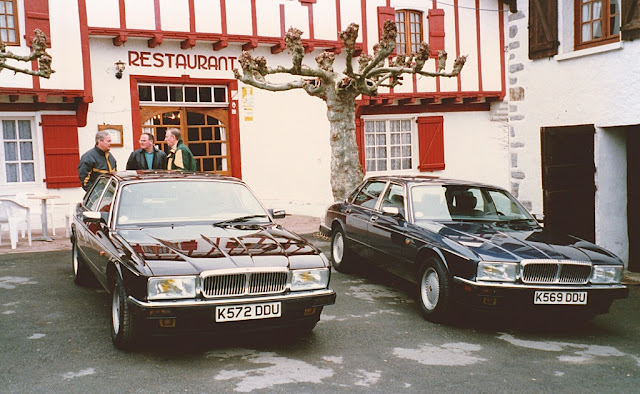 Our lunch stop featured a variety of Basque dishes, but the highlight was the dessert of Gateaux Basque cake.

The city gate at Saint Jean Pied-de-Port (below) is now a listed UNESCO heritage site, and the town is famous for its cream and red color scheme.

The gate is also a famous point on the pilgrims' trail. 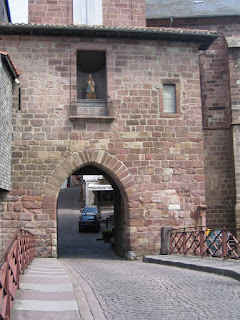 The return journey took us back along the D918, but split off towards Espellette, continuing along the D918 to the resort town of St. Jean-de-Luz, and returning to Biarritz from the South on the A63.

Most tourists in this area seem happy to stick to either French or Spanish routes, but crossing the border back and forth is no trouble, thanks to the thousands of pilgrims traversing the mountains.

Not far away from our lunch stop is the city of Pau, which was a tiny city-state back in the 15th century. For car enthusiasts however, Pau was also the scene of a famous ‘round the houses’ street race starting in 1901. The French Grand Prix was held there in 1930, and the circuit can be easily followed today, as it is well marked by the local council. 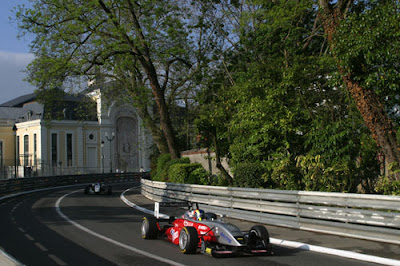 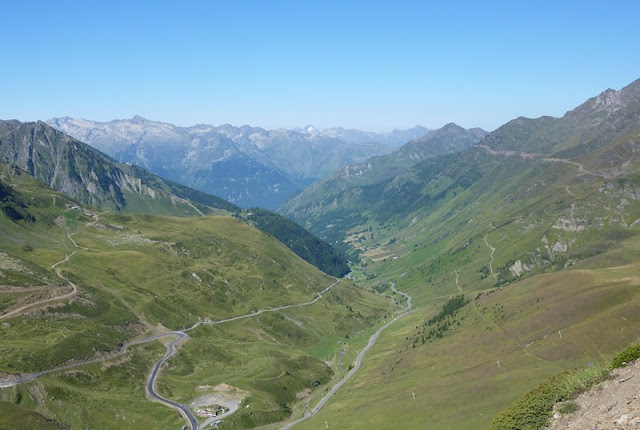 The Pyrenees region is rich in both culture and history, but you’d find it hard to do it justice in a one week driving vacation.
Posted by John Crawford at 9:48 PM