THE DEVIL IS IN THE DEMON

So, I hear you ask: “What is FCA (Fiat Chrysler Automobiles) trying to prove?" Here is the car company that’s carrying more debt than GM and Ford combined; and its star attraction at this week’s New York Auto Show is the 840hp Dodge Demon?

Here is a company so deep in debt it doesn’t know where its next re-financing is coming from; and it unleashes a ‘dragster’ in New York – the most irrelevant market for such a car in the entire USA. 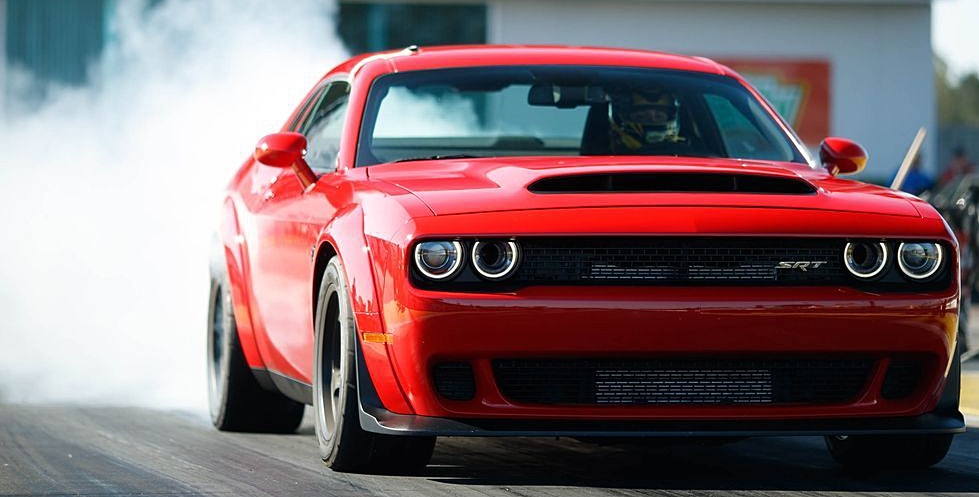 What are they smoking in Auburn Hills, Michigan? Who came up with this bright idea? If the plan was to show that FCA has the chops to cut it in the American market, by revealing a dragster, do the corporate suits really know what they’re doing? There will only be 3300 produced, and the sting is yet to be announced, but it won't be cheap. But, also, it won't pay off the debt load either.

Keep this number in mind: FCA is carrying USD$6 billion in net debt. That means that at the bottom line, that’s the minimum this company owes its lenders! There's the interest too. Of course, it could always borrow more!

Sure, since the election of Donald Trumpster, there’s a more vocal alt-right community of God-fearin’, gun-totin’, non-PC Fox viewers out there; and on Saturday night in summer the Dragstrip is the place to be – but really, showing a Dragin’ Wagon in the Big Apple is so out there it’s almost unbelievable. But, it happened!

What next? A Reality Check hopefully.
Posted by John Crawford at 8:28 AM