A 1960 Bentley S2 saloon, shipped from Canada to Australia contained more than USD$108 million in illegal drugs. There was 161 kg of methamphetamine, and 30 kg of cocaine in a variety of different sized ‘bricks’. 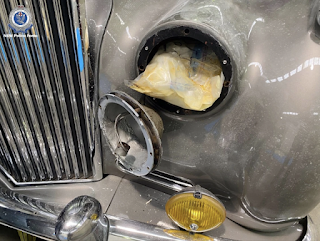 There were even some hidden behind the headlights.

They partially dismantled the car, but then allowed it to be shipped to its destination, where they concealed themselves.

After two men (aged 22 & 23) removed the first headlight, the Border Force agents moved in to arrest them and impound the car. 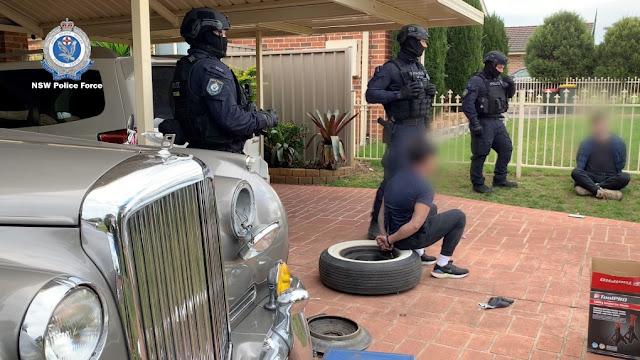 Separately, Border Force intercepted two tonnes of meth hidden in marble tiles, shipped from the Middle East. It was the largest quantity recovered in recent seizures.

Sadly, I don’t think the Bentley remains as valuable now, as it was pre-seizure.