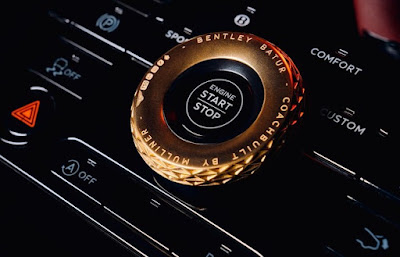 Take your mind back to December 1998. VWAG has owned Bentley Motors (sans Rolls-Royce) since September and Ferdinand Piëch has dictated that Bentley must make a splash at the Geneva Salon in March 1999.

He calls up Design Director Dr. Hartmut Warkus and says: “Do something spectacular.”

Dr. Warkus turned to one of his young designers, Andreas Mindt, with a brief to develop a sleek supercar with a devastatingly complex W16 twin-turbo motor.

There’s no time to waste, so the design team ex-appropriates a ‘used’ Lamborghini Diablo, and chops it off at the sills. The result is a concept car which indeed turned onlookers breathless as the covers came off the Bentley Hunaudieres.

Twenty-three years later the circle is complete when Andreas Mindt is named Head of Bentley Design in January 2021. Having spent the last 15 years working on concept cars for the VW Group brands, and contributing design ideas for VW’s future electrified models, Andreas takes charge as the Bentley ICE models are succeeded by a range of electrified cars.

During the 2022 Monterey car week the world saw the first fruits of his efforts with a stunning coupe called the Batur, named after the 90m deep Kintamani crater lake on the island of Bali. The name suggesting a great depth of design thought directed at future Bentleys.

There are to be 12 Bacalars built, and Bentley appears to have been encouraged by the rapid takeup of all of them, as it has announced the exclusive Baturs will go to just 18 new owners with a pricetag of USD$2 million dollars each! 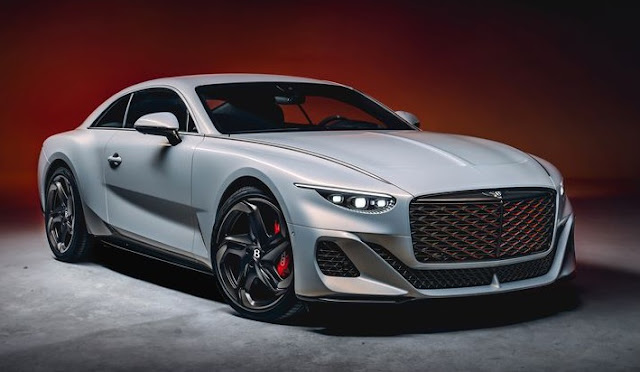 Andreas Mindt has definitely evolved the Batur design from the Bacalar, and this is especially evident with the new approach to front lamps. For the first time in its history Mindt has eschewed Bentley’s familiar circular headlights, for teardrop examples.

The side profile and rear reveals a more curved, organic design moving away from the crisp-edge shape of the current Continental coupe.

Batur will also be powered by the most powerful version ever of the venerable W12, pushing out 729hp (544kW) as the 6.0L monster farewells the ICE age.

The Batur is built on the Continental platform, utilising its suspension and powertrain, but all the exterior panels are new. The only carryover is the exterior rear view mirrors, because they contain so many sensors, it made no financial sense to replace them for a run of 18 cars. The fascia includes a laser etched sound wave of the W12's sonorous exhaust note! 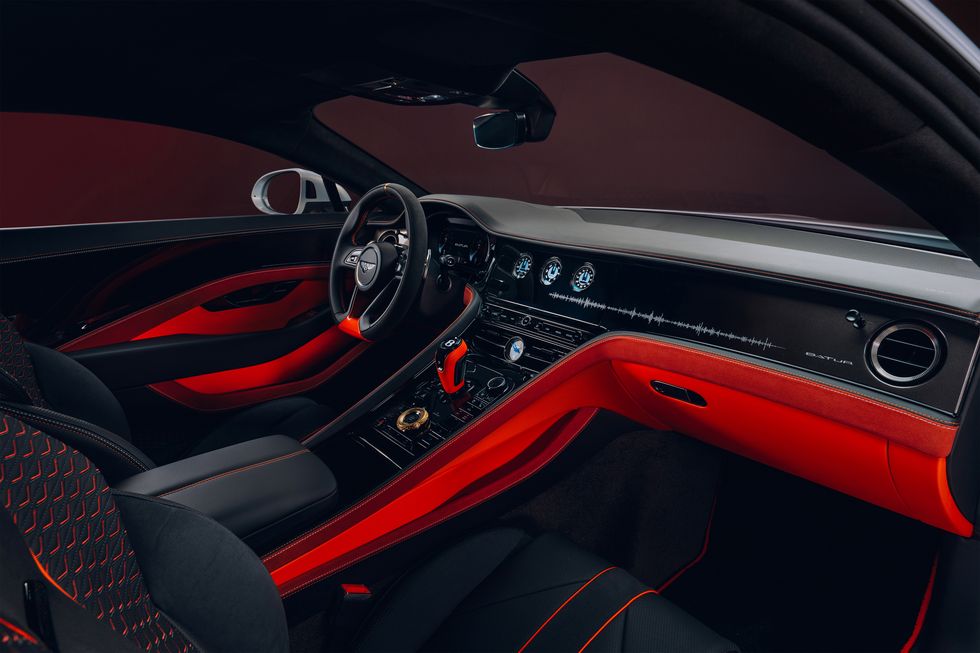 The familiar long Bentley hood trails back from a spectacular red and black honeycomb grille set between the teardrops. 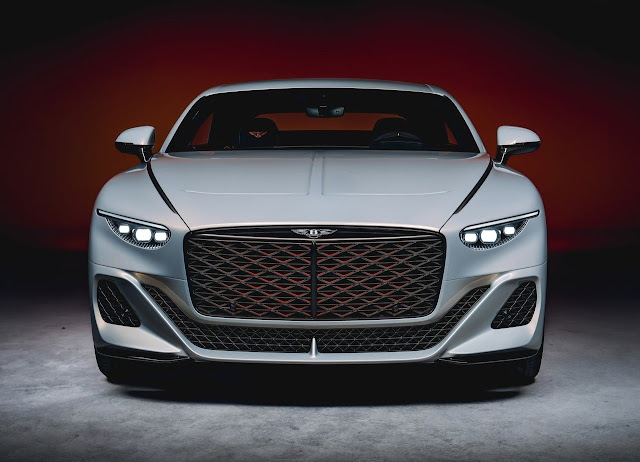 It is one hell of a design statement, and confirms all the faith I had in the future of Bentley when I witnessed the unveiling of the original Continental production coupe in Dr. Piëch’s private studio, ‘Valhalla’, on the top floor of the VW corporate HQ in Wolfsburg back in November 2000.

You could say that Batur is a ridiculous example of extremes, but the design work executed by Andreas Mindt is just another example of the exalted position Bentley now occupies in  Volkswagen’s ambitions for its leading marque – especially now that Bugatti has gone to Rimac.

Posted by John Crawford at 6:50 PM