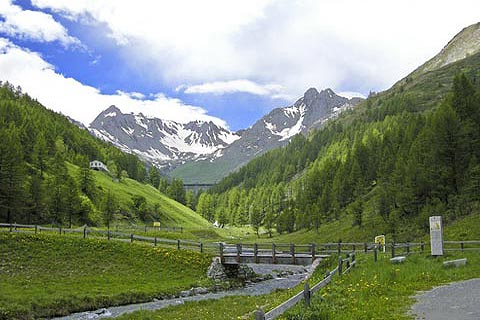 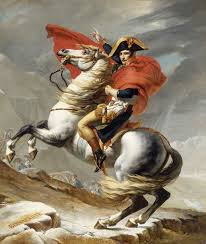 Possibly the oldest of the mountain passes which cross the Swiss Alps, the Grand St. Bernard’s first mention was in 390BC, when Celtic tribes crossed over to conquer Italy. Julius Caesar sent one of his finest generals to claim the pass in 57BC, but he turned back, when faced with a superior force of Celts.
The Emperor Augustus returned in 16BC, defeated the Celts and claimed the Pass, which then became the major route between Switzerland and Italy.
The most significant crossing occurred in May 1800 when Napoleon Bonaparte, led 40,000 troops, with heavy artillery over the Pass to invade Italy. That tells you the little French General wasn't short on confidence.

As you reach Lac des Toules you will pass the Hospice du Grand-Saint-Bernard (below), which was opened by St. Bernard of Merthon in 1049, and where he bred the dogs famous for alpine rescues.

An interesting sidelight to Lac des Toules is the innovative way the Swiss developed renewable energy from a huge bank of solar panels floating on the lake.

The road has not changed since the track was first created, and today it is well-surfaced, and not nearly as difficult as the other passes I've written about. However, it is certainly scenic. 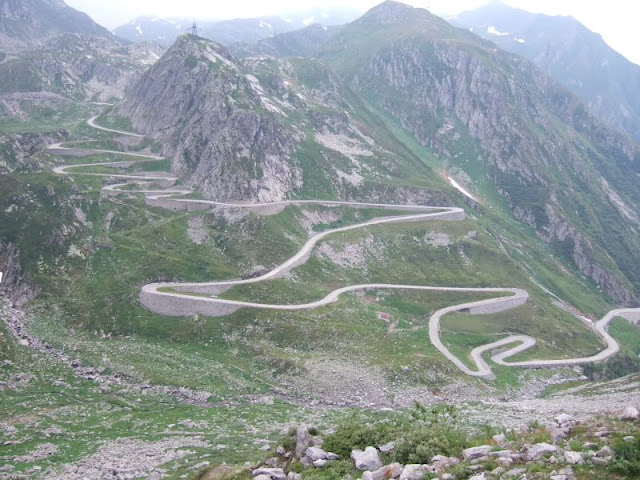 On the Swiss side heading south from Martigny, you will find a few switchback corners as the road runs along ridges in the foothills. 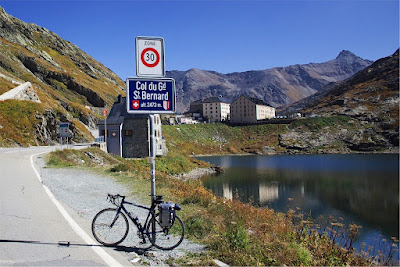 It reaches its highest altitude at 2469m.

And yes, it's very popular with cyclists.

At that point, in summer, check out the monastery, and the hotel (owned by the monks), plus an excellent restaurant.

There is also a ‘tarn’ (alpine lake) called Lago del St. Bernard, which you skirt to begin the descent towards Aosta, through a series of beautiful valleys. 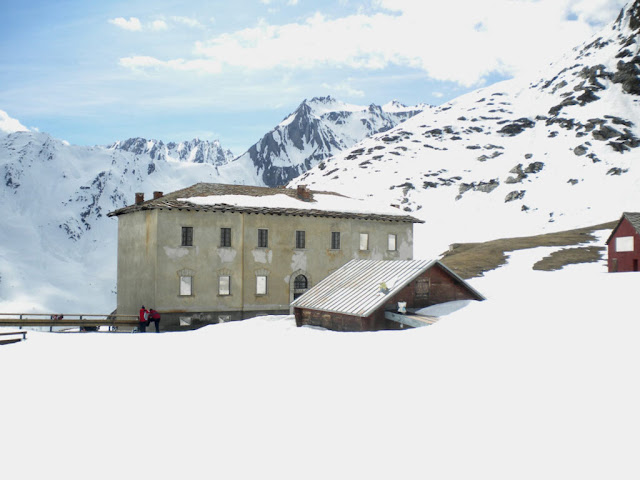 As you descend on the SS27, at St. Rehmy-en-bosses, you will find a 4-Star hotel called Casa per feria Don Angelo Carioni (above) – completely isolated by heavy snowfalls in the winter. Lunch is a ski in/ski out job.

Just after this landmark, there’s the confluence of the mountain road, with the entrance/exit to the Grand St. Bernard Tunnel, which now carries most of the traffic between Switzerland and Italy. From this point you have to again do battle with heavy trucks, as this is a busy freight route between the two countries.

Aosta, in the Val d’Aoste is a gateway to a large number of ski resorts in the immediate area, and the city has a vibrant feel to it - especially so in the heart of the ski season.

There’s a wide variety of accommodations and restaurants, and for those who vacation in Europe to ski, skiing in Italy is a wonderful experience, not just for the wine, food and culture, but the Italian spirit, and zest for living pervades the entire ambience. 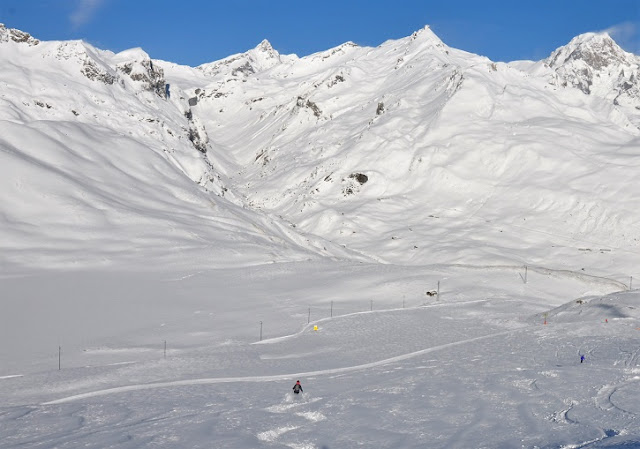