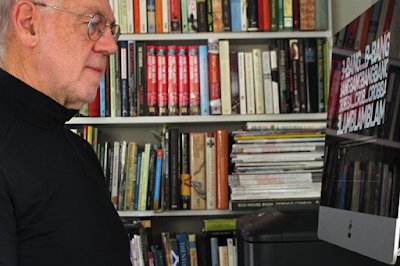 Mel Nichols, now there’s a name which resonates strongly in the UK with car enthusiasts.
He was once the editor of Britain’s famous CAR magazine, and later Editorial Director of Haymarket Media where he led the team that resuscitated AUTOCAR, the world’s oldest car magazine (launched in 1895). 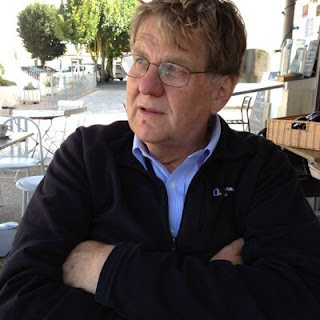 His Australian mate Steve Cropley (right) joined him there and it wasn’t long until AUTOCAR won its century-long weekly battle with MOTOR, which sadly disappeared.

But the Mel Nichols I know hails from Tasmania, and we first met when he landed in Sydney to work at the K.G. Murray Publishing Company, then the publishers of WHEELS and SPORTS CAR WORLD.

In mid-1971 I was a disc jockey on Sydney’s number one Top 40 station, and filling in my spare daytime hours writing the occasional freelance automotive story for anyone who would commission me.

I mostly wrote articles which were technical in nature, specifically intended to simplify highly complex explanations of new cars, suspension systems, engines and the like. I also used to drive road test cars for photo shoots, but Mel and I got together when I got my first commission for a full road test story.

The car was the Ford Falcon GTHO Phase 3, and as I got to writing the report I struggled with expressing the ‘essence’ of the car.

I spoke to Mel about the challenge, to which he replied: “What’s your first impression?” 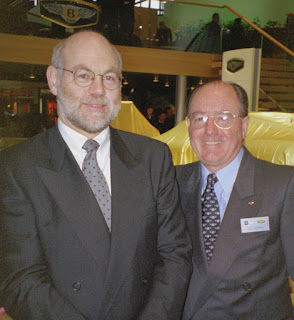 I said: “It feels like having your face gently stroked, then getting slapped in the face to wake you up.” Mel replied: “Okay, that’s where you start.”

The story flowed from that instant, and I am forever grateful to Mel for unlocking the potential writer in me. We have been good friends ever since.

I'm proud to report that Mel has gone on, from his 22 years at Haymarket Publishing, to yet another career, this time as a professor at a number of British universities, teaching the next generation of aspiring journalists. 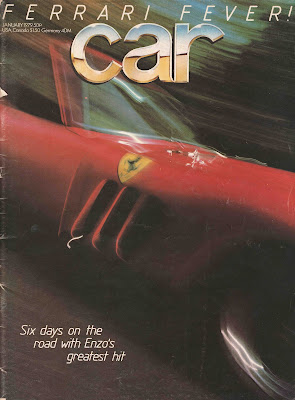 During Mel’s time as editor of CAR he had the opportunity to enjoy one of his most famous drives when he was able to give a Ferrari 250 GTO its head, courtesy of its owner, who himself was not short on fame.

It was 1979, and the feature was so impressive that Mel’s wife, Wendy (who was Art Director for CAR, before going on to design THE WORLD OF INTERIORS) produced one of CAR magazine’s most iconic covers.

It is probably true to refer to the 250 GTO as the ‘Holy Grail’ of Ferraris. At least, in consultation with my good friend Peter Robinson, we decided that just on the subject of value and auction results it had to be Ferrari’s most important model. 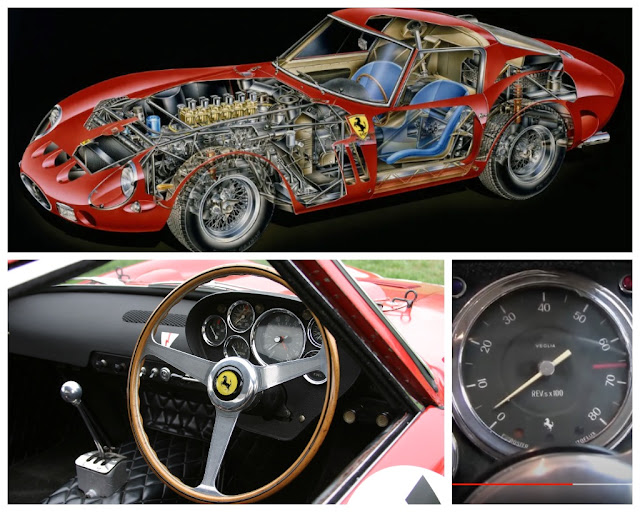 Going back to 1979, Mel has produced a short summary of his large feature for CAR magazine, which in Word form ran to 13 pages and over 5000 words. It’s a pity I can’t reproduce the feature here. It is too trite to describe it as journalism, it was and remains an outstanding piece of writing. So, here’s the short version, with a twist:

“As beautiful to hear as it was to see, as fast through the corners as it was down the straights and, above all, the greatest friend a driver could wish to have…” That’s a perfect summary of the 250 GTO, written recently by Andrew Frankel on The Intercooler.

“I knew exactly what Andrew meant: it was its forgiving nature that amazed me most when I spent six days with Nick Mason’s GTO. The PINK FLOYD drummer (below) has become one of Britain’s most passionate car collectors and the story of his ownership of the 250 GTO is as fascinating as the car itself. 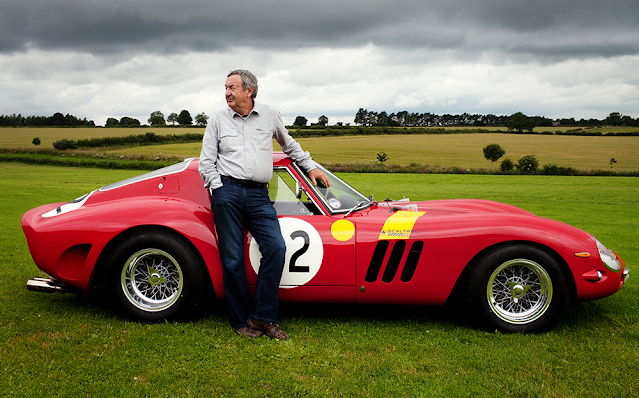 “My never-to-be-forgotten experience started at Goodwood. Nick was at a Ferrari day there with his then recently acquired GTO and I asked if I might drive it for a story for CAR. I’d hoped for perhaps a few laps. But he said: “Leave me your car, and take the GTO home.” Incredible!

“I lived in a terrace house in Clapham, south London, but drove it immediately from Goodwood to friends in Norfolk. The 170-mile drive there, alone through the night, was one of the most intensely thrilling and rewarding that I've experienced.

“I spent the next day driving it, and as fast as I could. The steering and chassis conveyed such messages that you could feel the action of the tyres upon the road. Then there was the mettle and sound of that glorious 3.0-litre V12, and the most sensuous of gearshifts, connecting you directly with the car's mechanical heart.

“It handled with a trace of stabilising understeer then a marvellous neutrality before nudging, under full power, into lovely, flat and progressive oversteer. You could sense its balance and finesse well enough to feel confident about setting it into a drift through long, lasting bends.

“It was potent yet somehow gentle too, and never treated my efforts with contempt. After that, I returned to London and used the GTO as my daily driver before taking it back to Nick. It was perfectly happy in traffic. CAR was all about ‘new’ cars, but I put the then 16-year-old GTO on the cover with the words ‘Six days on the road with Enzo’s greatest hit.’

“It’s still hard to believe it happened and I will be forever grateful to Nick for his generosity.

“However, I have an admission to make (which I explained nervously to Nick, when returning the car). As I said, back then I lived in a terrace house in Clapham, so my only option during my six days, was to park it in the street overnight!

"Was I worried? Certainly – but at the time the GTO was just an old racing car, and few people knew of its value so I took some reassurance from that. However, thankfully the GTO survived its inner-city exposure to all the fateful possibilities which may have damaged it, and it survived to be driven and enjoyed. So much so, that experience is one of the most rewarding of my career.”