Frank was a truly iconic Aussie motor racing identity. He was known in motor sport circles around the globe in all categories including Formula One, Formula 2, sports cars, touring cars, and also as a very accomplished race engineer. 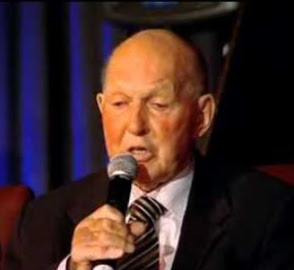 His laconic personality, his ability to ‘spin a yarn’ and hold his audiences’ attention was a much-valued quality. His friends all over the world mourned his death in 2009. The cause of death was essentially a form of metals poisoning as a result of injuries from racing and workshop accidents including one which saw his legs burned and scarred.

I live right across the road from Frank and the glamorous Gloria. The couple, married in 1969, had a storied life, living and competing all over the world, and gathering a network of friends among all echelons of the motor racing world. 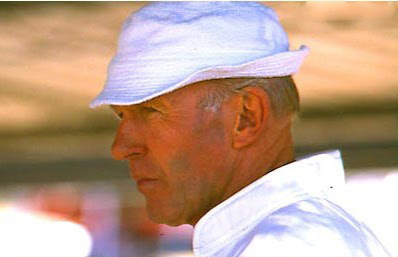 It was 1967 when I first met Frank, at the Mount Panorama circuit at Bathurst, west of Sydney. I had a budding career as a motor racing commentator, and I went to interview Frank in the paddock garage of Alec Mildren Racing, where Frank was preparing an Alfa Romeo GT for rising star Kevin Bartlett.

I clearly remember a gem of experience flowing from Frank, when he told the mechanics to grind off all the paint around the holes where the wheel studs were. His reasoning, based on his racing exploits, was that because of the heat generated during racing, the paint could expand and contract, and allow the wheel nuts and studs to come loose, and the car could lose a wheel.

A tiny snippet of advice, but great evidence of Frank’s ferocious attention to detail.

My second personal connection came at that same race meeting at Easter in 1967. Frank needed a lift to the top of the mountain, so I offered to take him in my Cooper S. As we set off Frank said: “Stop here. You’re sitting back too far from the wheel. Move your seat closer.”

The he explained why: “When you’re driving a manual, set up the driver’s seat so that you can comfortably reach over with your right foot and fully depress the clutch. That’s the best indicator of the correct seating position for you, in your car.” Guess what? He was absolutely right! 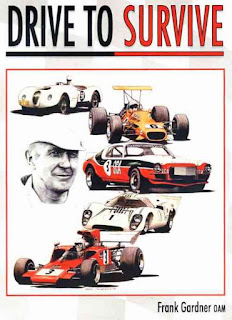 This advice also became another valuable component of a ‘second career’, which became Frank’s lifelong passion – driver training. He set up a Driver Training Centre on the southern outskirts of Brisbane; wrote a book called ‘Drive to Survive’ and was a very vocal advocate for more extensive training of young licence holders.

I am delighted that Frank received the Order of Australia, for services to motor sport. It is a fitting tribute to his real, and dedicated contribution. 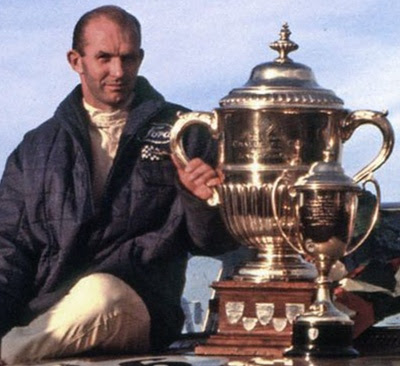 Frank Gardner was honest, earthy, vastly experienced and despite the gruff exterior was a guy who cared deeply for his friends. 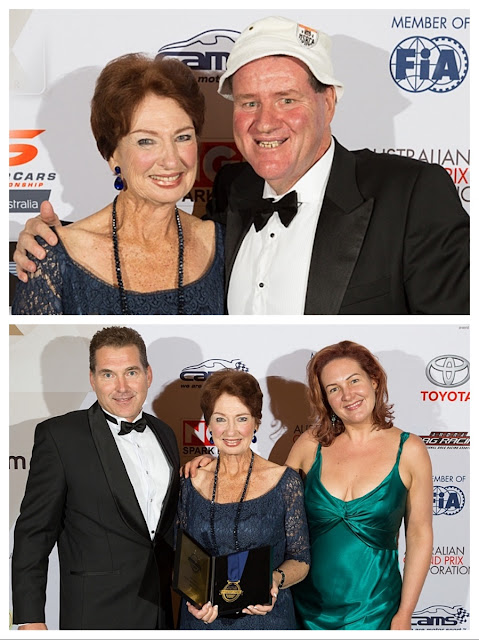 Those who knew him best gathered in Melbourne just before this year’s Australian Grand Prix to witness Frank Gardner posthumously elected to the Australian Motor Racing Hall of Fame.

Posted by John Crawford at 6:29 PM