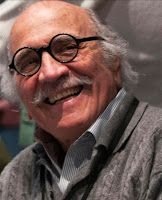 Tommy wasn’t a ‘car guy’, but he loved nice cars. Tommy Lipuma is however, a legend in the music industry, and he was a dear friend.

Tommy died in New York last Monday, in hospital with his wife Gill with him. He was 80, but what a lifetime. He received 33 Grammy nominations; won five Grammys; and as a record producer sold 73 million records worldwide.

I first met him in New York in 2000, and for the next six years we would regularly meet up for lunch in New York, at one of his many favourite restaurants, and chat about ‘music stuff’. I attended recording sessions with him, and loaned he and Gill a couple of Bentleys for their annual driving holiday in the Berkshires of Massachusetts.

Other music industry friends will tell his story more fully than I can; but you will know his work, producing records for artists like George Benson, Diana Krall, Michael Franks, Al Jarreau and Paul McCartney.
We were together quite often, and I reveled in being close to such a great talent, a humble man, and a wonderful husband and father. Especially hearing stories about his musical adventures with some of the greatest artists in the world. 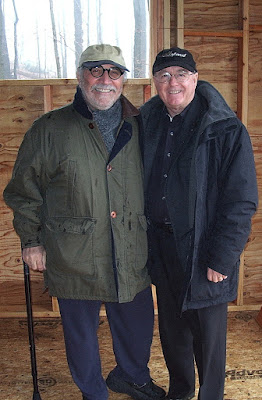 I have only a single photo of us together, when one winter day I drove out to his new house, being built in upstate New York, where he planned to spend time with Gill away from the bustle of the Big Apple.

Tommy came from a wonderful Italian family in Cleveland, and his easygoing manner and happy smile made him great company. I am overwhelmed with sadness that the world has lost someone so special. Ciao Tommy.
Posted by John Crawford at 1:58 PM