MEET THE PRESS - Part One

In the past 40 years I spent the first 10 years as an automotive writer, first as a freelance contributor; then later as the Editor of a monthly motor magazine.

The last 30 years I was a public relations executive for several car companies, from budget brands to those in the highest echelons of the luxury niche.

During the whole period I either worked alongside, or dealt with some of the most famous, and talented, automotive writers in the world of automotive publishing.

By way of my own personal tribute to their skills and experience, I have created a collection of those who have been not only great inspiration to me, but also close friends and partners in crime. I have travelled with them, either working alongside them as a journalist, or hosting them to events organized by the various car companies I worked for.

I am listing them in no particular order, but let me assure you, in my opinion they have all achieved the status of legends. 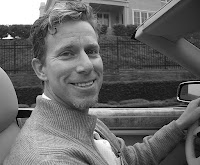 DAN NEIL
I first met Dan when he began writing freelance for the Los Angeles Times. His style was a bit ‘off the wall’ even then. He had a healthy disregard for PR people, believing they would simply fill his head with extraneous BS; so he developed a very fine BS filter and just went ahead and wrote it how he saw it.
This approach frustrated most PR people, because sometimes (either accidentally, or perversely) he missed including the main messages about the car in his writing.
However, one day I took him driving in a Bentley around LA, and we spent the day getting to know each other, and we hit it off, becoming good friends.
Dan moved to New York and became the senior automotive writer for the Wall Street Journal, where he remains an ‘enfant terrible’ to PR people, but along the way his writing became fine tuned as not only excellent automotive critiquing, but also social comment. It was so good in fact Dan Neil became the only automotive writer ever to win a Pultizer Prize.
In my mind, that says all there is needed to say about Dan Neil’s journalism.

BILL TUCKEY
Since 1953 Australia had two high circulation monthly motoring magazines, first there was WHEELS magazine, started by Hudson Publishing, with Athol Yeomans as editor. MODERN MOTOR was started a year later by an entrepreneur called Colin Ryrie.
Bill was appointed editor of WHEELS in 1963, and quickly made his mark with quirky opinions, and much humour.
He was also irreverent, topical and aggressive, and made sure that a high quality of journalism was religiously maintained by WHEELS.
Bill's insistence on journalistic excellence resulted in WHEELS gaining a reputation for good writing.
I first met Bill in 1966, and our initial friendship and mutual respect meant that when I moved into the 'Black Art' of PR, he always gave me some leeway, when I was sprouting the PR messages.
He was another with a great BS filter, but over the years that followed we worked together on a number of PR events, which (despite our friendship) he always wrote about honestly without fear or favour. 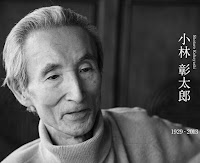 SHOTARO KOBYASHI
I first met Shotaro in 1979, but he was already well established in Japan as the founder and editor of CAR GRAPHIC, and highly respected by every car company in the world. He was something of an Anglophile, and really enjoyed his trips to England.
I first met him on the press launch of the Jaguar Series III, held in Torquay. We drove together for both days of the driving route and he was extremely gracious, well educated in car design, and a thoroughly entertaining companion.
We remained in contact up until his untimely death from cancer, and he loved to talk about his experiences in English sports cars, and told me his favourite was his prized MG TC. 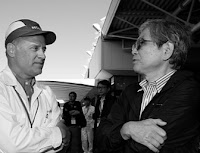 JACK YAMAGUCHI
When I became Editor of MODERN MOTOR I 'inherited' Jack (right) as our Japanese correspondent. In all the years we communicated (by letter), I never met him, but he had a very finely tuned 'news sense' and was never one to miss a new development, or a new car. In fact he was the first Japanese auto writer to 'leak' stories about new models, and take the occasional 'scoop' photo, and because of this the Japanese car companies did not know how to handle him. They had the utmost respect for him, but 'scooping' was very un-Japanese, so sometimes they tried to make him wait for story details; but Jack, as always, had 'moles' in the car companies who were only too pleased to leak the details.

HAROLD 'DEV' DVORETSKY
'Dev' had been based in London ever since his early 30s, when he had met and married his wife Angela in the 60s, and lived in Surrey. Dev was born in Western Australia, of Russian parents, but was very Aussie in his speech and temperament.
He was the 'stringer' for every magazine published by MODERN MAGAZINES (cameras; hifi; electronics; boating; cricket;  motoring, and many others). His great value to MODERN MAGAZINES was his ability to cultivate contacts in every walk of life, and to dig out scoops, regardless of the subject.
Journalism was not his strong point, but getting the latest news certainly was, and he was invaluable to me. At one point our Publishing Manager told me to go to London and fire him, because his expenses were outrageous.
I returned, telling my boss he was too valuable to the organisation and in the words of the era, "suck it up."

Posted by John Crawford at 7:17 PM