ROVER? THEY USED TO MAKE CARS, DIDN'T THEY? 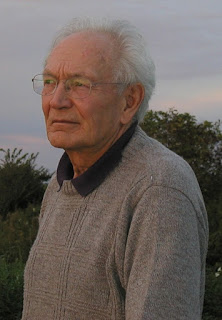 The decline and virtual disappearance of the Rover car name causes me considerable anger and disappointment, due to my very close connection with one of Rover’s brightest stars – Spen King, father of the Range Rover.

Spen King joined the Rover Car Company, from an apprenticeship at Rolls-Royce in 1945. At the time the company was run by his uncles, Maurice and Spencer Wilks.

Rover cars by then had earned an excellent reputation for quality, integrity, strength and reliability. They also featured tasteful, high quality interiors, similar to those seen in Jaguars and Bentleys. 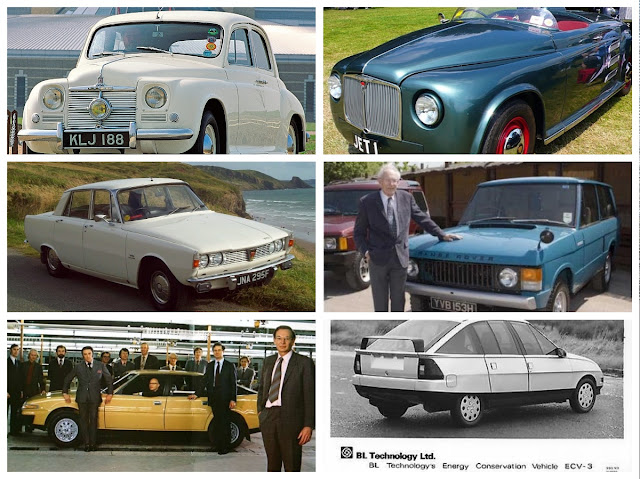 Spen (named Charles Spencer King after his uncle) was a gifted engineer and worked on many very important projects including the first Land Rover; the prototype gas turbine car, Jet 1; the Rover P6; the Range Rover, and finally the Rover 3500.

I first met him in 1979 and we became firm friends right up until his death in 2010, in a freak cycling accident. Over the ensuing 31 years I visited him many times in the village of Cubbington. 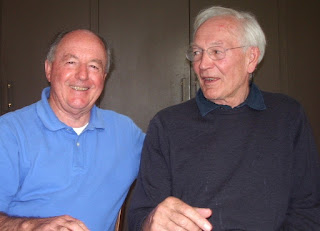 In fact we lunched together less than a year before his death. Throughout my close friendship with Spen my already existing respect and admiration for the Rover company grew and grew as I learned more and more about it, both of us sitting by the fire chatting about cars'n'stuff in his delightful home, the Old Manor House.

Rover was a car manufacturer from 1904 through to 1967, when it was swallowed by the Leyland Motor conglomerate. From that time on the Rover name became tarnished by lack of funding, lack of independence, lack of engineering integrity and general lack of attention to its history and achievements. Leyland then became British Leyland and continued to desecrate the Rover name,
applying it to many forgettable cars – no doubt in an attempt to imbue the cars with a sort of ‘virtual integrity’. 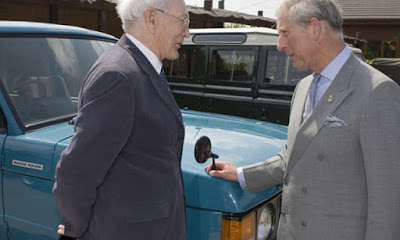 Spen King was made Chairman of BL Technology where he designed and built a number of Energy Conservation Vehicles (ECVs), projects which really impressed people, and leading ‘thinkers’, like HRH Prince Charles. However he was continually frustrated by BL’s treatment of the Rover name and what it stood for, so he retired in 1985.

Rover then became, firstly, Austin-Rover; then Rover Group; then MG Rover. In its final iteration it disappeared in bankruptcy in 2005 thanks to the ineptitude, and almost criminal disregard by the four directors in charge. 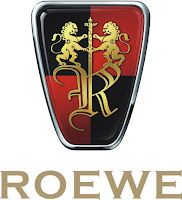 As the core was disappearing, SAIC of China tried to buy the name, but it had been sold (by one of its former owners, BMW) to Ford, who subsequently sold it on to Tata Group along with the Jaguar and Land Rover names. So SAIC created a new name.

SAIC then tried to buy MG, but was outbid by the tiny Nanjing Company. Smarting from that failure, SAIC ‘merged’ with Nanjing, and then promptly took over the smaller company, which resulted in SAIC gaining control over all the intellectual property of MG and Rover car designs, but not the name, Rover.

To all intents, the Rover name is no more. The badge remains, virtually locked in a vault at Tata Group, and it’s unlikely it will ever appear again in its own right.

So what of the Rover cars which were part of the salvage rights when SAIC came into the picture?

What SAIC ended up with was the Rover 75, the Rover 45 and the MG F. It decided against trying to re-enter the sports car market, so cars that now wear the MG badge are rather undistinguished hatchbacks of a uniformly ordinary appearance, and less than scintillating performance. I think the word is, bland. 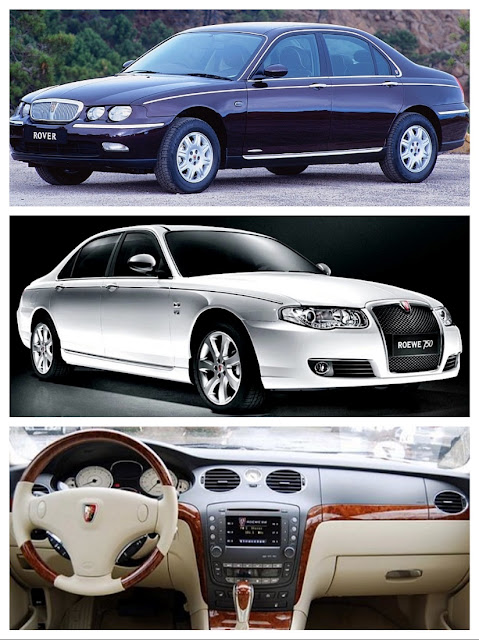 The Rover 75 has now reappeared in China as the Roewe 750, complete with virtually all the same body pressings as the Rover 75; plus the interesting, but initially flawed, KV6 V6 engine (see separate upcoming post).

According to SAIC, the Roewe name does have some resonance/similarities with the name Rover (?).

The Polish word we now use for bicycles, rower, was used initially because Rover produced cycles with identically-sized wheels – unlike the penny-farthing.

SAIC also says Roewe is a combination of the Chinese symbols  ‘Róng’ and ‘wēi’ which roughly means ‘glorious power’, and is also similar to the German word for Lion – ‘Loewe’.

However, that sounds like a PR company ‘spinning’ a line. 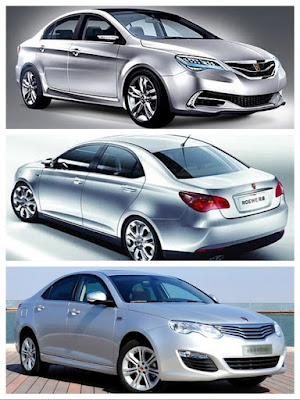 SAIC has been working on a new range of cars, in addition to the 750.

It has developed a smaller car, the 550, from the N1 concept. 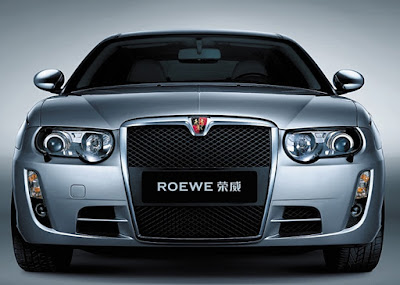 So far the Roewe brand has not been seen outside China, and I doubt it ever will. SAIC is a huge motor vehicle manufacturer producing close to 2 million vehicles a year, both under its own various brand names, and also in joint ventures with GM and Volkswagen. It does not need to export Roewe to make money, or to waste money trying to grow a brand which sounds weird to western ears.

But, take it from me, Rover, as we knew it, and all the impressive achievements it made, is dead. I’m sure that sound you heard was Spen King rolling in his grave.
Posted by John Crawford at 8:20 AM