TRAVEL DIARY NOTES, FROM A YANK DOWN UNDER

Driving the last Australian-built Holden Commodore prompts thoughts of what General Motors automobiles in the United States might have become if the company had not switched mostly to front-wheel drive  in 1996.

Back in the 1960s and 1970s every motorist in the U.S. knew what to expect from the GM brands of Chevrolet, Pontiac, Oldsmobile, Buick and Cadillac. They were rear-drive and big; they had mushy suspension systems, lousy brakes and, as the late, great Carroll Shelby remarked to me in a private conversation, “Oh, yeah. Great motors; couldn’t turn, couldn’t stop.”

Shelby, the renowned race driver and developer of the storied Shelby Cobra, was reacting to my comment that I did not like the muscle cars of that era: Pontiac GTO, Oldsmobile 442 and, maybe the Buick Grand National. I felt that despite their performance claims, they were pretty primitive.

Though GM moved to front drive, Holden motored on with rear-wheel drive and the Commodore, in particular, was affectionately embraced by Australians over the years.

Almost any enthusiast will testify that rear-drive is superior for high performance cars. Everything equal otherwise, rear-drive delivers better balance and handling, as witness the fealty with cars like the Chevrolet Corvette. Front-drive, on the other hand, works better for the masses due to improved traction in messy weather. 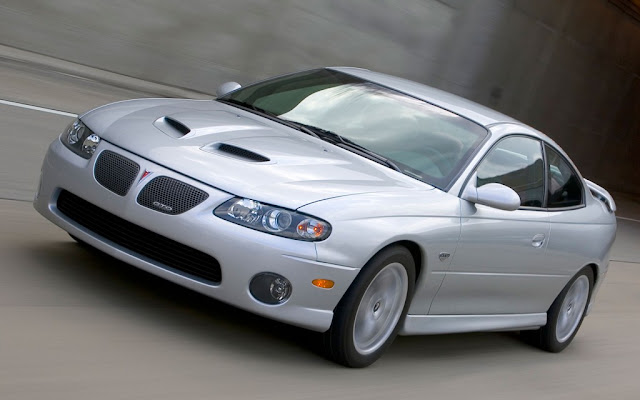 GM tried to revive rear drive memories in 2006 when it re-introduced the Pontiac GTO, although it was actually a Holden Commodore two-door. Ultimately it failed to take off due to the high export price from Australia, thanks to currency volatility.

Interestingly, just as GM has just halted complete vehicle production in Australia, in favor of rebadged imports from Europe, it has returned to rear-drive in some U.S. models.

It sells the Chevrolet SS, which is another rebadged Holden Commodore, and recently brought out the Cadillac CT6, which comes with rear-drive or all-wheel drive. 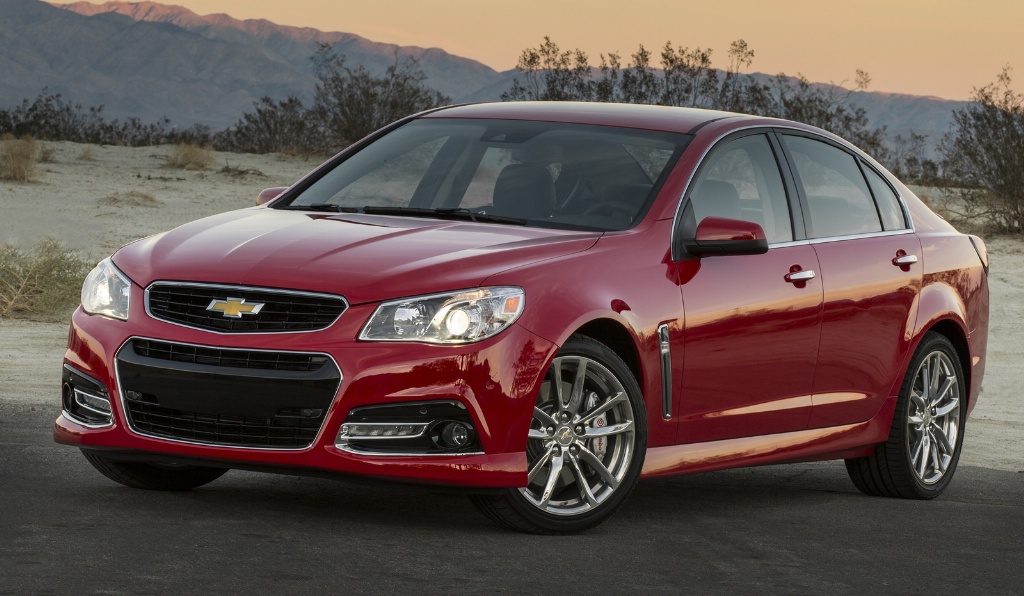 That was mainly a response to luxury buyers’ preference for rear-drive Mercedes-Benzes, Jaguars and BMWs, though Audi stuck with front-drive and Quattro all-wheel drive. The first modern Cadillac with rear-drive was the 2003 CTS, followed by the high performance CTS-V.

I have had a lifetime yearning to experience Australia and, although I had reviewed a Chevy SS awhile back, I’d never driven a Holden. Through the good offices of GM-Holden Australia and Aussie John Crawford, onetime U.S. public relations chief for Jaguar, I was able to borrow a test Commodore. 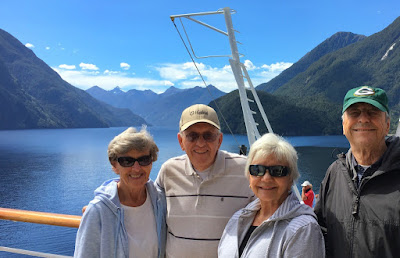 My wife Sharlene, and traveling companions Richard and Dorothy Ryan, had but three days in Sydney and environs before setting off on a vacation cruise to Tasmania and New Zealand. That's Sharlene and me on the right. 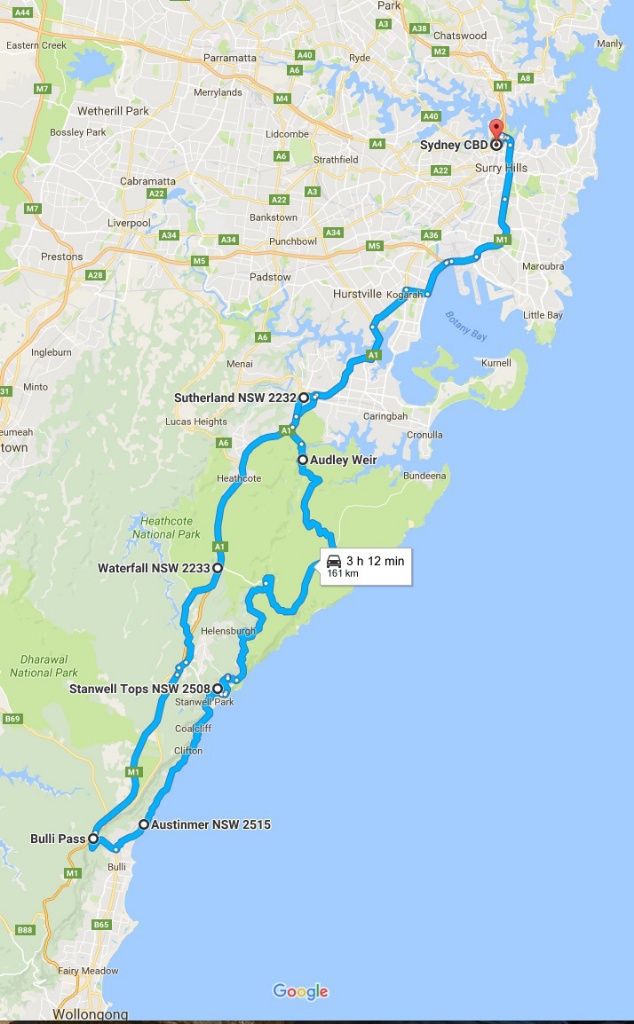 In the chartreuse Commodore, we experienced a drive south down the east coast from Sydney’s CBD, cruising through tidy small towns, the unspoiled forests and twisting roads of the Royal National Park, as well as witnessing breathtaking views of the Tasman Sea, from Stanwell Tops.

The Commodore is a big car. Wives commented about how roomy and airy the back seats were, with great visibility of the scenic surroundings. We drove as far south as Bulli, then returned by the inland Princes Highway. I would recommend that trip to anyone on a short visit.

Though it’s no two-seat Mazda MX-5 Miata or Porsche Boxster, the Commodore handled the twisting road through the National Park with aplomb. It cornered flat, with little body lean and no anxiety.

Of course, I did not drive aggressively because the road was unfamiliar but it was obvious that the car could have been pushed much harder.

General Motors cars have improved greatly over the years. Instead of designing and building mostly forgettable cars, it now produces some of the best in the market. They include the new Chevy Cruze, Malibu and Impala, and Buick La Crosse—all front drive—as well as the new rear-drive Cadillac CT6 and, of course, the Corvette and Camaro.

I couldn’t help but conclude that if GM had continued on its former rear-drive path, it likely would have produced cars like the Holden Commodore for our US market. 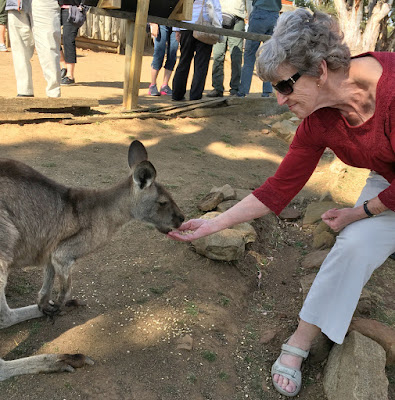 If you’re planning a trip to Australia, you could get a memorable feel for the country and its people by duplicating our motoring trip south of Sydney.

Even the wildlife is friendly!

Thanks for the memories,
Frank Aukofer

Frank Aukofer has written a motor vehicle review column since 1975. Now called DriveWays, it is distributed to newspapers and websites around the country.

As a reporter in Milwaukee, he wrote about motor vehicles on an occasional basis starting in 1961. He gave that up in 1964 to cover the civil rights beat, including the Selma March in 1965, the assassination of the Rev. Martin Luther King Jr. in 1968, and the Detroit riots in 1967.

Transferred to Washington in 1970, he spent 30 years covering Congress, the Supreme Court, the White House and politics. He covered the impeachment proceedings against Presidents Nixon and Clinton, as well as many other big stories, including the first Gulf War in 1990 and 1991. Frank also publishes on the website:  www.reviewgarage.com
Posted by John Crawford at 12:44 PM