It may be smallish, but it’s certainly a ‘little package with big potential’. This is the second ‘go’ at the four digit 08 series – the first one was a dud, in Australia sales were awful. But that was down to very poor product mix; poor drivetrain choices and inconsistent performance. 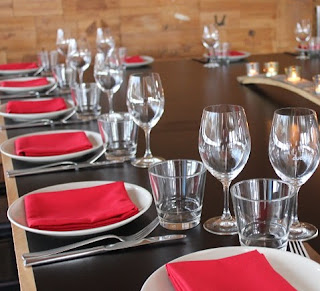 I think the previous 2008 offering for Australia was the last agenda item, that was hurriedly finalised over a long lunch in the boardroom on Avenue de la Grande Armee, with too many bottles of red served with the ‘plat principal’. 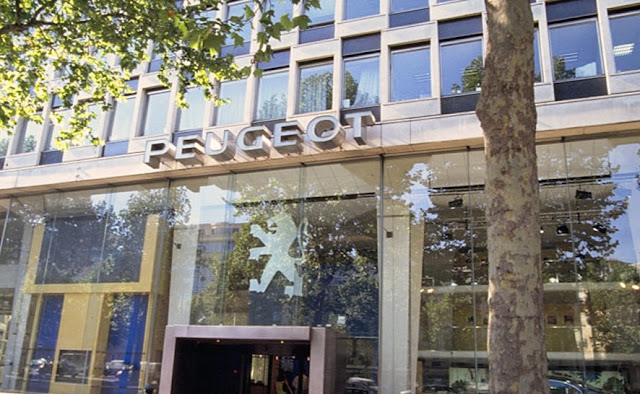 Having spent many hours in the Peugeot boardroom in Paris over the years, arguing prices, equipment, options and volumes, believe me, I know how these things happen. 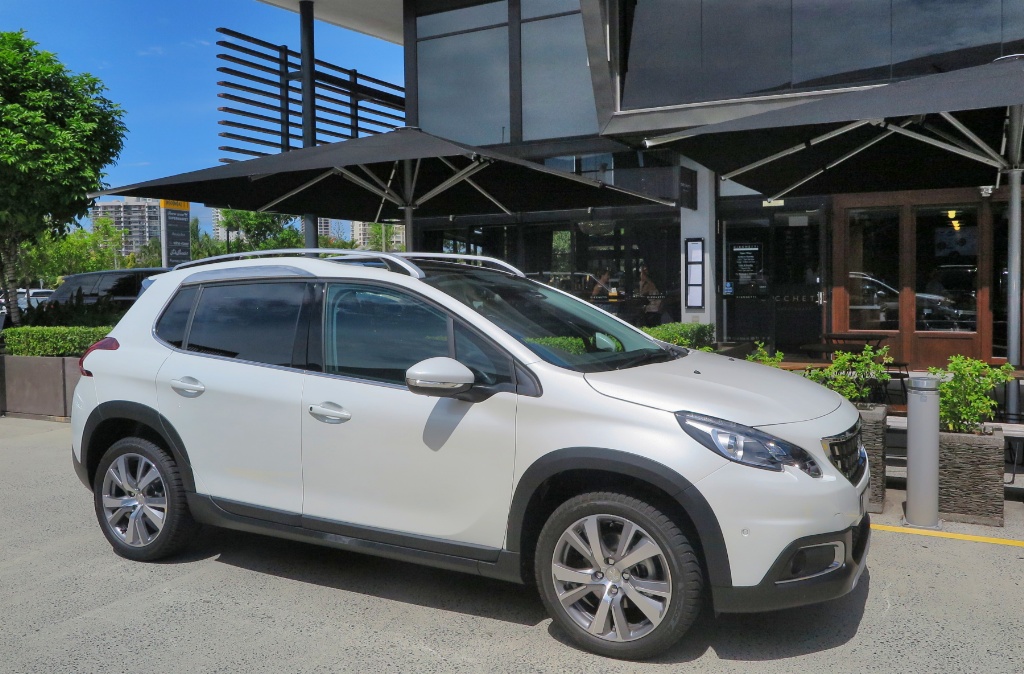 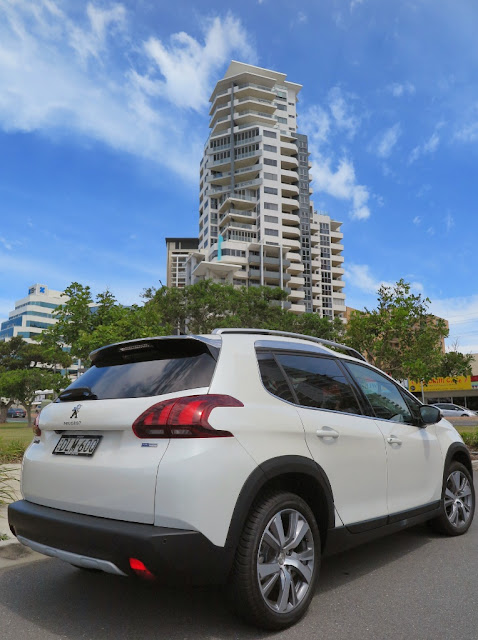 However, the 2017 Peugeot 2008 arriving on our distant shores is a much slimmer range of models, with very consistent and cohesive structure and pricing.
There’s just three – Active, Allure and GT Line.

Regardless of what was discussed this time in the boardroom when the choices were finalized, the price-leading Active is the pick of the bunch.

Down Under, the pricetag for the Active reads AUD$26,490, and with that you get alloy wheels, Apple Carplay, smart cloth seat coverings, attractive interior design and PSA’s ‘Pure Tech’ turbocharged 1.2L three cylinder, mated to the outstanding Aisin 6-speed auto.

Everything about the 2017 version is terrific – excellent ride and handling, gutsy performance, comfortable and pleasant interior ambience and very frugal fuel economy.

It doesn't even pretend to be an SUV; it's a super-practical compact car for the metro masses, living in big city highrise towers. 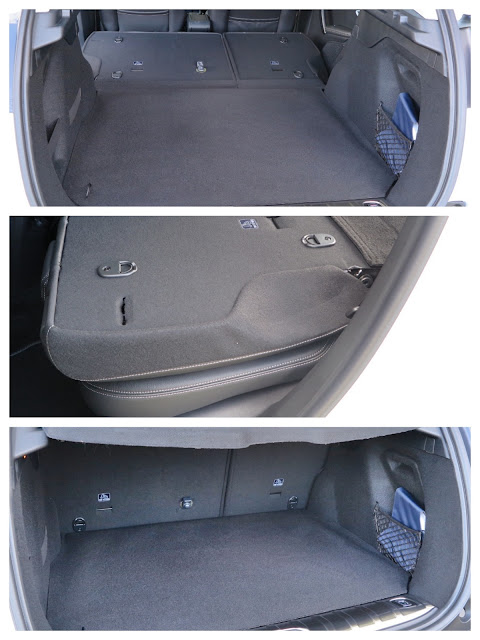 Now, when you start packing stuff in the rear; that’s when it becomes the little packet with ‘gros potentiel’.

The designers have answered my main bugbear with folding rear seats. As you lower the backrest, the squab (that’s the bit your bum’s on), slides forward and down, meaning you get a nice flat four to load your stuff onto.

In fact, despite the speedy image of the cheeky 208 hatch; I reckon the 2008 has the ‘gros potentiel’ to be the big seller.

There is one major point at issue, which doesn’t bother me, because I am vertically-challenged anyway. 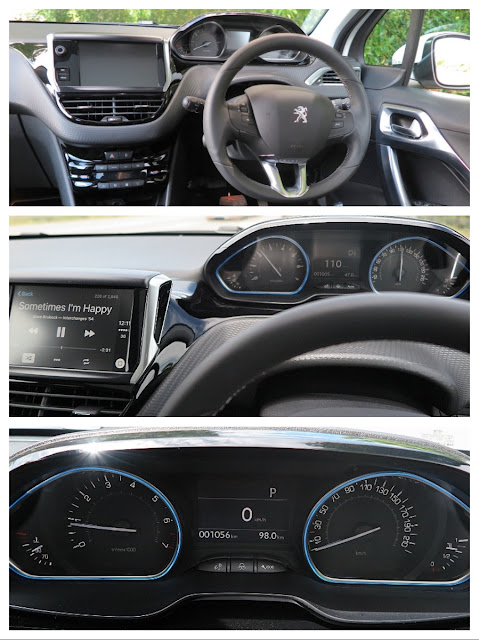 The funky, small diameter steering wheel seems to get in the line of sight of the instruments for taller people; but for we who are close to the ground, it’s just fine.

Also, I think the smaller steering wheel definitely renders a sporty sensation when wheeling the 2008 around the twisty bits. 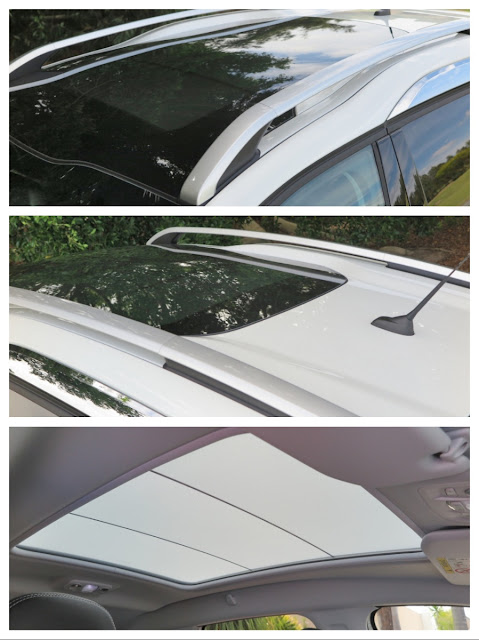 The $1000 glass roof seems a tad expensive, but inside it comes with a pure white blind, of a very soft material, providing an ethereal, diffused glow to the interior.

As I said when reviewing the Peugeot 308 recently, it seems Peugeot’s got its mojo back; and the 2008 is further evidence of fewer bottles of red at lunch, and more clear thinking. 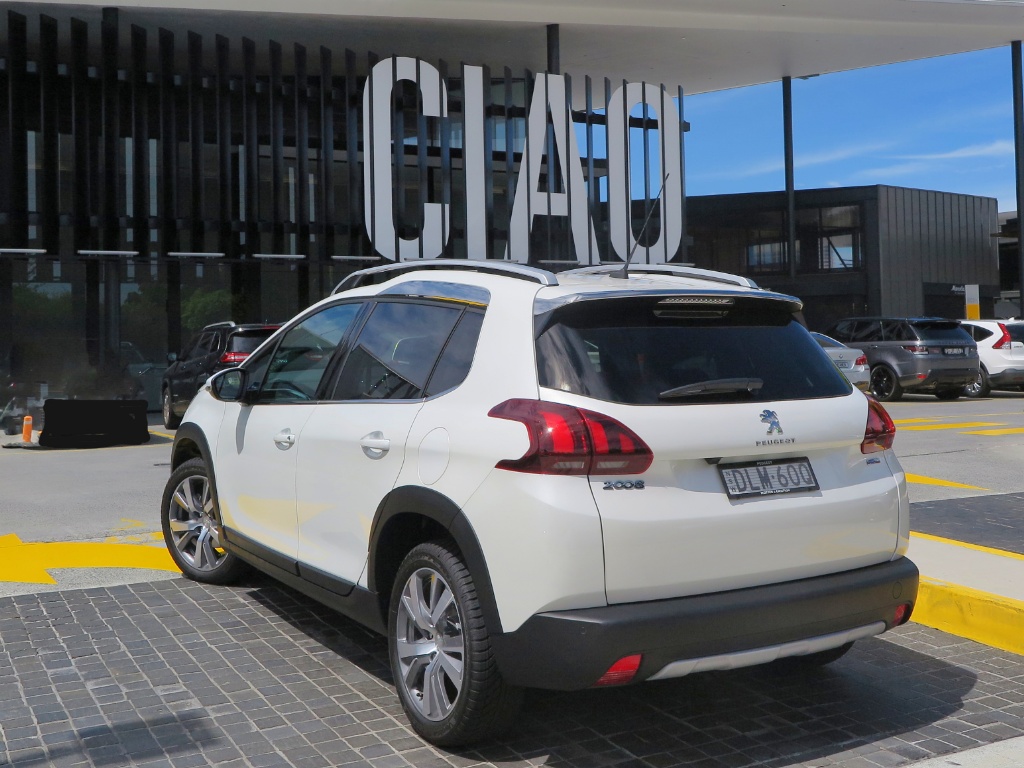 Posted by John Crawford at 9:59 AM