It’s not just the speed, it’s the whole package. Clothed in a skin of absolute beauty by Andrea Loi, under Design Chief Marco Tencone at Alfa Romeo Centro Stile in 2015, the Giulia has done what the late Sergio Marchionne demanded, to restore the integrity, the style and performance image of Alfa Romeo in this new car. 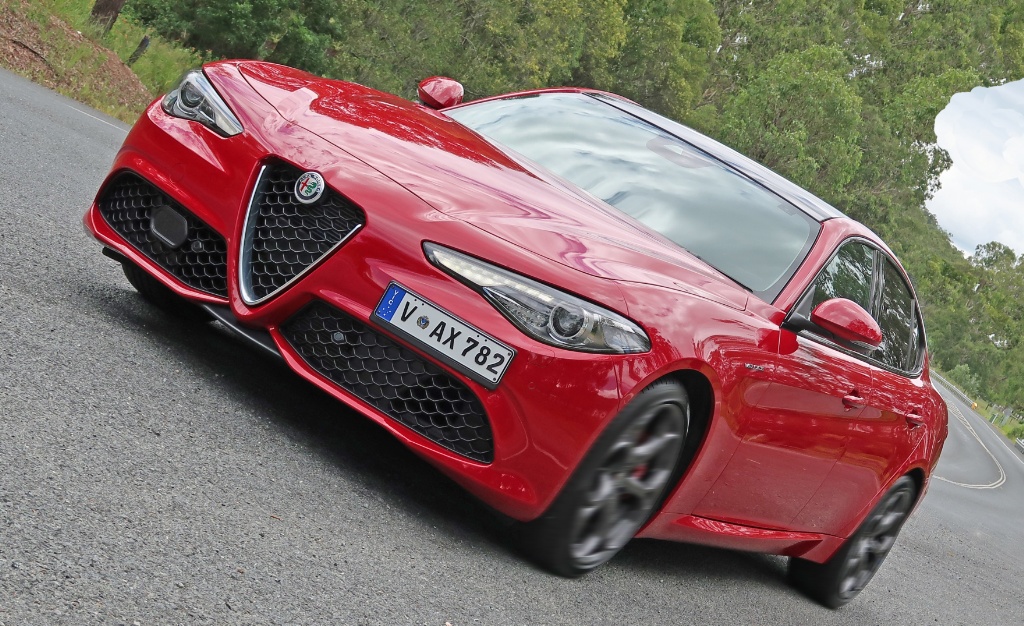 As his final ‘big spend’ before his untimely death, Marchionne invested five billion Euros to accelerate a resurgence for Alfa Romeo, which resulted in the Giulia and the Stelvio SUV – and just about any automotive writer who has driven these two models testify to the achievement of Marchionne’s vision.

Yes, there’s the fire-breathing, Maserati-Ferrari developed Quadrifoglio V6, but most of my experience with the Giulia has been with the ‘starter’ engine, the 2.0L turbocharged four cylinder. This engine. (known internally as General Medium Engine, or GME), was wholly-designed and developed by Alfa Romeo, and built at its Termoli powertrain facility on the Adriatic coast.

It comes in two stages of tune, the 147kW ‘base model’ I drove in 2017; and the Veloce, the subject of this story, producing 206kW. That difference of 59kW means a lot out on the road. It’s perfectly calibrated to the ZF (8HP50) 8-speed paddle-operated transmission, and when you press the accelerator, it responds with impressive urge.

This opportunity to drive a current production Veloce came as a complete surprise, but courtesy of my good friend Paul Gover. Given my gushing Blog Post in December 2017, I am even more impressed with the myriad minor changes, improvements to production engineering, and overall fit’n’finish of this latest version. 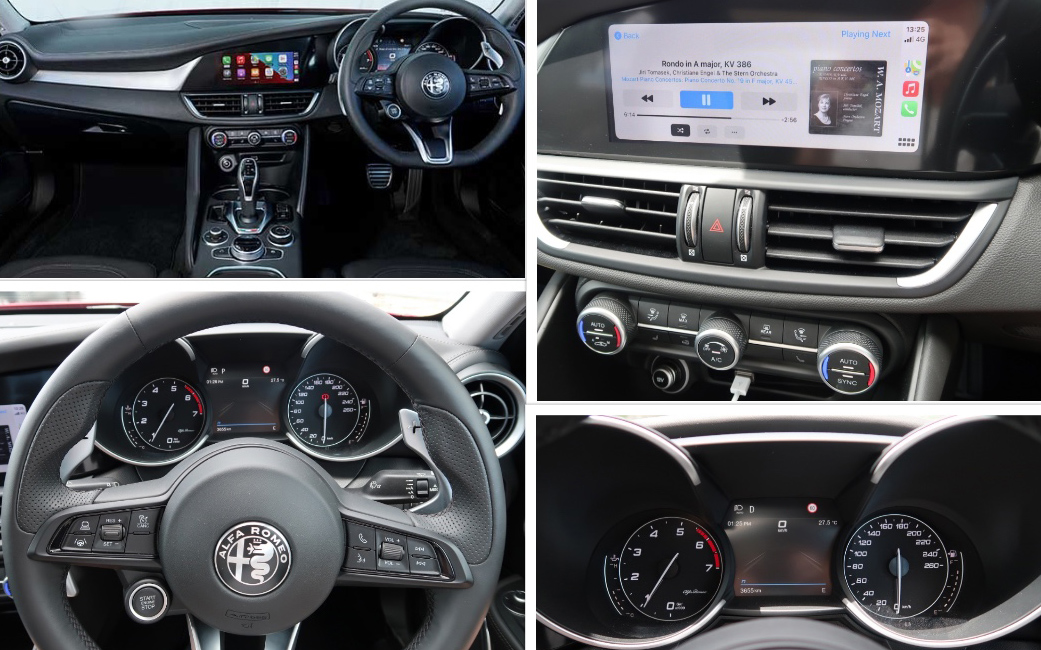 Of course, as a paid-up member of the Alfisti, my 2017 story was a tribute to the brilliance of the Giulia, so this opportunity to sample a 2020 car merely confirmed my first impressions of the Tipo 952 – it’s bloody brilliant! 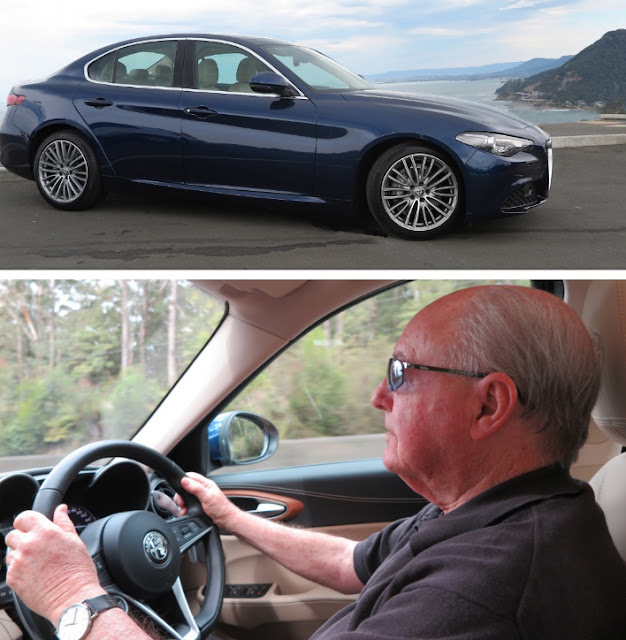 What’s so good? First, and most obvious to the driver, is the beautiful, linear action of the throttle pedal. It is sweet as. Then there’s the interior, with tight trim margins, superb materials and finally the addition of Apple Car Play and Android Auto.

Let's not forget the brilliant handling, thanks to the Pirelli P-Zero tyres, and the fantastic brakes.

Veloce has it all in one package. 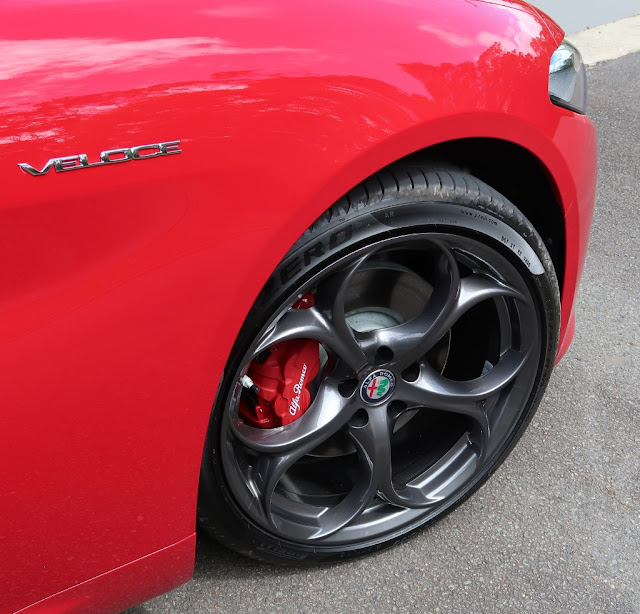 Then, there’s the figure-hugging seats which are superbly comfortable. When you slide behind the wheel it renders you this great feeling of sitting low, with your bum on the ground, guiding this charismatic projectile.

I don’t test as many cars as Paul Gover, so my view may be limited, but if you want to own a simply stunning, rear-drive, performance saloon, you need look no further than the Giulia. Yes, I know the comparable Audi RS, BMW M and Mercedes-Benz AMG models are great – but at AUD$75,000 the Giulia Veloce Q2 is the bee’s knees, a bargain, and deserves to be under consideration.

The name Veloce first appeared in 1956, as a very tidy example of design by Touring Superleggera, but my favourite image is the outstanding Giulia Sprint Veloce of 1966. Designed by Giorgetto Giugiaro for Bertone. That car captured my heart, and engaged me as no other Italian car had at the time. 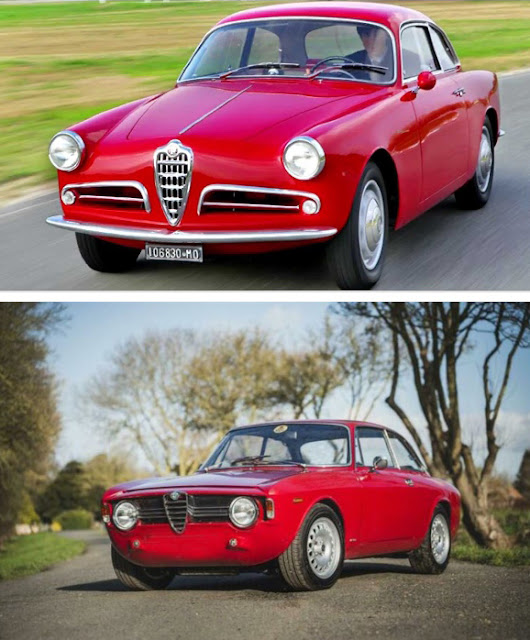 Today’s Veloce also captures the true spirit of Alfa Romeo The marketing  tagline at the time described the 952 as embodying “La meccanica delle emozioni “(The mechanics of emotions in Italian).

As a dedicated Italophile, I am in love again every time I get to spend time driving the Giulia, or even just looking at it. Do yourself a favour, and drive it. You’ll not be disappointed.