KIA K8 - WILL THE CADENZA CUT IT? by John Crawford

In musical terms, the cadenza is where the orchestra stops playing, to allow a solo to flourish - a highlight if you will.

In the automotive concert hall, the Cadenza is a solo performance for the Kia range, in the Americas.
Its alias, or product name, is Kia K7.

I must say I don't think it's the most sophisticated design from the sketch pads of Peter Schreyer and his team.

In fact I think the K7 has too many flourishes. Apparently it's a big hit in the Americas. Make of that what you will.

Up until now it has been built on a platform it shares with the Hyundai Grandeur, or Areza (below), depending on the market.

You may well ask, if there's a model which could potentially be exported to other global markets, then why not? Believe me, Chairman Euisun Chung is a pretty smart cookie.

He knows that passenger cars are pretty much 'on the nose' and while ever the 'Americas' need a big sedan, and the K8 can be built without huge investment, by borrowing underpinnings from the Hyundai Grandeur - then why not?

When it's finally time to drop the guillotine on the big sedans, they'll disappear without trace. 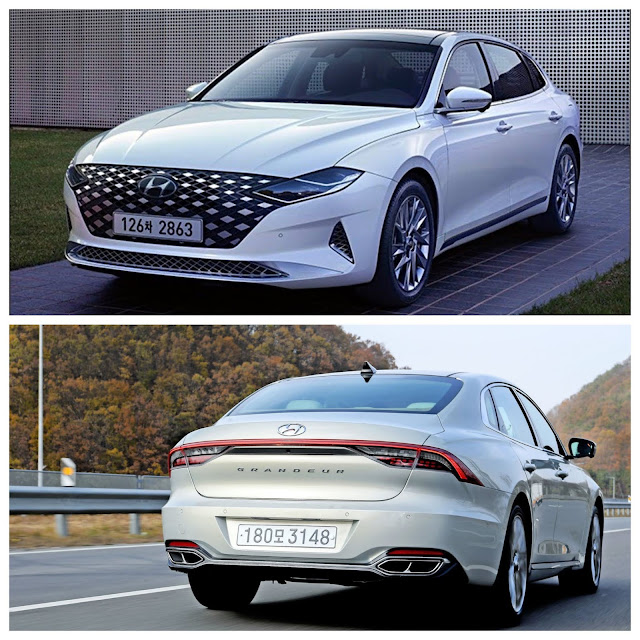 So this is the Kia K8, which is also being employed to show off Kia's new interpretation of its corporate logo. 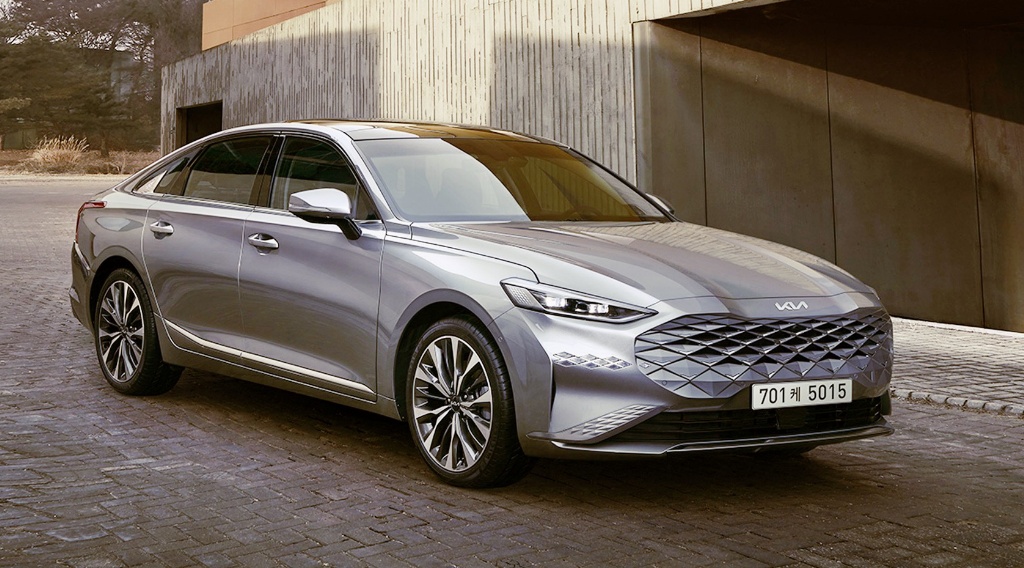 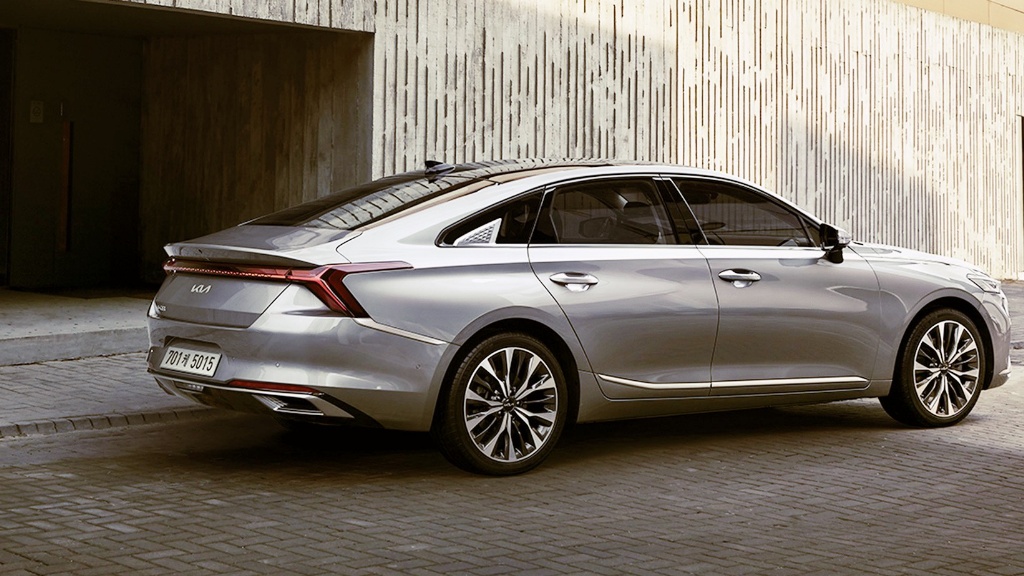 Will it be sold in Europe, or Australia for that matter? The word from Korea, is a very definite NO. Hyundai-Kia right now needs a bigger car for the Americas, so K8, with lots of glitzy diamonds strewn about, is the new big thing.

Posted by John Crawford at 3:26 PM