Supercar fans may have to wait in line to witness the eagerly anticipated punch-up between bitter rivals Ford and Chevrolet at one of the world’s greatest race circuits - Bathurst’s Mt Panorama.

As if the salivating prospect of the Blue Oval versus the Bowtie battle of Bathurst in the October 1000km “great race” wasn’t enough to make dedicated racing fans have a small wee in their pants in anticipation, the war on the mountain may be set to erupt earlier than anyone ever expected.

While in the Ford corner you’ll definitely have a muscle-bound Mustang ready to blacken eyes and bloody noses, where on Chevrolet’s side of the ring you won’t find the bulging biceps of the thundering Camaro.

Yes, you read that right, a Corvette C8! 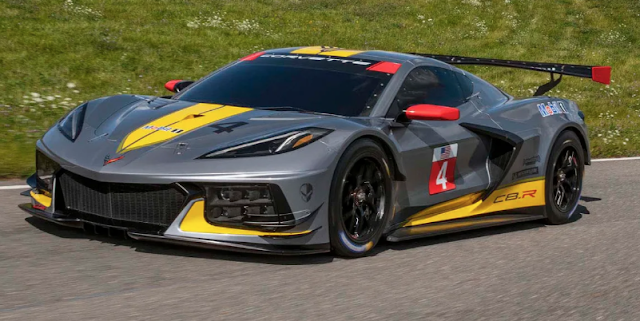 And this heavyweight showdown of two automotive legends could be coming to a Mt Panorama near you as early as February 2022.

A major change in the rules for the US-centric IMSA sports car championship due to be implemented for 2022 season will almost certainly see both Chevrolet with its hero-model Corvette, and Ford’s ubiquitous Mustang both appear in GT3 body armour before the end of this year.

Meaning, of course, examples of both could easily be on the grid for the 2022 Liqui-Moly 12 Hour Down Under either as fully-funded factory entries or in the tender loving care of well-heeled privateers.

IMSA announced during the lead-up to the recent Rolex Daytona 24 Hour epic that in 2022 the unloved GTLM class, once a happy hunting ground for manufacturers wanting to race sports cars in both the European focussed  World Endurance Championship (including Le Mans) and the USA’s IMSA showdown, would be scrapped.

Once upon a time, the GTLM class in IMSA saw the likes of Corvette go head- to-head with factory entries from Porsche, Ferrari, Aston Martin and BMW to name a few. Indeed Porsche ended its program worldwide as did Aston Martin.

Now only Chevy remains as a full-time contender in the US, taking on one privateer Porsche RSR and, but only in the endurance races, a couple of BMWs from the Bobby Rahal stable.

It was in one of these cars that Aussie Chaz Mostert shared a class win at Daytona only a year ago but couldn’t go back in 2021 because of the Covid travel restrictions.

At the same time as it gave GTLM a mercy bullet to the head, IMSA also announced its exciting new alternative, GTD Pro, which you can bet is also attracting the attention of the WEC rule makers at the ACO, the organisers of the annual 24 Hours of Le Mans. 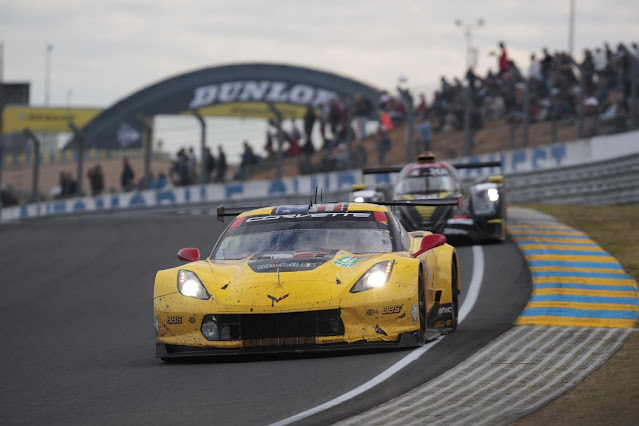 The GTD class that was on show at the Daytona classic is designed for GT3 category machinery but remains a pro-am class, mandating that while you can have a professional driver, you also need amateurs sharing the driving duties and that factory teams are not welcome. Lexus pushes the boundaries here with the Vasser-Sullivan entries, but…..

With GTD Pro, factory entries are welcome - encouraged actually - and if you could afford it you could have Lewis Hamilton sharing a car with Daniel Ricciardo, Fernando Alonso and Sir Stirling Moss. Of course, the latter combo may pose a bigger problem than money!

GTD Pro is designed to bring back the manufacturers, those already heavily invested in GT3 racing which currently includes Audi, Bentley, McLaren, Mercedes and so many others.

With the writing on the wall both in the USA and the civilised world, Chevrolet is now fast tracking its Corvette GT3 program which, well away from prying eyes, has actually been in progress for at least the last 18 months. 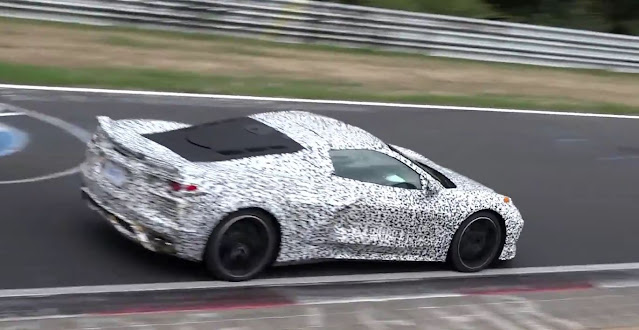 The initial and top-secret development of the GT3 Corvette was carried out alongside the design of the GTLM car and, although it’s not exactly a push-the-start-button deal, a completed car could be up and testing within months.

Heading the Corvette program is GM’s recently appointed Sports Car Racing General Manager, Laura Wontrop Klauser (below), hugely qualified with degrees in both engineering and mechanical engineering and infectiously enthusiastic about the future ahead. 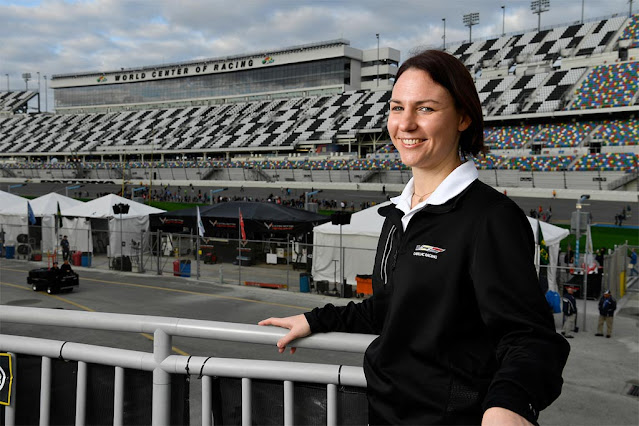 “We’re going to have to pivot here and possibly adapt, and that’s what we’re working through. We’re figuring out, ‘Where do we want to play?’” she admitted in a recent interview .

“What makes sense for the company, for the brand? How do we incorporate all of this into a universal budget and get the best bang for our buck in terms of exposure, learnings, and fan interaction?

“I think we’re coming up with a pretty solid plan here, and I think we’ll, hopefully, be able to share that with all of our loyal fans in the very near future. But don’t worry. Corvette Racing is not going anywhere in terms of a Corvette being on the grid somewhere because that’s our brand. That’s what belongs out there, beating the pants off a Porsche, BMW and Ferrari, and anybody else we want to compete against,” she told a US magazine.

And most tellingly: "Racing is in Corvette’s DNA." 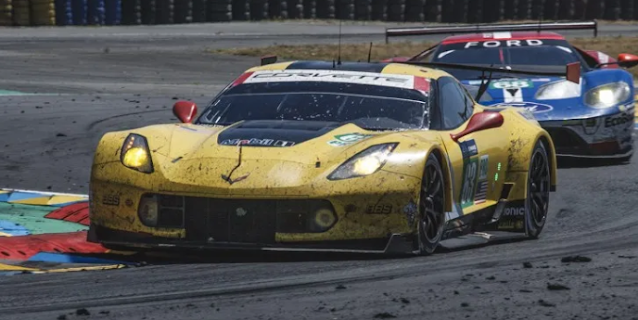 Having killed off it’s GTLM program which was headlined by the mouth-wateringly beautiful Ford GT, the Blue Oval has been missing from sports car racing lately, but you can bet that’s going to change.

Ford already has a GT4 version of the Mustang for sale (below), and a GT3 version is not only a possibility, it’s a damn probability. 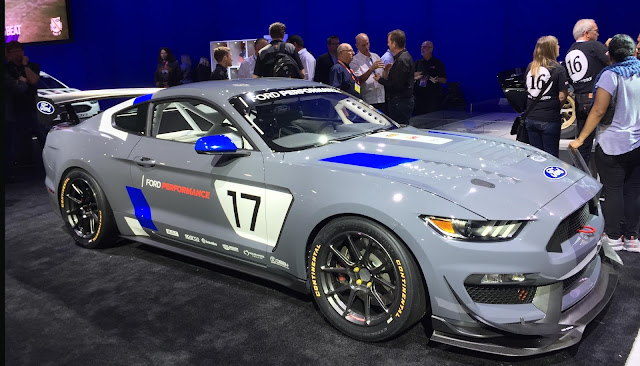 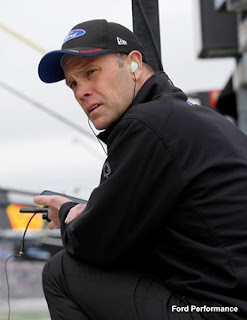 The head of Ford Performance and a familiar face at the Bathurst 1000 in recent times, Mark Rushbrook, doesn’t really dance around the issue.

“That (GT3) is definitely of interest as we want to race Mustangs everywhere, since it’s now a global sports car,” he said.

And there’s even a larger silver lining in the GT3 category for both GM and Ford.

The fact is that GT3 cars can be manufactured and sold to customers, which makes them a revenue source as well as a brilliant marketing tool. 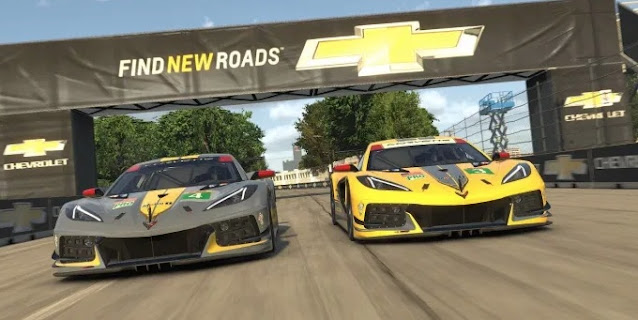 Add that to the allure of Mt Panorama, and let’s look forward to the Bathurst 12 Hour in 2022.

And then, of course, there will be October for the second showdown.