FORD PUMA - CROSSING OVER TO NEW TERRITORY by Paul Gover

QUESTION: WHAT'S A PUMA? ANSWER: IT'S ALL OF THESE! 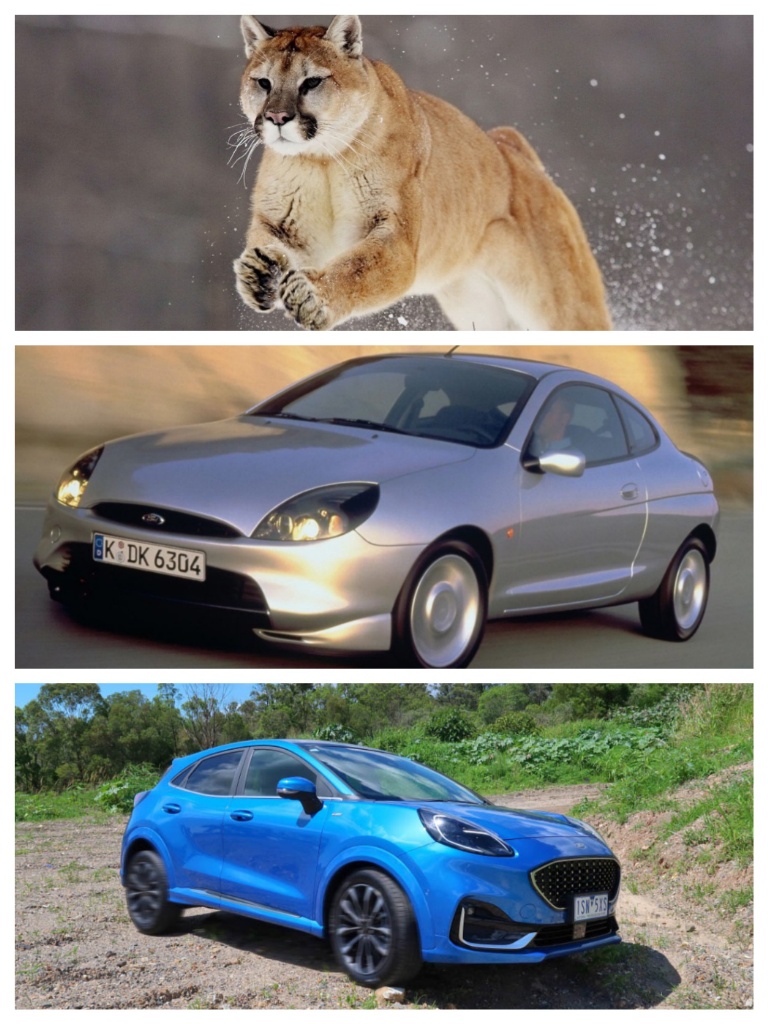 It’s not easy to find the right parking spot for the latest Ford Puma.

Some people see it as a curvy hot hatch and others think it’s a compact SUV.

For me, coming from a time when the original Puma was a two-door sporty coupe in the 1990s (Centre, above), the decision is even tougher.

It’s morphing from one thing, its hatchback roots in the Fiesta, into an SUV with a modern and stylish twist.

The official car world name for cars like the Puma - and they can be a mix of almost any two styles or backgrounds - is a crossover.

So the Puma is crossing between hatch and SUV, and sometimes back again. It has a sporty driving feel, the bodywork is way different from a typical big-box SUV, yet it’s also trying to be more flexible than a traditional baby hatch.

Ignoring how to classify it, and find the people who are likely to buy it, the new-age Puma is a practical little runabout that’s surprisingly nice to drive.

It has a perky three-cylinder engine and a responsive seven-speed DSG automatic gearbox, as well as suspension tuning that’s closer to the hot hatch Focus ST - or the old Focus RS - than the majority of other baby SUVs.

It’s closest competitor, based on style and a sporty intent, is the slow selling Nissan Juke. It was too rough originally and, although now a sweeter package with a $27,990 starting price, is still too polarising in the way it looks.

It is well equipped, with everything from a large infotainment screen with satnav and punchy bass-focussed sound system, as well as the usual alloy wheels and upgraded interior trim. The ST-Line upgrade comes with flappy paddles for the transmission and sports front seats.

Spending more can also bring a giant two-hole sunroof system and a 575-watt Bang & Olufsen, although I would question the need to go beyond the ST-Line. 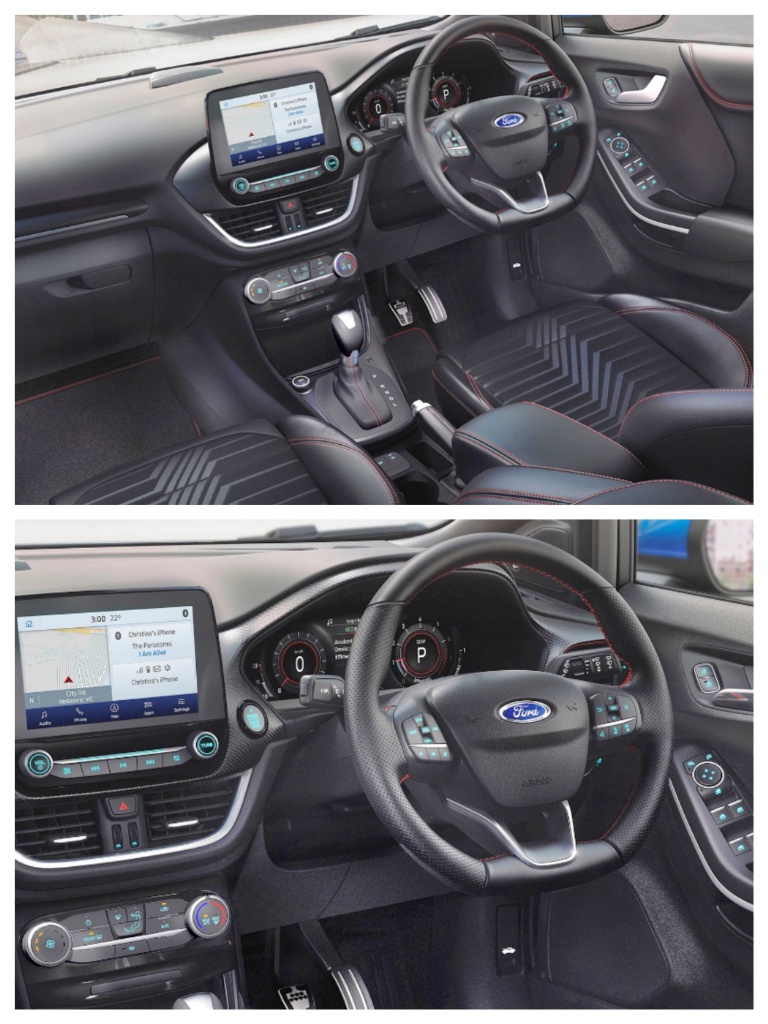 Ford is baiting potential buyers by combining a roomy interior - there is excellent luggage capacity that trumps the Mazda CX-3, but a cramped back seat.

There is nothing special about the Puma back seats, which have hard plastics, and no sign of aircon outlets, but the front has softly-padded doors and USB connectivity and clear-to-read instruments and a heads-up speedometer display.

At first, the Puma feels a bit harsh. The suspension is taut and the three-cylinder engine is a bit thumpy.

But it only takes a couple of kilometres to settle into the car, and start to enjoy the responsive steering and cornering grip. It’s also very economical, with fuel use better than 6 litres/100km.

Despite being a tiddler, three-pot, the turbo engine also comes alive once the engine is spinning with more than 2000 revs, and that’s easy to manage with the touch-change paddles behind the sports steering wheel.

Passengers were not particularly happy in the back seat, which is also pinched for a view outside, but the front buckets are comfortable and supportive, and I like any car that has a heads-up display to prevent inadvertently straying over the speed limit.

So, the Puma is a crossover that works and, for people that want more than just a boring box, it's stylish, practical and fun to drive.

But, my mate John Crawford has the last words - it's not a 'Crossover', He says,  it's a 'Hi-Rise Hatch' with personality-plus! We both think Ford has done a great job with this one.

Posted by John Crawford at 3:52 PM