Drive just 65km northeast from Capetown (below) and you’re in Paarl, a prosperous town, known widely as the gateway to the Cape’s winelands. 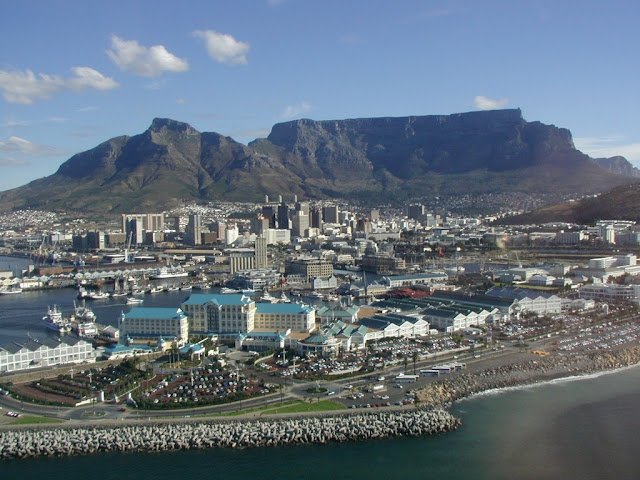 Paarl has several claims to fame. It was the birthplace of the Afrikaans language; the third oldest European settlement; and it is where Nelson Mandela was freed after 27 years of imprisonment, in February 1990.

Whilst there’s no shortage of 5-Star accommodation in and around Capetown, Paarl is the location for one of the best – The Grand Roche Hotel. 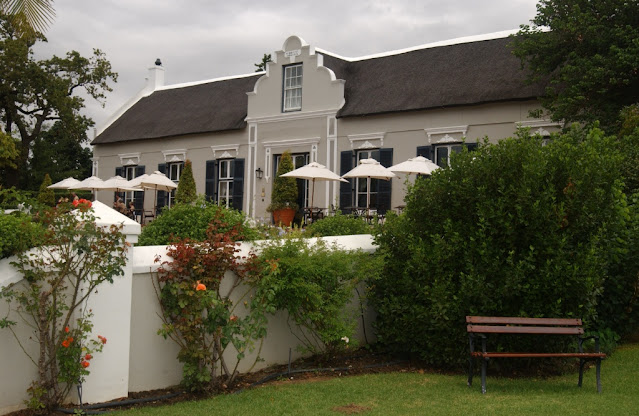 Originally a wine estate and farm, established in 1715 by Hermann Bosman, it remained in the family for almost 200 years, but in 1993 it was converted into the property it is now.

Unlike most luxury hotels, this one comprises suites and cottages, developed from the farm’s many outbuildings, which surround the original Cape Dutch manor house. Yes, it carries 5-Star prices, but even a short stay will impress the most jaded tourist. 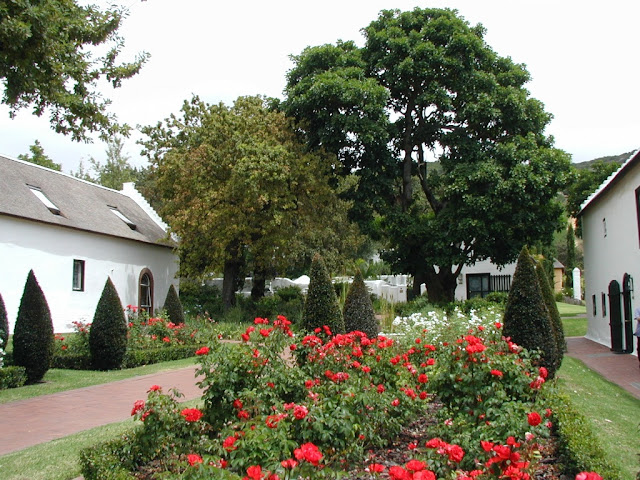 South Africa has a colourful history (probably putting it mildly), but ethnically the original inhabitants, the Khoisan, were dislodged 2000 years ago by a southern migration of Bantus, some from as far north as Zimbabwe. It wasn’t until the late 15th century the first Europeans, Portuguese mariners, arrived. Today the dominant tribes are the Xhosa and Zulu.

The Cape weather is described as Mediterranean, which is ideal for wine growing, and this Great Drive encompasses most of the major wine districts in the Eastern Cape. Paarl is essentially the administrative city for wine growers, but departing Paarl to the south on Route 45, you will quickly reach the town of Franschhoek, a pretty village ideal for morning tea. 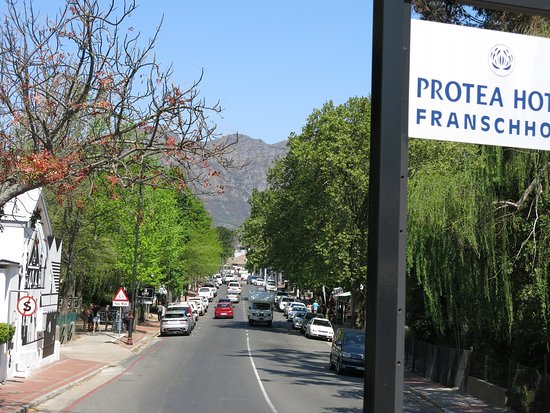 The road then snakes upwards into the Haweqwa mountain range, then drops down to a valley and the Theewaterskloof Dam, where the road (still R45) takes a left passing through Villersdorp, where you will then follow R43. 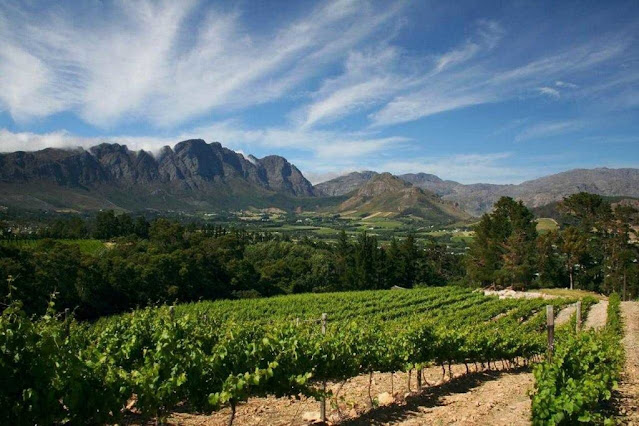 The previous section provides a glimpse of the driving ahead, as the route traverses and tracks over and around three significant mountain ranges – the Hottentots-Holland; Riviersonderend and Langeberg.

The route, following R43, passes the Brandvlei Dam, and just before the town of Worcester, take a right at Aan De Doorns, and cross over to the R60, at Over-Hex.

The next section of this highway crosses fairly barren country, with scattered vineyards on the slopes of the Langeberg mountain range. The next town to appear in your windscreen is Robertson – and then you’re in one of the area’s main wine-growing areas. 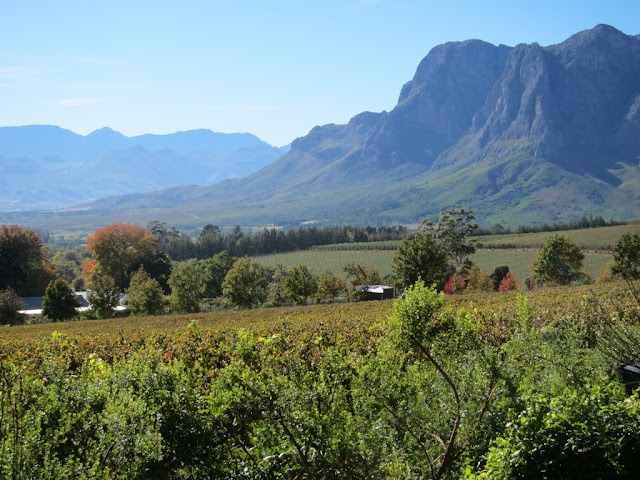 As you pass the town of Boesmanspad, the Langeberg range appears to hover over your left field of vision. It’s this cool mountain backdrop which produces excellent white wines. At the town of Swellendam, you meet Route 2, where you take a right, heading southwest on one of the Cape’s main highways.

Although this section is relatively easy highway driving, the views of the vineyards on your left, and the hills of the Riviersonderend range make a spectacular contrast.

Following Route 2, you will pass a dominant hilly section rising from the plains, and this is the Fynbosrand Private Nature Reserve. After that, the highway passes through the town of Caledon, which is the location of a very interesting museum.

The next major centre is the town of Bot River, and from here you can practically smell the salt air as you begin to approach the coast. In Bot River, divert to the R43, and then keep your eye on your GPS, or road map, because 8-10km later, you need to ensure you divert onto the R44, and as you head southwest, you get your first view of the coastline, at Kleinmond (below). 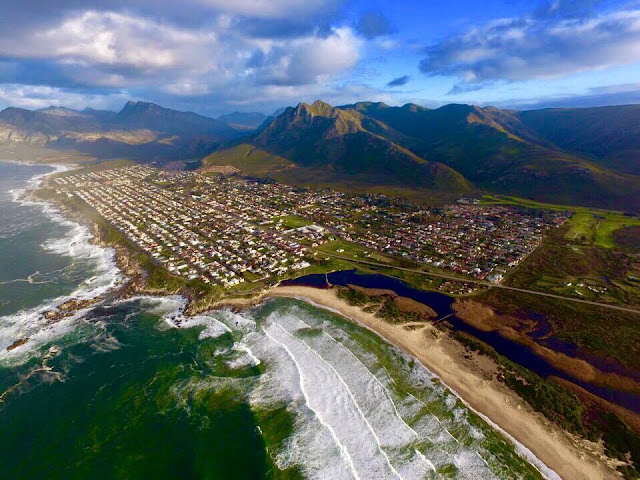 What follows is a complete contrast to the territory you’ve covered so far, but it is one of the most beautiful oceanside drives you will experience anywhere in the world.

Here the Hottentots-Holland mountains fall sharply towards the sea, and the road sweeps around majestic corners to the town of Betty’s Bay, which is a great place to stop for lunch. 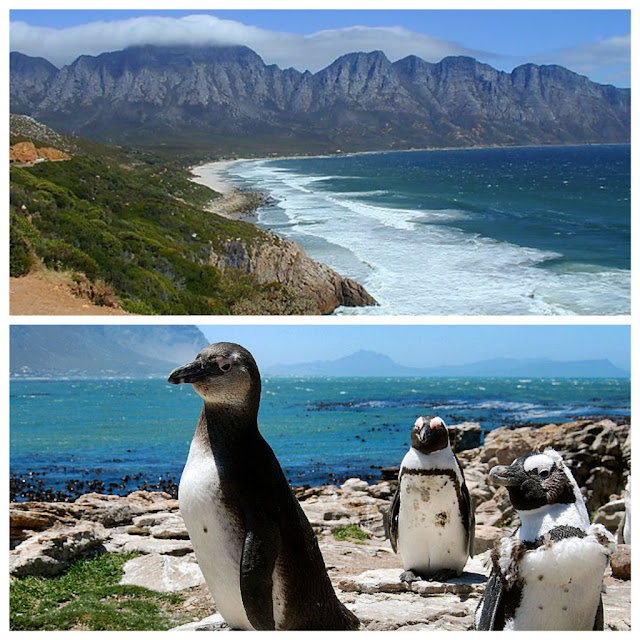 I don’t think words do justice to the next section, between Betty’s Bay and Gordon’s Bay. It is a spectacular drive, with spectacular scenery. 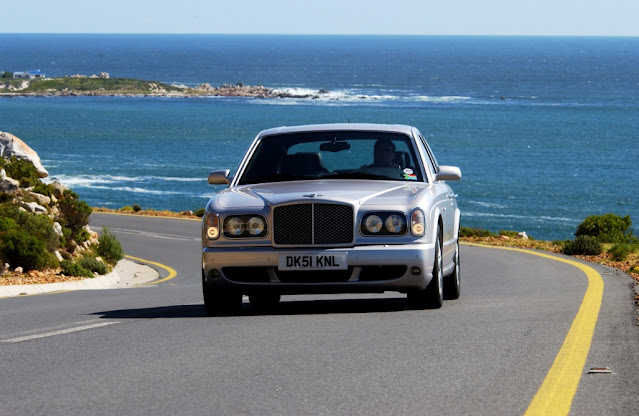 As the road veers away from the coast, at The Strand Golf Club, you’ll find a Big Cat preservation centre, called Cheetah Outreach, which if there are children on board, makes it an essential pit stop. 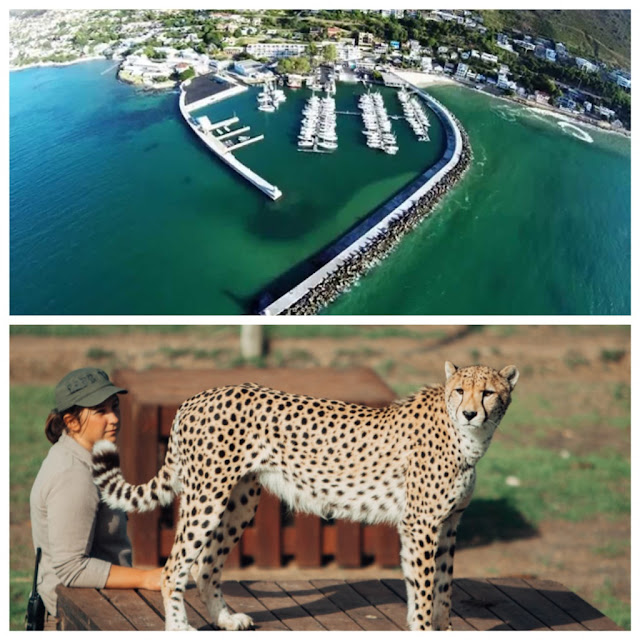 The R44 now crosses Route 2 again, however if you remain on R44, you can count on a long afternoon tea stop at the famous wine city of Stellenbosch.

If you’ve ever drunk wines from the Stellenbosch area, you will probably want to stop for a while to allow discovery of all the varietals which come from this world-famous district. Maybe after the tasting, you should stop overnight. 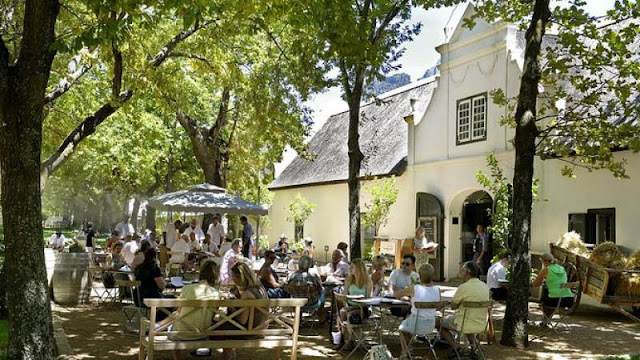 If you must return to Paarl, the most interesting drive is to follow R310 through Pniel, take a left when it joins the R45, and that will lead you back to your starting point at Paarl.
Whilst the most famous landmark is the Cape of Good Hope, it is actually Cape Point (around 15km south of Good Hope) that is the part of South Africa closest to the Antarctic.

This Great Drive rewards you with variety, great roads, usually not much traffic, and dining options that will meet with approval from the fussiest tourist. Oh, and by the way, there’s also the wines.

Also, when you are out in the country don’t be surprised if, as you approach a local driver from behind, the car pulls off to the side of the road and waits, while you go past. It can be unnerving, but it’s not unusual.

Posted by John Crawford at 7:03 PM