CAPTURING 'THE PULSE' - THE VALUE OF GOOD INTELLIGENCE by Paul Gover

John Reid has been taking the pulse of the Australian motor industry for 15 years.

His annual health check, tracking the great and the good down to the boring and irrelevant, is a key indicator to what is happening in the car world.

He is a market researcher and runs a string of surveys through key influencers in a variety of industries.

And we’re not talking about influencers who wear bikinis and sit on a beach to tease their millions of fawning online followers.

Reid is a straightforward Scotsman who looks for answers with the people who really know what’s happening in their working world.

In the case of cars, his ‘Opinion Leaders’ report is compiled through one-to-one interviews with Australia’s most relevant and influential automotive reporters.

In the early days, Reid was talking to print ‘writers’ from newspapers and magazines, but in 2021 he is increasingly interviewing people who cover the car business through websites, social media, video and radio as what are now called - to the dismay of the veterans - the ‘legacy media’ in print.

“I fell into market research by accident. A physics degree is endlessly fascinating to nobody but other science nerds.

However, it produces mathematically literate inquisitive individuals, a good description of quantitative market researchers, and that landed me my first job as a statistician at a go-ahead high growth research agency,” says Reid.

It was much the same when he arrived from his birthplace in Scotland.

“I’ve spent the last 17 of my 66 years on planet earth in Australia. A belated gap year which started as I neared 50 and hasn’t stopped yet. Lucky, lucky me.”

Reid knows how to enjoy himself, from cycling and sailing to flying, but also knows the value of a dollar. 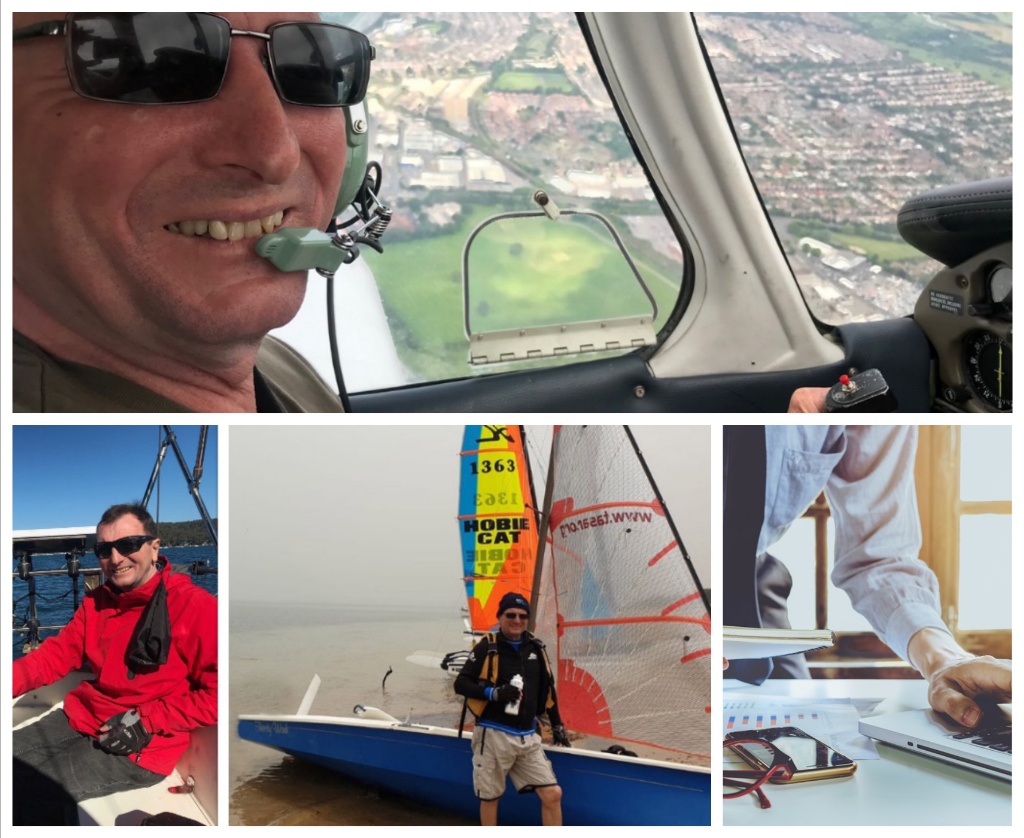 He flies on discount tickets, and is happy to ride his bicycle to meetings around Melbourne.

But his Scots blood comes through in monetry considerations. He knows the value of the information he sells, regularly lifting the payment to his interviewees in an industry where freelance journalists are still billing at the same rates as the 1990s - or below.

“The basic premise of our business is that the collective view of experts has value. The tricky part is getting the experts to divulge their secrets,” Reid says.

“At my first meeting after forming Opinion Leaders with Alison Teale, the receptionist told our prospective client that Opinion 'Readers' were waiting in Reception."

"We both realised that would have been a better name for our company. That was 17 happy years ago.”

In the years since then he has found a solid and profitable niche.

The automotive agency is well established and well respected, both by journalists and industry leaders.

“I’m currently working on the 15th car survey here. What distinguishes our car surveys from the other markets we cover is the passion and knowledge our interviewees bring to the table."

“I try to do as many of the interviews as possible, preferably face-to-face, and I always listen to and transcribe those done by my interviewers. I still remember listening to one tape sent in by my Queensland interviewer, Gladys, when one passionate interviewee started using language which was a little too exuberant. I hope my presentations capture some of that depth of feeling."

Reid does as much as he can to ensure the views in Opinion Leaders are broad and diverse, not just relying on a handful of regular subjects.

“It’s 25 to 30 interviews for each survey, generating both qualitative and quantitative output.”

But it’s more than just work. “I love my job. I spend an hour (often longer) chatting to someone who cares passionately about what they do. I then combine their responses and provide a dispassionate description of where the major brands stand in the eyes of the media."

“The clever clients act on the information, the others don’t. They want to keep their jobs.”

There are times when Reid is as blunt and direct as his interviewees. That’s obvious when he talks about the car companies who subscribe to Opinion Leaders.

“Generally, it’s the more successful brands who tend to buy our survey. The poor performers (you know who you are) give me a body swerve. They know they’d be on thin ice if their senior management saw how little they delivered for the big bucks they spent."

So, in general terms, what do they want and what are they tracking?

“As observed earlier, market research is common sense, and that, strangely enough, can be a rare commodity. You can’t love someone you don’t know and, as most old married couples know, the better you know someone then the more you love them."

“That’s what our survey measures. How well do the experts know the brands they cover? Which brands light a fire in their hearts, and which ones leave them cold?"

“The magic is discovering, not only what they do right, but what they could do to address weaknesses, both real and perceived.

The lever of interest in this survey is the effectiveness of media relations delivery, but the star strutting its stuff on centre stage is the product. Potential buyers, and engaged readers, need to look at hi-tech engineering products through the critical lens that genuine experts bring to the information mix.”

Reid’s observations of journalism and the motor industry give him a unique perspective to provide his own assessment.

“The last 15 years has seen a drastic reduction in the quality of much (not all) media content. Poor grammar, inaccuracies, and replacing experienced journalists with (let’s be kind) less experienced ones.

“Everyone thinks they can be a journalist now, and that’s just plain wrong.

“The most dispiriting phenomenon I’ve seen has been the response of traditional media to the disrupters. Instead of developing and improving their product, quality content has been sacrificed on the altar of ‘cost cutting’."

“I still remember interviewing a healthcare journalist a few years ago who scored his knowledge of Pfizer as a 1, meaning they know nothing about them, on our 5-point scale. No motoring journalist has ever taken my breath away like that."

On the car front, he is equally blunt.

“Australia has a bewildering number of OEMs competing for sales of a million units a year. I’ve no idea why there are more brands available here than other much bigger markets, but it certainly heightens competition." 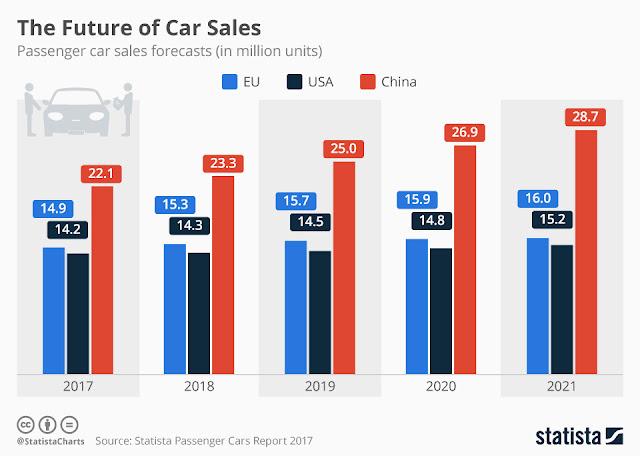 “The key trends that define where we are now compared to 15 years ago in the automotive sector are the huge quality gains we’ve all benefitted from. Safety, efficiency and reliability sit at unprecedented levels."

“The technology revolution is upon us, new power plants and infotainment systems that would have been science fiction 15 years ago can be found in so-called base models, not just top-of-the-range premium brands. Clever experts know where these developments will take us, and I’ll be doing my best to distil these disparate fragments of information into a cohesive story and report them back to my clients.”

But Reid also sees the benefits to buyers that have come with the arrival of high-tech developments at a low price.

“Engineers are their own worst enemies.  Every year they bring out better and better products and sell them for less and less in real terms.  A difficult treadmill to dismount, but a terrific boon for consumers,” he says.

Posted by John Crawford at 5:37 PM