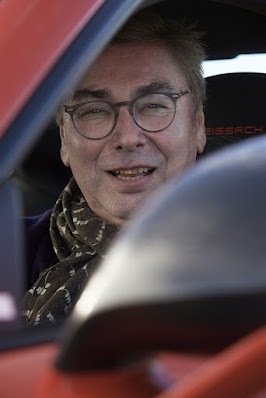 It seems to me I’ve known Georg Kacher ‘forever’, but it can only be from the time of my first IAA (German Auto Show) in Frankfurt, in 1987. We look ridiculous together – he stands 200+ cm tall, hovering over my diminutive 160cm.

First, because every car company exec who’s a petrol-head recognizes Georg is one too – and that always sets a framework for good discussion and opinion comparisons.

The warmth of his greeting never changes. I am always delighted to see him, and I know from our 33-year relationship, the feeling’s mutual.

Born in Austria, Georg and his family have lived in Munich for more than 25 years – putting him virtually in the centre of the German automotive industry. However, he’s enthusiastic about everything automotive, no matter what the marque. At a European auto show you will see him being accosted by car company CEO’s; design directors; product engineers and other associated ‘car nuts’, and you know from the body language that they’re getting on just fine.

Georg has leveraged his easy-going, direct and friendly manner into highly intimate and confidential relationships with car company executives, which is why he always seems to be ahead of the pack, not only when talking about cars that haven’t been launched yet; but also his opinions on performance, design and useability are warmly welcomed by his confreres from the other side of ‘the line’.

That intimacy he has developed with the car companies, often sees him invited along to secret pre-production drives, where the car company suits will share secrets and engineering details. Why? Because everyone ‘trusts’ Georg Kacher. In all the years I’ve known him, he has never revealed anything to me, which he has been asked to keep confidential. 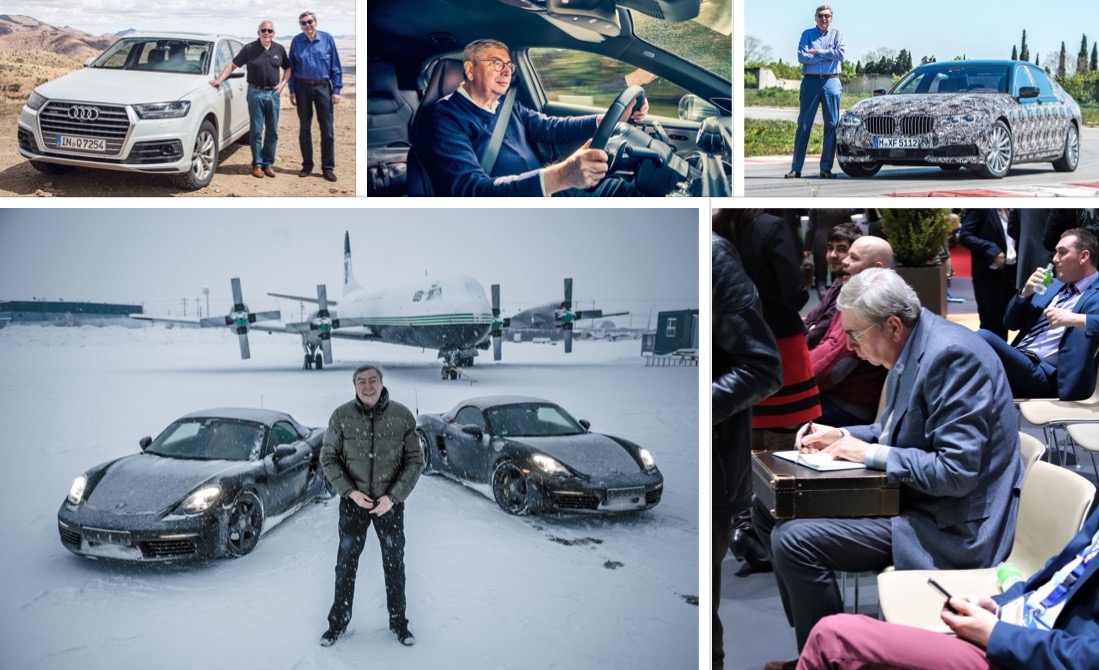 By the same token, if there’s something I want to know and he is able to share the answer, I will receive an email reply overnight. He is an extremely loyal friend, and his long term working relationships with the UK’s CAR magazine; the USA’s Automobile; Germany’s Auto Bild, and other freelance outlets, is testament to his integrity, knowledge and experience.

I want to thank Georg sincerely for his contribution to DRIVING & LIFE, and his insights into one of the most important new mass-market electric vehicles, from Volkswagen.

Posted by John Crawford at 7:51 AM