The most brilliant piece of the Alfa Romeo Giulia GTA puzzle isn’t the 100kg they’ve stripped out of the Giulia Quadrifoglio Verde, and it’s certainly not the price they’ve doubled to $268,000 for the starter pack. 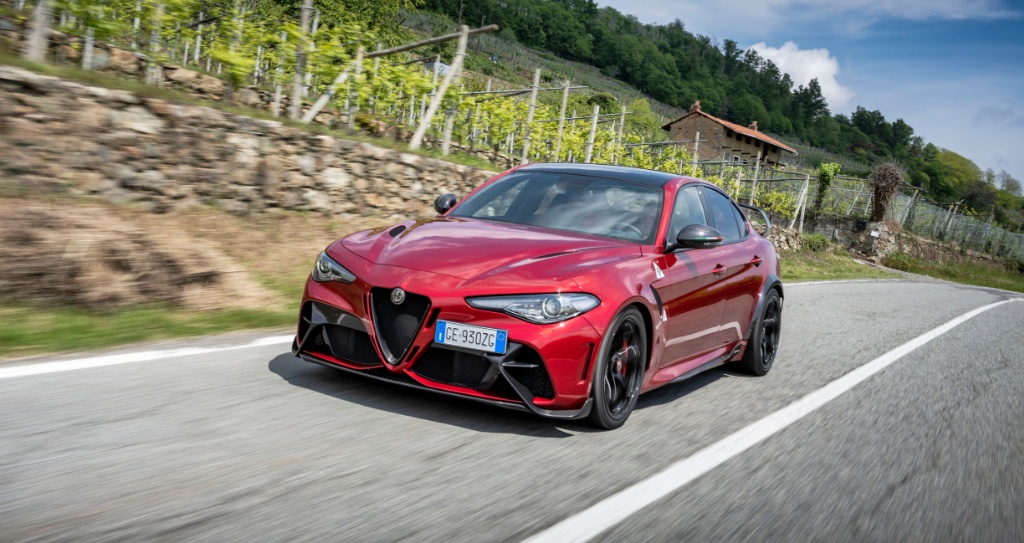 It’s not the added power, either, because it only rises to 397kW and the torque output remains at 600Nm for the eight-speed automatic, rear-drive sports sedan. 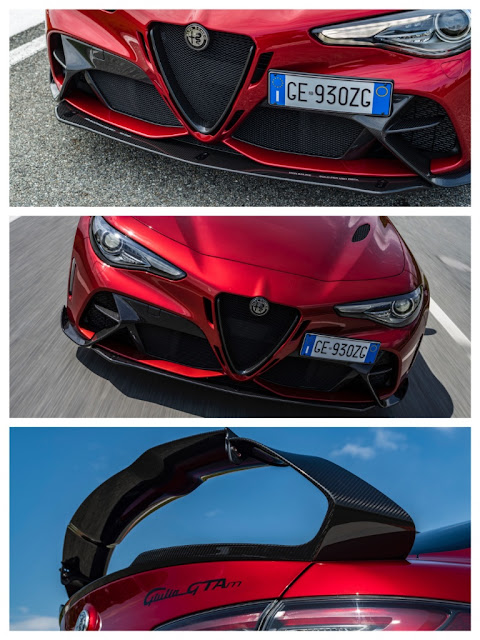 Nor is it the track widths at both ends, which push the tyres wide enough to need new wheel arch extensions.
It’s not even the aerodynamic fiddles, which make the carbon-fibre nose more aggressive, with adjustable downforce from the GTAm front splitter and the rear wing.

The brakes are uprated to monster carbon-ceramic units, the tyres are custom developed by Michelin and the suspension has been totally rethought.

But what makes the Alfa Romeo Giulia GTA and the track-focused GTAm so stunningly wonderful is that Alfa Romeo has finally pieced together a car that feels like an Alfa Romeo should.

Lost for at least 40 years, torn between marketing and accounting and, all too rarely, engineering, Alfa Romeo slipped into mediocrity and, worse, the butt of automotive jokes.

The Giulia GTA will put an end to that, at least for now.

I'm back at 'The Old Farm' at Balocco - Alfa Romeo's legendary test circuit, or should I say circuits. 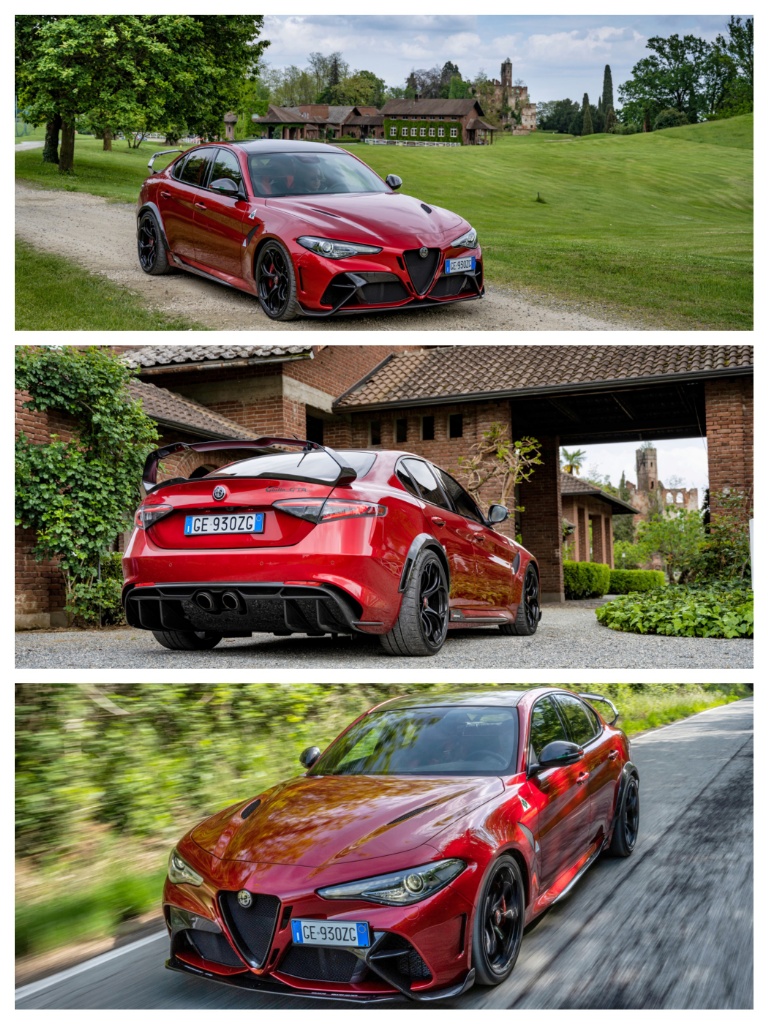 The glory of this car, whose handling is on another plane from every other sports sedan in the world, is that it has taken the most evocative images and emotions people have about Alfa Romeos and distilled it into one (very expensive) car. 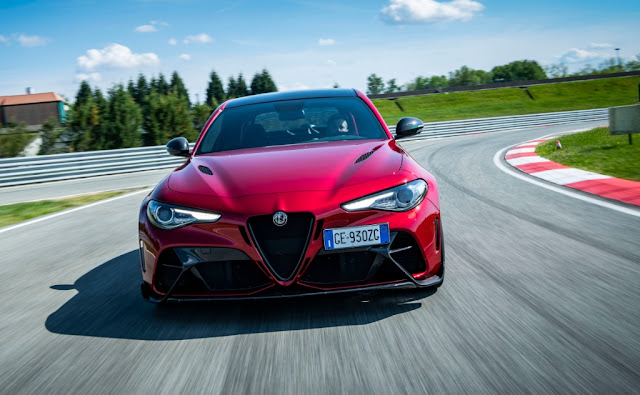 It’s not just fast, because some of the cheaper German sports sedans may be even faster against a stopwatch. They’ll never beat the Alfa for driving purity and sheer joy, released.

However, as drivers of the GTA will be 'really getting into it' the 'business end' may be all German sports sedan drivers will see.

It’s an incredibly cohesive car for what is clearly a collection of go-faster parts. The handling is crisp and it communicates with nuanced steering and forgiving, progressive ease at the limit.

The engine is meaty and strong, with the new titanium exhaust adding a tinny tone to all that muscle. 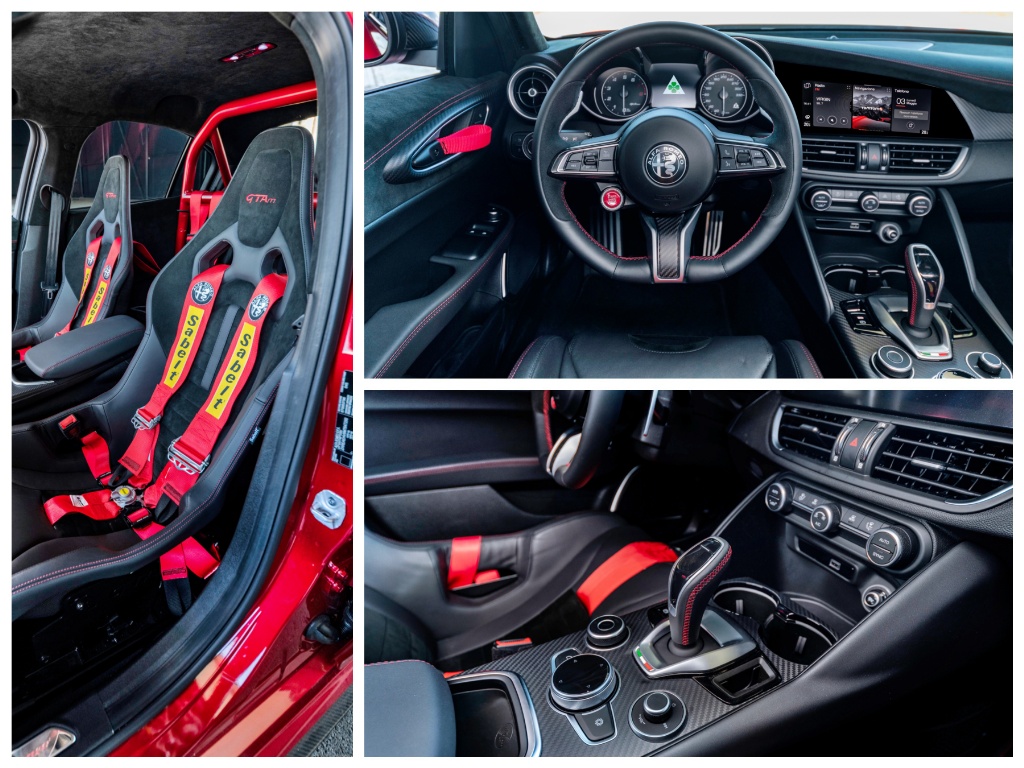 And it’s comfortable in GTA form (the GTAm removes the rear seat and adds a rear roll cage and lots of interior noise). It’s comfortable enough to use as a daily driver, soaking up road imperfections and cruising quietly at highway speeds.

No, the beauty of the Giulia GTA isn’t that Alfa Romeo has built a terrific, class-leading car.

It’s that Alfa Romeo has finally built a car that matches the ideals of the founders of Alfa Romeo. It is the SPIRIT of Alfa Romeo to its back teeth.

It’s the best car Alfa Romeo has ever – EVER – built!

Posted by John Crawford at 8:56 AM