WHY NO 'BIG THREE'? by John Crawford

Recently I posited again about the future of the automotive industry being sustained by collaborations between car companies, and combinations of brands being built in single factories.

This highlighted two things I did not mention. First, is the massive (truly ‘massive’) degree of under-utilized manufacturing capacity which exists in the world today. Unions, governments and ‘experts’ are trying vainly to promote the idea that we must (do anything) to save these jobs, despite the fact that the world cannot sustain the level of excess capacity which currently exists. This photo shows 'excess capacity' vehicles 'on grass'! 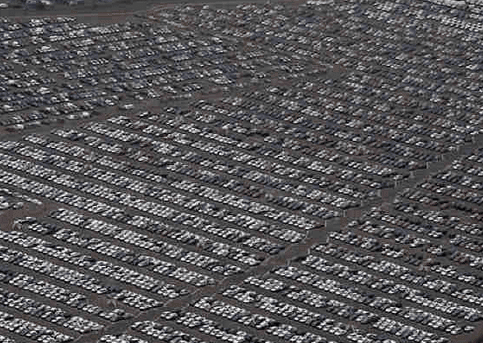 This focusses us on governments taking the lead in re-training, rather than uselessly accommodating the idea that these automotive workers’ jobs can be retained. 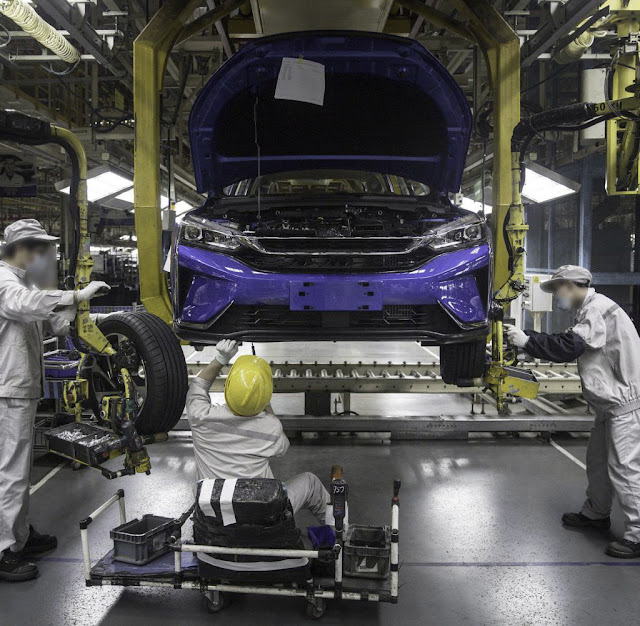 The second element which may appear to have been overlooked by me in my story about Mazda using the Toyota Yaris as the basis for the next Mazda 2, is that I did not mention among the companies which will survive – the American ‘Big Three’. 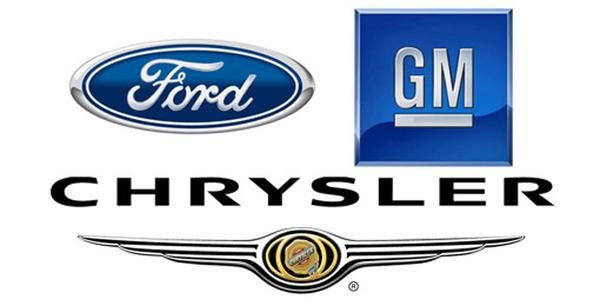 Let’s dispense with a lie – there is no ‘Big Three’. NONE of these companies exert any element of the global dominance they previously did. Today, they're just domestic American car makers - that's all.

Next, GM (post-bankruptcy) is a shadow of its former self and is following policies which result in GM only making cars in the USA and China. It has retreated from all its prior global markets – Europe, UK, Australia, South Africa are all areas it has abandoned. Exit GM from the Club.

Ford, the apparent, and only Big Three survivor, will, in terms of capitalisation barely survive without a slew of collaboration agreements to keep its (now, ambitious) policy of remaining active in far-flung global markets.

Ford has already begun signing co-operative and collaborative agreements with a host of companies covering the development of autonomous cars; electric vehicles; Subscription Services; Fuel Cell Electric Vehicles (FCEVs); and to ‘save’ its plethora of models whose individual (and) total volumes do not justify the huge investment it has in manufacturing facilities.

Ford will be forced to shed jobs in many of its global operations, and, like GM, is likely to retire to just making cars for domestic consumption in the USA – rather than remain a powerhouse (?) in global markets.

I mean, does any other country lust after humungous 7-Litre V8 pickups? 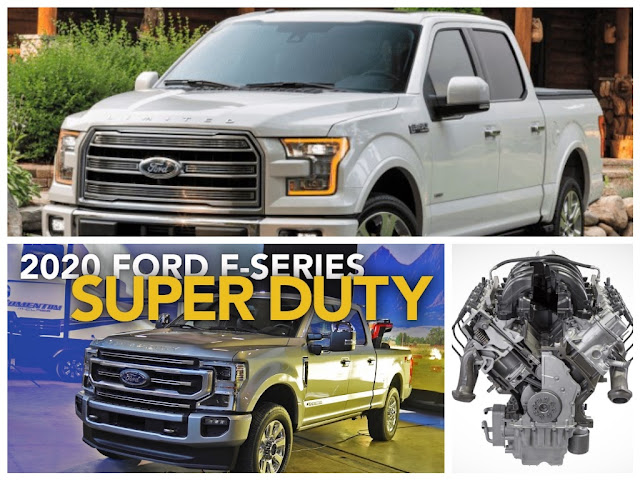 So, forget about referring to ‘The Big Three’ – they no longer exist, and no longer really deserve consideration as automotive barons of any great note, with massive influence in world markets.

The ‘Big Three’ is part of an era which has passed. The future, and the centre, of the global car industry is 'for now' firmly based in Europe, and Japan (but only Toyota - no-one else).

Even that does not guarantee survival, but at least the ideas that promote collaboration took root in Europe, and may result in a sustainable existence.