HYUNDAI NEXO FCEV - YOU CAN DRINK ITS EMISSIONS by Paul Gover

You cannot buy a Hyundai Nexo in Australia. 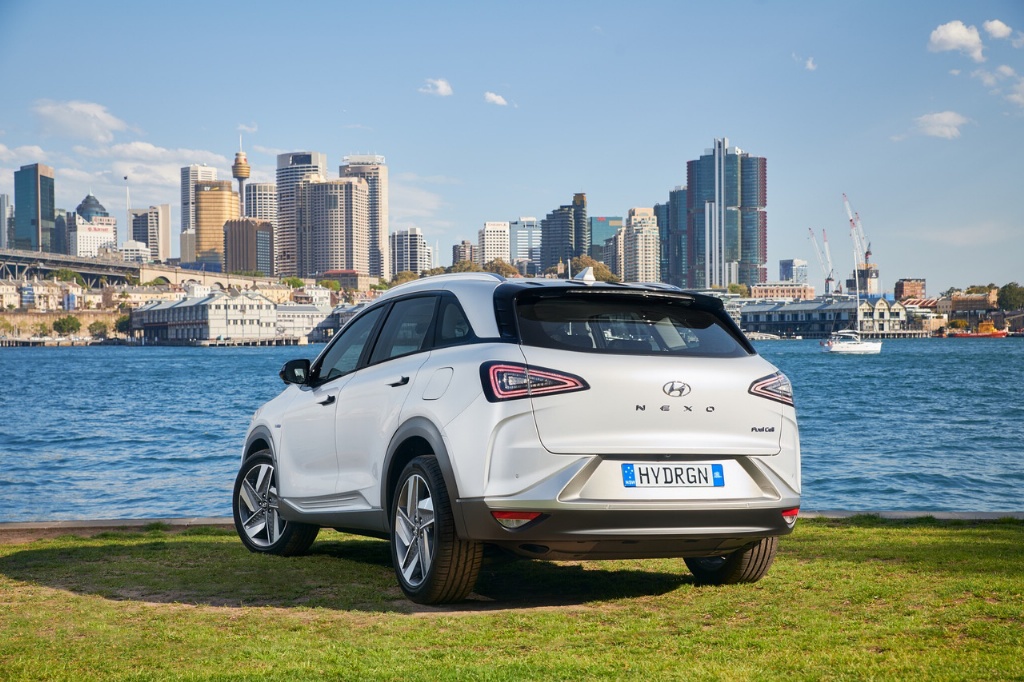 The hydrogen-powered compact car is reserved for lease deals with a small number of government and fleet buyers, who are being used for on-the-road research.

Toyota is also investigating the use of hydrogen for cars, focussing on Melbourne, as Hyundai bases its small line-up of Nexo future cars in Sydney and Canberra.

But I have driven a Nexo and taken a trip into the (more distant) future of electric cars.

Right now, electrification of motoring means hybrids like the Toyota Prius, plug-in hybrids with bigger batteries and more electric-only range, and the fully battery-electric cars that start with MG and run up through Tesla to Mercedes-Benz and Porsche.

There are a growing number of all three types on sale in Australia, right now, for people who want to green their driving. And are happy to pay a considerable premium.

Then there is the Nexo, which frees you from the electric grid - and petroleum power - with what is called a ‘fuel cell’ that converts hydrogen into onboard electricity. This test of an FCEV is something I have been looking forward to, after reading so much about them in previous editions of DRIVING & LIFE. 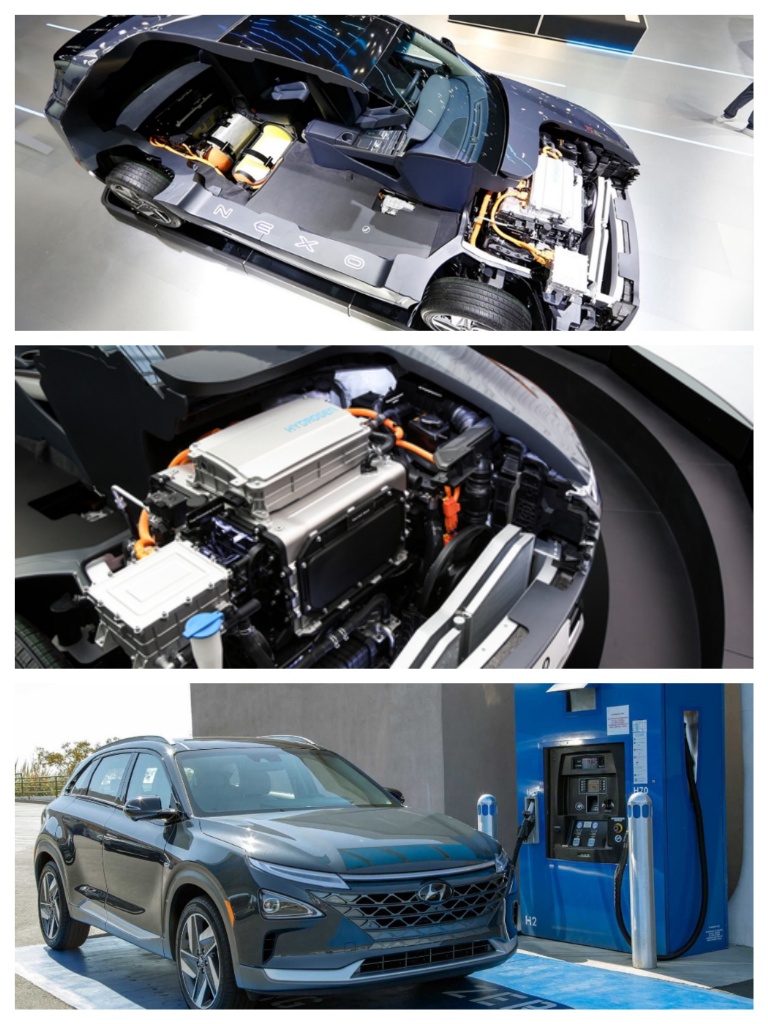 The first fuel cells were used on space missions to the moon and, since then, their size, complexity and cost has fallen dramatically like all breakthrough technology. 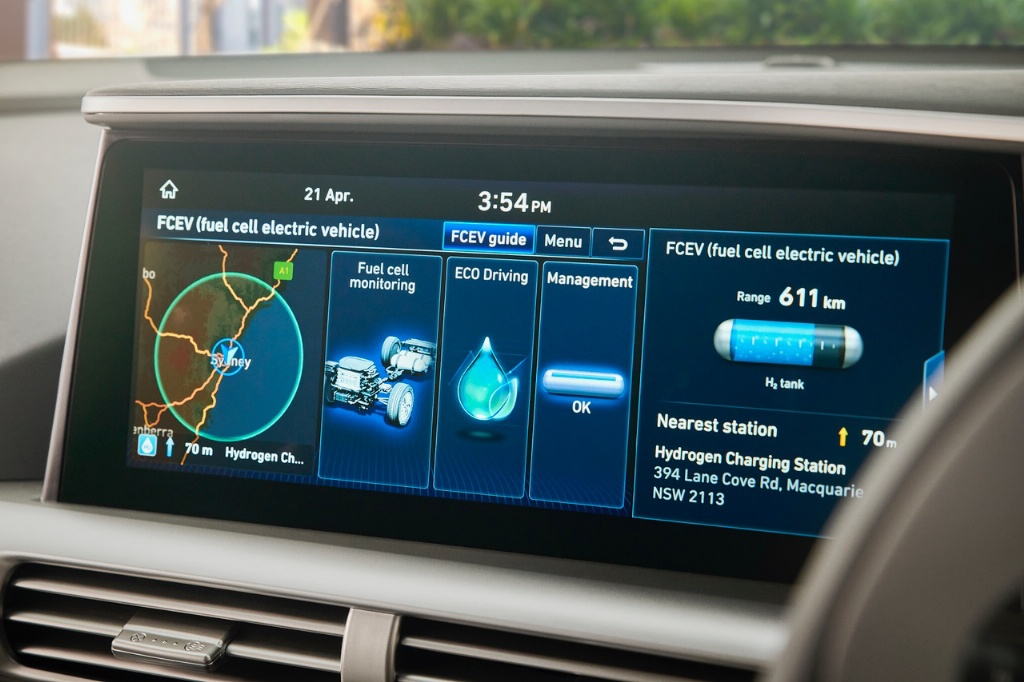 But the Nexo is surprisingly ’normal’ to drive, with the performance of a ‘regular’ electric car, but a real time range of up to 666 kilometres on a full tank of hydrogen gas.

My drive is shorter and basically just a taste.

And, on that front, the only emission from a hydrogen car is water.

I know because the first time I drove an FCEV, the Honda Clarity in California, I drank a glass of water that was collected from its exhaust pipe. There have been no ill effects.

The basics of the Nexo are shared with the Hyundai i30 and so it looks and feels positively normal when I collect it from Hyundai HQ in Sydney.

It is only half-fuelled, a precaution by Hyundai with a car that is so advanced, so I’m restricted to a maximum of 300 kilometres. 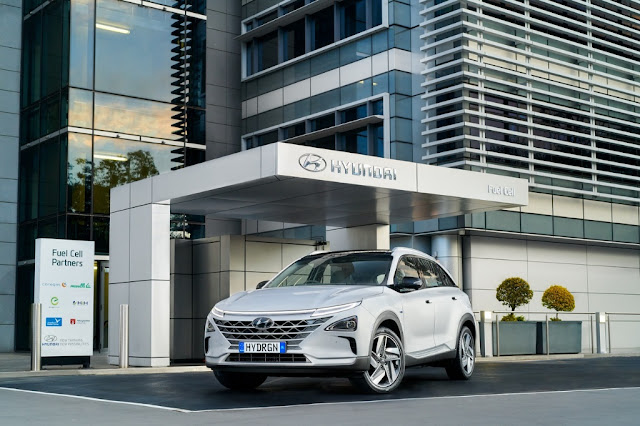 But it takes far less time, and driving, to accept and enjoy the Nexo.

It is quiet and comfortable, the performance is good - although not remotely like a Tesla in ‘ludicrous’ mode - and I have none of the ‘range anxiety’ that hits when I’m driving a battery car that needs to be plugged-in to keep it going.

I’m not a fan of the Nexo’s interior layout, which is fussy and confusing, but it feels lighter than a similar battery car in all conditions from braking and acceleration to big bumps and potholes. 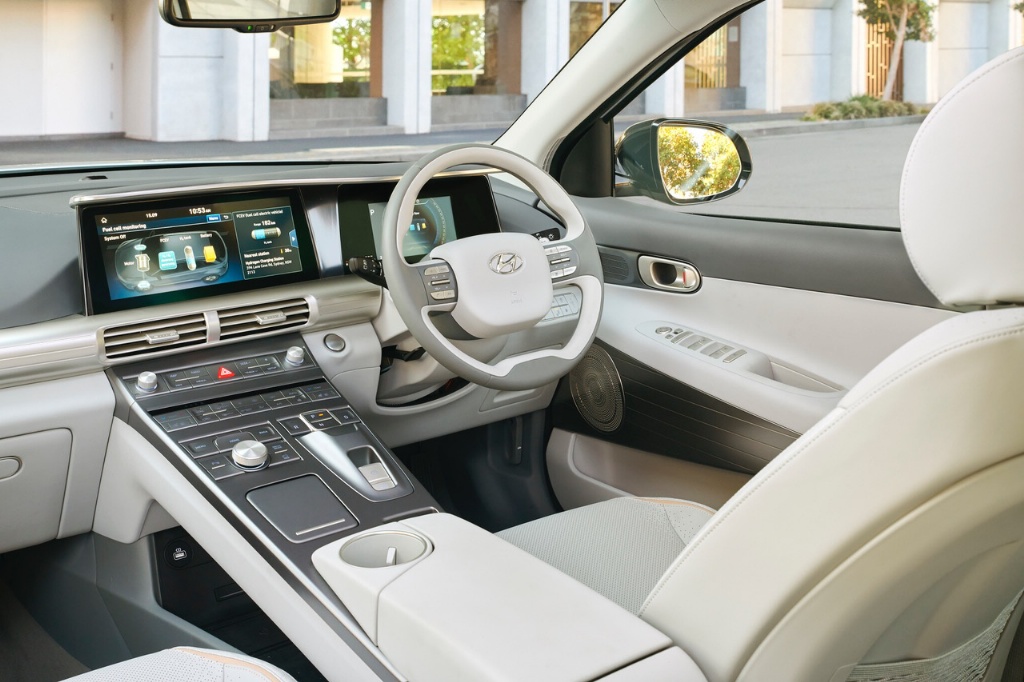 That’s because it doesn’t have a giant battery pack under the floor, instead using hydrogen tanks with a capacity of 156.5 litres, the fuel cell in the nose, and a much smaller battery to make its way in the world

Right now, the Nexo is a trip into the future and a promise of motoring technology that can work in Australia without reliance on a huge new set of infrastructure and endless plug-in points. There are questions about how the hydrogen is made, with complaints about burning coal to extract the gas, but Hyundai and many others are working on ways - solar and wind power for a start - that will be totally green.

Don’t expect FCEVs inside the next 10 years, but they are coming and they promise many advantages over battery-electric travel. 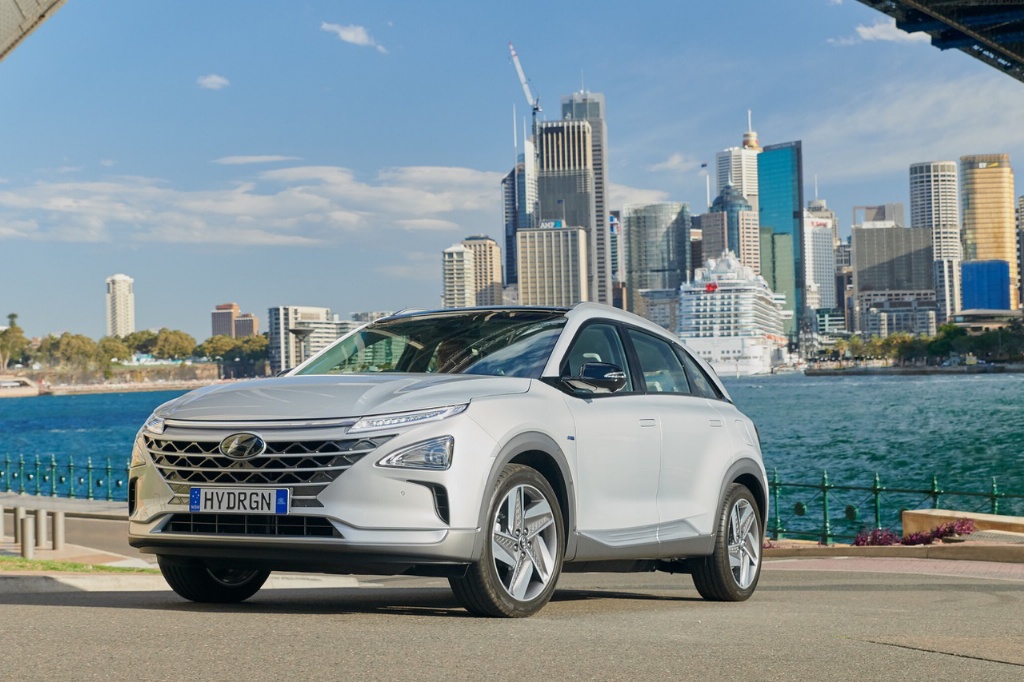 The Nexo is far more normal than I expected, even though it feels more like a science experiment than an everyday commuter car.

NEWS FLASH: Hyundai-Kia and the Volkswagen Group will work together on hydrogen fuel cells. Audi will lead the cooperation which includes all Volkswagen brands, and Kia.

In a first step, they agreed to cross-license patents and on access to non-competitive parts.

The deal is to help both Hyundai, as well as Audi, to accelerate the development and to “achieve attractive cost structures for the breakthrough of the most systematic form of electric driving,” said Audi Board Member for Technical Development Peter Mertens.