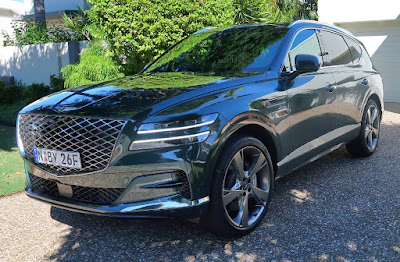 It doesn’t matter from which angle you view the new Genesis GV80 SUV – it’s a handsome car.
It’s also a beautiful car to drive.
The GV80 is truly a premium product by any standard analysis, and whilst its primary market competitor may appear to be the BMW X5, I think Hyundai could easily set its sights higher. 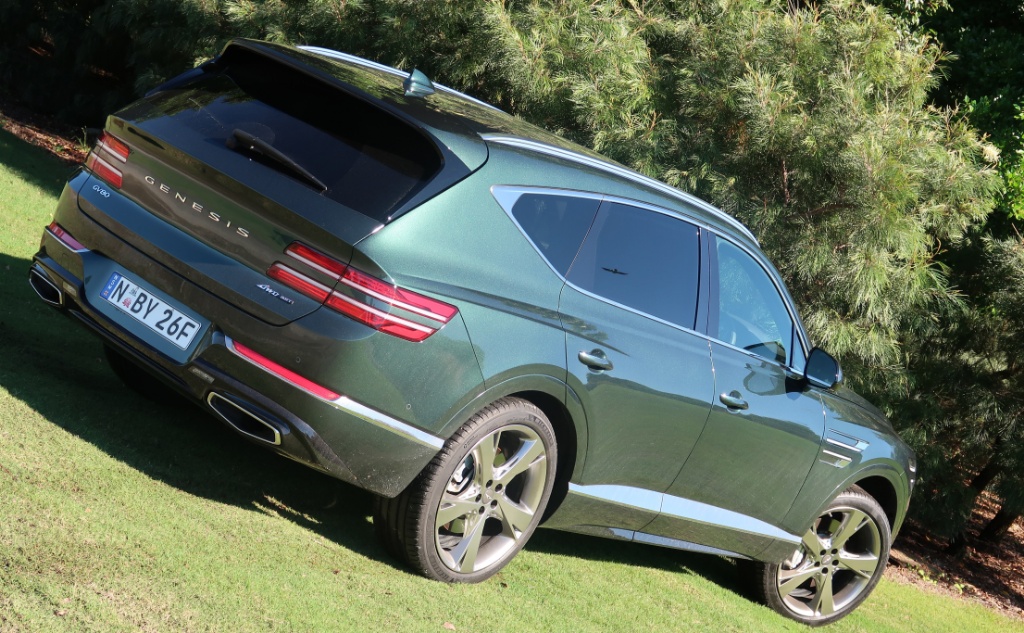 On the road the GV80 is simply a great driving experience. Yes, I know, I’m the guy who hates SUVs in any form – but forgetting for a moment that it’s a hulk, the driving feedback is exceptionally good for a first-time effort.

Pricing starts at AUD$90K+, but the top model is AUD$108K, and that’s how this car was equipped, featuring a twin-turbo V6 petrol, mated to an 8-speed auto. There’s a ‘Luxury Pack’ priced at a mere AUD$10K, which I think will represent the lion’s share of sales. 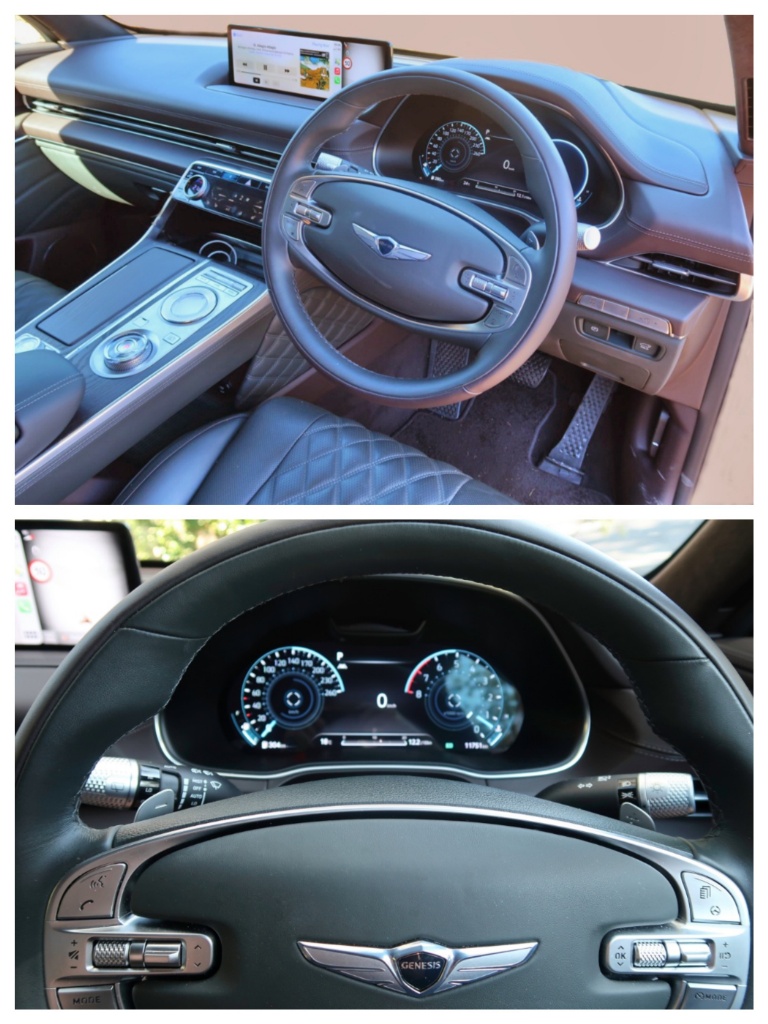 The fact that this car is handsome to look at, and equipped with every known piece of ‘tech’ you could specify, should be no surprise to industry insiders. The GV80 came from the same pen as the designer of the Bentley Bentayga – Luc Donckerwolke. 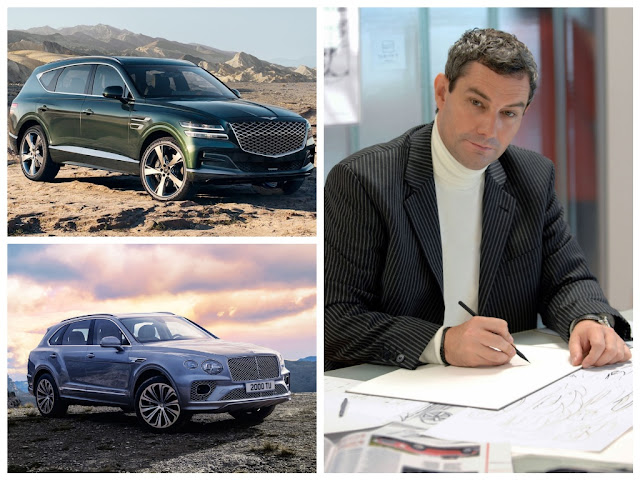 Whilst Hyundai’s parent may have priced the GV80 to compete with lesser lights than da grosse Bentley, a personal driving sampler will tell you it’s right up there with the car from Crewe.

It’s impressively quiet, but that’s mostly down to the ‘active noise suppression’ software, however whilst the soft-riding characteristics might suggest the GV80 will wallow in the bends, it doesn’t.
It’s very surefooted and the adaptive dampers suggest that the Australian crew which generally sorts out Hyundais for Australia’s varied road surfaces, will have little to do to ‘localise’ the GV80. Personally, I think it’s fine just the way it is. 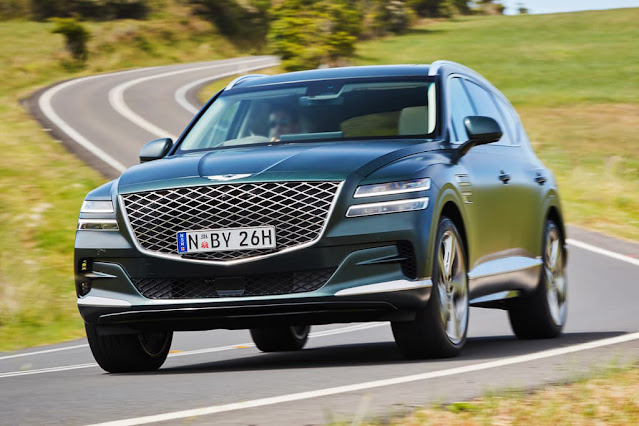 The topline model boasts three rows of seating with two pieces of very useful tech. There’s a front seat microphone set-up which can transfer “Shut up back there” to the third row, so there can be no misunderstandings; and you can recline the third row from the front seat, should the passengers drift off to sleep during a trip. In addition, raising and lowering the third row is electronically-assisted from the rear load space.
The external profile suggests there should be more headroom for the third row passengers, but I suspect they'll most likely be small in stature, and it won't be an issue. 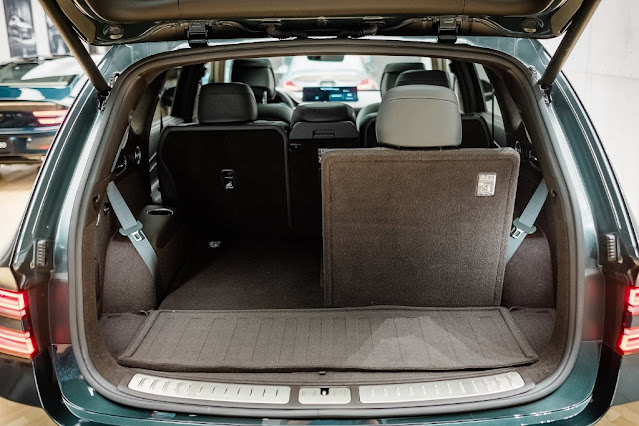 The GV80 is filled with thoughtful touches, and the detail execution could have come direct from the Bentley playbook. Fit and finish margins inside and out are impressively consistent and finely engineered.

If this sounds like a rave – it is. I think the GV80 is not only a fantastic first effort, but it highlights the technical capability of Korea’s biggest carmaker. It has ‘world domination’ written boldly across its handsome shape.

If Hyundai Chairman Euisun Chung set out to reveal Hyundai’s competence to the automotive world, he couldn’t have chosen a more impactful way to do it.

While I personally rate the Genesis sedans very highly, the GV80 is the model which can put Genesis on the 'Desirable Brand' map!