'DEV' - OUR MAN IN LONDON by John Crawford

‘Dev’ Dvoretsky was ‘a character’; a ‘wag’, but in good old Aussie lingo, he was ‘a larrikin’.

In late 1976 the CEO of MODERN MAGAZINES, Arnold Quick, called me into his office and threw a pile of Dev’s expense account reports across the desk, saying: “Have you seen these?”

I thumbed through the pile, and said: “Yes, I recognise the ones related to MODERN MOTOR, the others belong to the other publications."

Modern Magazines had a total of nine other publications, which all used contributions from Dev.

Quick said: “It’s not good enough. He’s robbing us! I know you’re going on a press trip to the UK, so I am giving you an instruction to go to our London office in Ebury Street and fire him!” 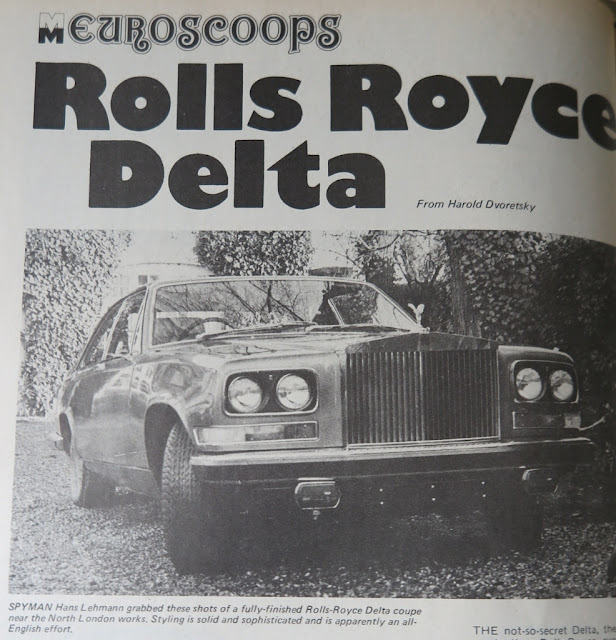 I was aghast. “Magazines are all about content Arnold. Do you realise how well-connected Dev is? Especially in the European automotive scene, let alone all the other magazines that depend on him. I certainly can’t do without him.”

Quick replied: “I don’t care. These expenses are outrageous. When you’re in London, meet him, explain the background and fire him. Here’s his letter of dismissal.”

I might add, Arnold Quick was the failed CEO of a magazine group in the UK which went bankrupt, and he took offense at me pointing out that everything in the UK cost more, and with the currency conversion, Dev’s services were always going to be expensive – compared to Australia. 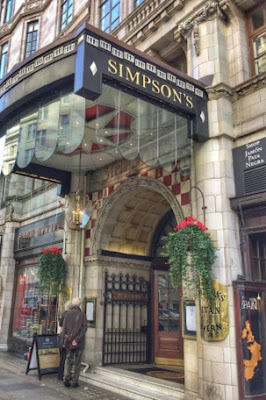 I flew into London in late September, Dev picked me up at Heathrow and after settling me into the guest room at his house in Sunningdale, he whisked me off to lunch with ‘a few of his mates’ at Simpsons on The Strand (a VERY expensive restaurant).
A ‘few’ turned out to be 20, made up of members of the Guild of Motoring Writers, and several high-powered PR men from a number of car companies.

After a sumptuous lunch, followed by cognacs we departed to the Modern Magazines’ offices in Ebury Street, opposite Victoria Station. Later I had to sign off the lunch tab on Dev's expense report, so I was well aware of his costs.

The intention of ‘the lunch’ was to show how well-connected Dev was in the motor industry – something I didn’t need to be reminded of. 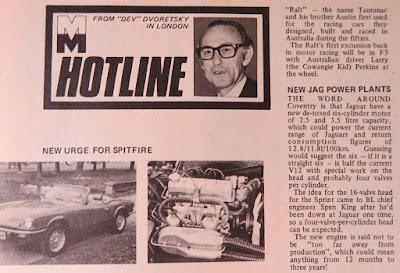 We had a nice chat, I commented on the strength of his relationships, enjoyed tea and cakes, and then we returned to his home, with his Letter of Dismissal disposed of in a trash can outside the offices.

When I returned to Australia, Arnold Quick wanted to know how Dev took his firing, so I told him: “I didn’t fire him, he’s too valuable. Whilst I was in London I called all the other Editors back in Sydney, who knew nothing about your plan to fire him, and they were similarly as upset as I was at the prospect of losing such a valuable resource.”

Quick stomped around the office, swearing and shouting at me that I would be the next to go, and called in the company secretary to draw up my severance cheque. At that point, the company secretary pointed out that in the previous 12 months under my editorship, advertising revenue in MODERN MOTOR had close to doubled! So, I survived being fired too.

However, having sung Dev’s praises as a valuable resource there were some downsides. First, Dev was a dreadful journalist, who couldn’t put a coherent story together to save his life. 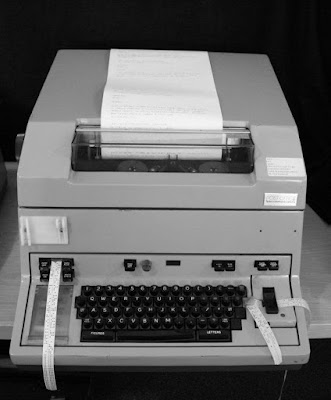 He usually had all the facts, but his copy (which was spewed out of a telex machine every morning, and usually about 12 feet long!), needed very severe sub-editing. What he WAS good at, was BS and story-telling!

It was also normal for the key nugget of every story to be buried in the last paragraph of the story. He didn’t have the skill to spot the headline, and to begin the story with that!

Then there were the reports from London that he had trashed a road test car; or had suffered an accident on a press event in Europe. I searched in vain for evidence of this, but my old copies of MODERN MOTOR didn’t come anywhere near highlighting his most serious offence, which I am able to now reproduce, thanks to the Jensen car company museum archives.

I should add at this point, that another of Dev’s saving graces was that he had so successfully wheedled his way into the very inner workings of the car industry in Britain and Europe, that in 1969 he had been overwhelmingly voted by his peers to become the President of the Guild of Motoring Writers – in those days, a much respected organisation in the automotive industry in Europe.

But, back to Jensen, and here’s the tale from the museum archives: 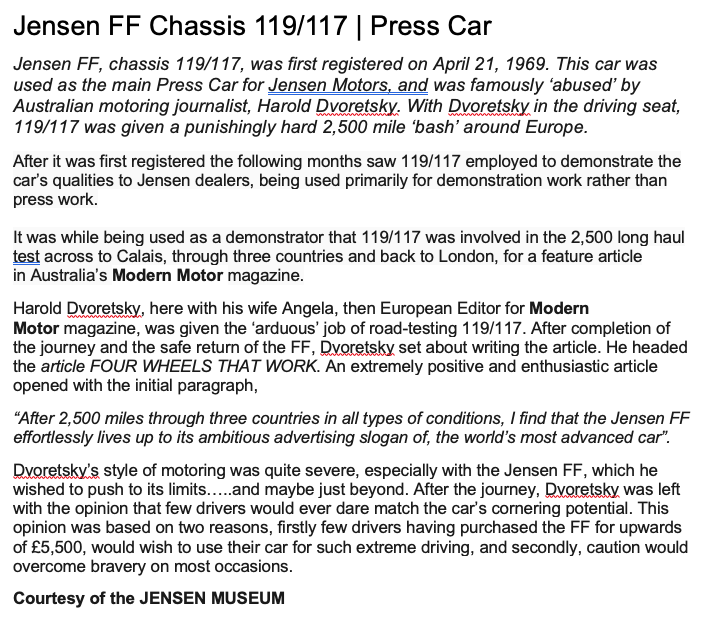 Posted by John Crawford at 4:23 PM