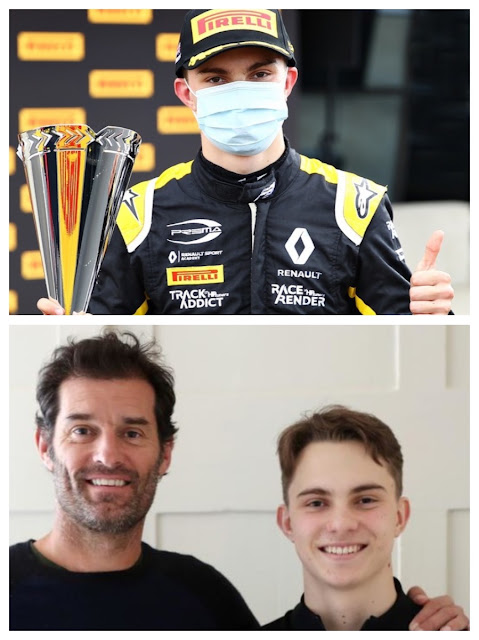 Formula One is waiting for Aussie Oscar Piastri after he clinched the FIA Formula 3 Championship for 2020.

As Mark Webber welcomed him with a hug at the end of his winning campaign, the big question now is where he will land for 2021.

Having won the 2019 Formula Renault Eurocup title, Piastri was named as a new Renault Academy driver for 2020, with a new team.

This year was supposed to have been a learning year in F3 for the Melbourne teenager, but the rookie has already proven he has the right stuff for a graduation to Formula 2 next year, and perhaps to follow Webber and Daniel Ricciardo onto the grand prix grid.

Piastri showed his class and commitment as he kept his head through the championship decider at the undulating, fast and twisty Mugello circuit in Italy, although he could not resist a last-second pass that took him to seventh place on the finish line.

“That was a massive sigh of relief. I cannot believe I just won the title,” Piastri says. 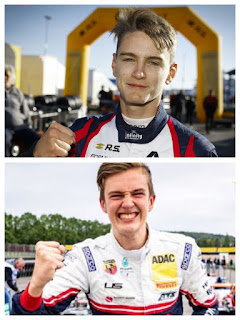 He faced an uphill battle at the start of the decider as he was only 11th on the grid and his main title rival, his American team-mate Prema Racing’s Logan Sargeant (top right), was six places closer to the front.

But Sargeant crashed out of the race at the second corner and Piastri only had to manage the points gap to mercurial German youngster Theo Pourchaire (bottom right), who rose steadily to finish third but could still not stop Piastri taking the title with a three-point margin after 18 races.

“I feel so bad for Logan. You never want to see that. I would have wanted to fight to the death,” says Piastri.

It’s been a tough year for Piastri, who has been a little short on qualifying speed and also had a series of mechanical dramas in the middle of the season.

But he dug deep and did the job in Mugello, showing once again why he has earned Webber’s backing, and won a place in the Renault Academy that is being used to groom future F1 stars. 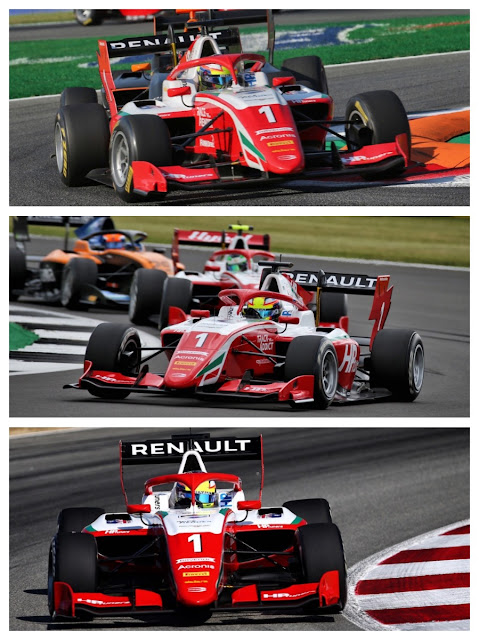 He looked completely drained after the championship decider and was happy to admit it.

“Exhausted. To be honest. Tough race. And the last few weeks have really tested me emotionally,” he says.

“I think I’ve been quite consistent over the year. And the way I’ve bounced back from all the setbacks. I think my consistency, and keeping my head cool, was the biggest thing.”

But he is not alone, as a long line of Australians have used success in Formula 3 – often against the odds – as a springboard into Formula One.

The first was little-known Dave Walker (below), who is now retired in Queensland after a relatively short career in the 1970s that pivoted on an F3 title in Britain and took him into the Lotus F1 team.

Larry Perkins, best known for his six wins in the Bathurst 1000, was also an F3 champion in Britain, and raced F1 for a string of middling teams including BRM and Brabham.

David Brabham, youngest son of Sir Jack, also won the British F3 title but never made it beyond the tail end of Formula One, while Daniel Ricciardo was also the British F3 champion before graduating to F1.

For Piastri, there are also examples of Aussies who were more than good enough for F1 but didn’t quite make the grade in F3.

Alan Jones never had enough money in his early European racing and lost the British F3 championship at the last round, while Mark Webber – also cash strapped in F3 – finished his series in fourth.

The 2020 campaign has not been easy for Piastri, even though he is a member of the Renault Sport Academy, and was placed with the crack Prema team for a serious tilt at the title in his F3 rookie year.

Oscar was a star from the start, winning the first race of the season, but mechanical problems have cost him points. The F3 format, where the second race each weekend has a reverse grid for the Top 10 finishers from the Saturday feature, has also cost him points.

However, he is now being managed, mentored and guided by one of Australia's high achieving F1 drivers, Mark Webber and his wife Ann. 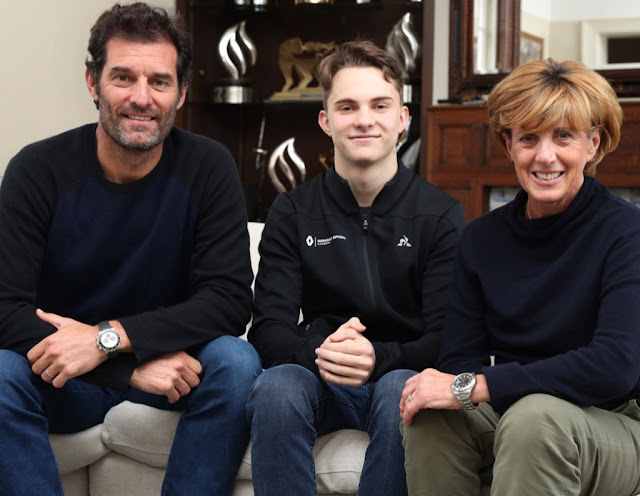 Yes, the future looks bright for this talented youngster, and I'm sure Australian Formula One fans will be watching his progress with a keen eye - I know I will.

Posted by John Crawford at 5:22 PM