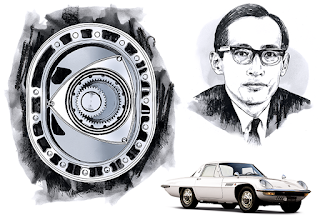 Mazda is not exactly unused to developing revolutionary or extraordinary engine concepts – witness, its amazing ability to tame the Wankel Rotary engine, which powered Mazdas from 1965. There were constant revisions and improvements to the original concept right through until 2012 when it was last used in the RX-8.

Probably, for the Mazda engineering team behind the program, the greatest success was when the 900hp, Mazda 787B, 4-rotor-engined race car won the 1991 24 Hours of Le Mans. 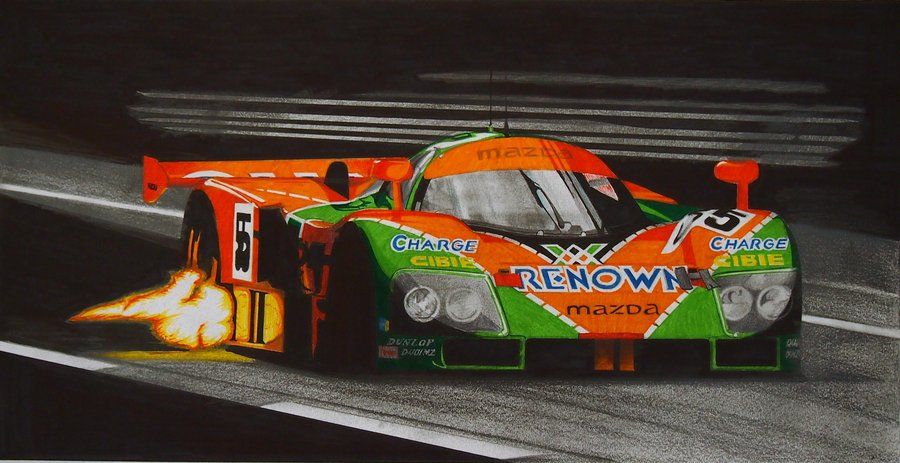 Marked by its piercing scream as it wound up to full pitch along pit straight, Mazda took the lead 21 hours into the race and held on to beat both Mercedes and Jaguar to the chequered flag.

Several records were established. It was the first time the race was not won by a conventional piston engine; and Mazda was the first Asian car company to take victory.

I have always held Mazda in very high regard for its engineering prowess, its willingness to take on challenges, and the integrity of its approach to solving difficult problems. It is an outstanding company populated by seasoned and highly-talented, competent engineers.

So, we come to the SkyActivX engine. The car pictured here looks virtually no different to the current Mazda 3, but it’s all happening under the hood. 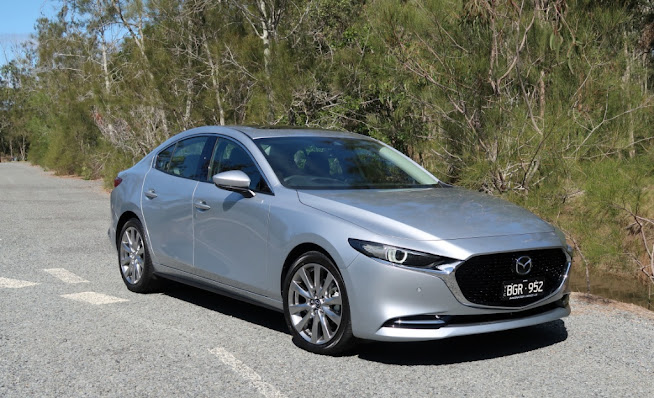 To explain how SKYACTIV-X works I am quoting from the press kit. This explanation is concise and without hyperbole, and I think it quickly puts you in the picture:

We’ll first need to cover some engine basics. In a gasoline engine the fuel-air mixture is ignited by a spark from the spark plug. In a diesel engine, the fuel-air mix is compressed and ignites through pressure and heat alone.

Diesel is more energy dense than gasoline, which also means more air and less fuel goes in, making for better fuel economy. And although diesel engines tend to release less carbon dioxide than gasoline engines, they traditionally emit higher levels of particulates that can cause pollution.

Diesels, which are often turbocharged, have a reputation for having lots of torque even at low revs, while gasoline engines can rev higher and produce more horsepower at those high revs.

SKYACTIV-X offers the best of both diesel and gasoline engines with none of the disadvantages. It does this thanks to a new technology called Spark Controlled Compression Ignition (SPCCI).

Running on regular gasoline, SPCCI works by compressing the fuel-air mix at a much higher compression ratio, with a very lean mix. The SKYACTIV-X engine uses a spark to ignite only a small, dense amount of the fuel-air mix in the cylinder.

This raises the temperature and pressure so that the remaining fuel-air mix ignites under pressure (like a diesel), burning faster and more completely than in conventional engines.

The Engine - Nothing to see here. It's all buried deep inside.

My takeout on the new engine. It is generously powerful, has a nice subdued, but throaty roar, and is very flexible. From behind the wheel you shouldn’t expect to experience any ‘real’ differences’, but the overall performance is very impressive.

Quite frankly I don’t think owners will notice any difference at all, but the improvement in torque, fuel economy and emissions results (even though they’re on paper) are outstanding. 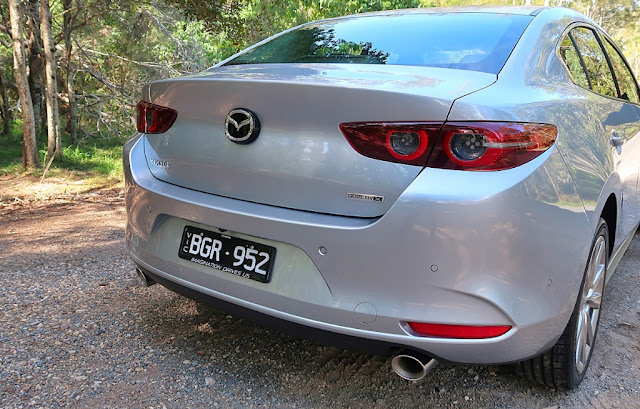 I had only two criticisms of the test car. The secondary ride was poorly controlled, making the car feel ‘jittery’ over less than perfect surfaces, and from my driver’s seat setup, the Heads-Up Display created a really annoying reflection in the windscreen.

Apart from those two minor complaints, the main impression you are left with is that Mazda has produced a premium car in every respect. It offers outstanding interior finish, equipment and comfort; excellent road manners and the major gains in the engine data we’ve highlighted. The margins, fit and finish are excellent. 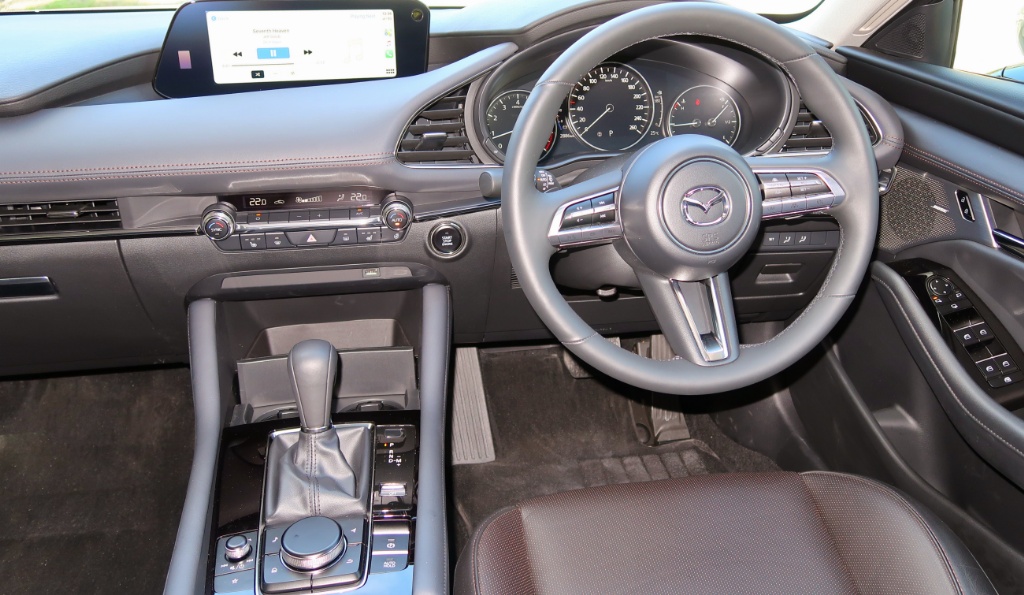 Whatever Mazda is charging for this Mazda 3, it’s worth it. The quality and finish rivals anything coming from the premium car makers of Europe.

Posted by John Crawford at 5:47 PM