This coming weekend F1 fans will be focussing on a circuit more famous for exciting Moto GP races. The Mugello valley was originally settled by a Ligurian tribe known as the Magelli, hence the name. Then came the Etruscans, and subsequently the Romans, who conquered and colonized Mugello (pronounced 'Moo-Jello)  in the 4th century BC.

Mugello is a brand-new race venue for F1, with the sport having only been to the track for testing – most recently for a group test in 2012. I think it looks a fabulous circuit, challenging, undulating and from this aerial view, very fast corners. 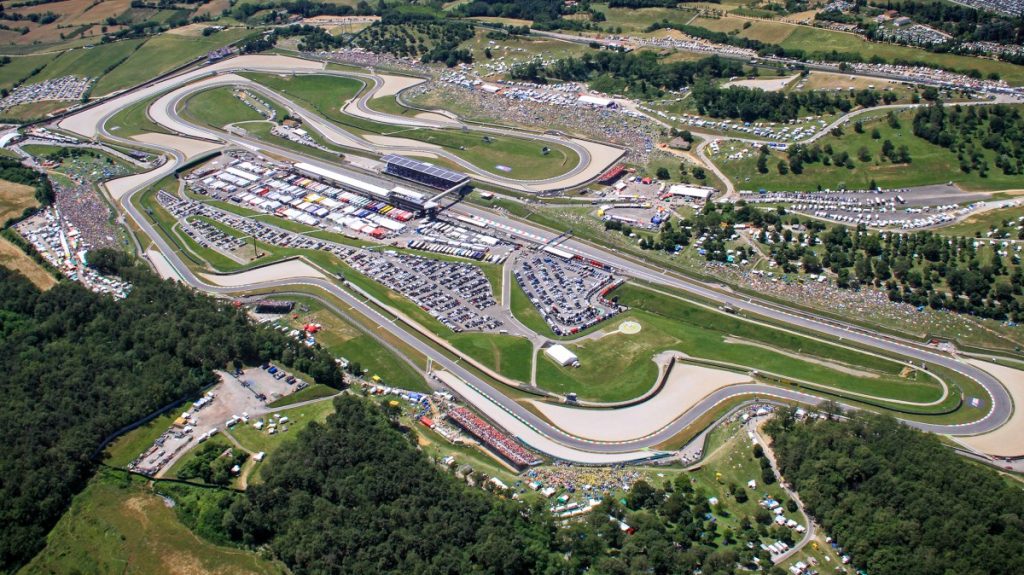 This means the teams are heading into the weekend with limited data, making ‘driver in the loop simulation’ all the more important, with scanning and mapping helping to create a realistic representation of the circuit.

However, put aside the high-tech support for today’s F1 drivers for a moment, and think back to the era of Moss, Gurney, Clark and Hill. When those guys went to a new circuit for the first time, they just got out on the track and used their skill and race experience to know how to drive it. However, I will admit today’s cars are much faster and the higher cornering speeds do call for as much technical input as possible. 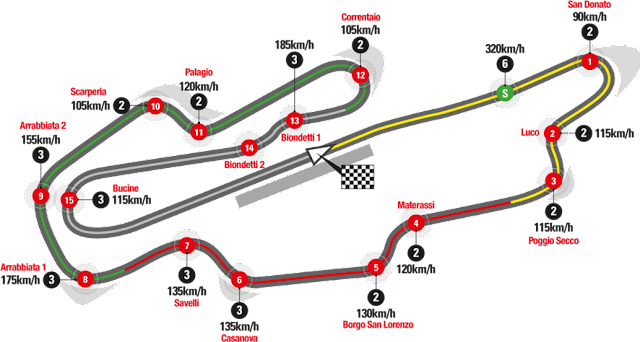 Mugello will be an extreme high-speed challenge, with initial findings suggesting grip-limited cornering speeds to be higher than both Austria and Britain, and the lowest cornering speed around 120km/h. The track is expected to have the high-speed cornering characteristics of Spa and Monza, without the sensitivity to drag. Being a lower efficiency circuit, drivers will be able to rely on high downforce setups to get the best out of their cars.

Mugello will put pressure on the teams to learn quickly as they evaluate data during the practice sessions and correlation to pre-event work will be a key focus. It’s a race on and off the track! 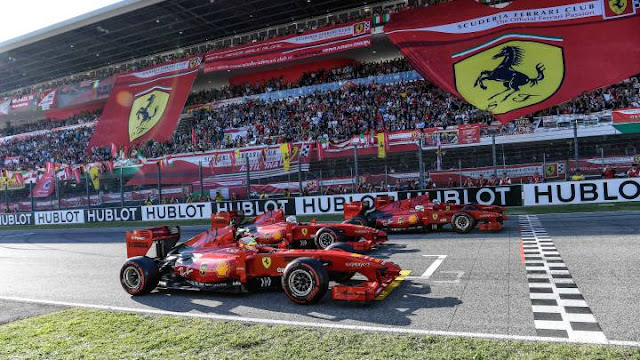 Scuderia Ferrari acquired the Mugello circuit in 1988 for testing its F1 technology, as an adjunct to what it learns at Fiorano. Ferrari also uses it to host meetings of the Scuderia Ferrari Club, which means the Tifosi will be out in force this weekend.

Posted by John Crawford at 9:24 AM