HEROES & HORRORS ON THE 18TH HOLE by John Crawford

When I attended my favourite events during Monterey Week, my camera was always at the ready to photograph either an iconic car; a rare car; something that looks to be garnering attention (but something I don’t recognise); or something that is really revolting.

One year at Pebble Beach a display of concepts which Ghia had produced for Chrysler’s various badges were gathered on the 18th fairway, and I thought they were so truly gross, I had to capture them, to remind that Ghia was not always the producer of beautiful, svelte Italian concepts. 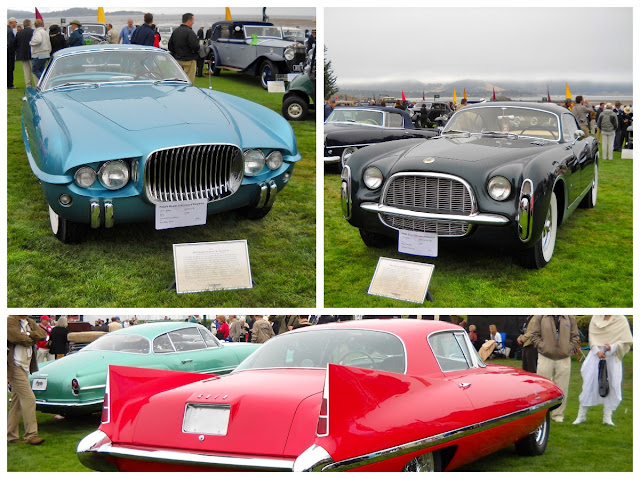 There are some truly beautiful and iconic cars, that have taken top prize at Pebble Beach on the Sunday afternoon. 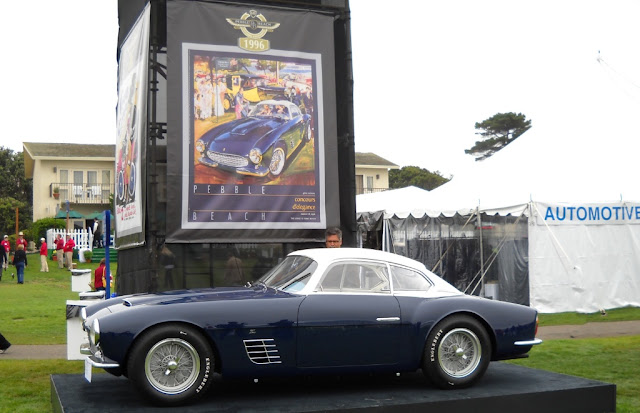 Then there are the unusual, and in 2010 I snapped a car called ‘The Beast III’ which I had never heard of, but was clearly well-known among knowledgeable American enthusiasts. So, thanks to my great mate Ken Gross, I did some digging into its background, revealing a fantastic story of vision, skill and sheer determination. 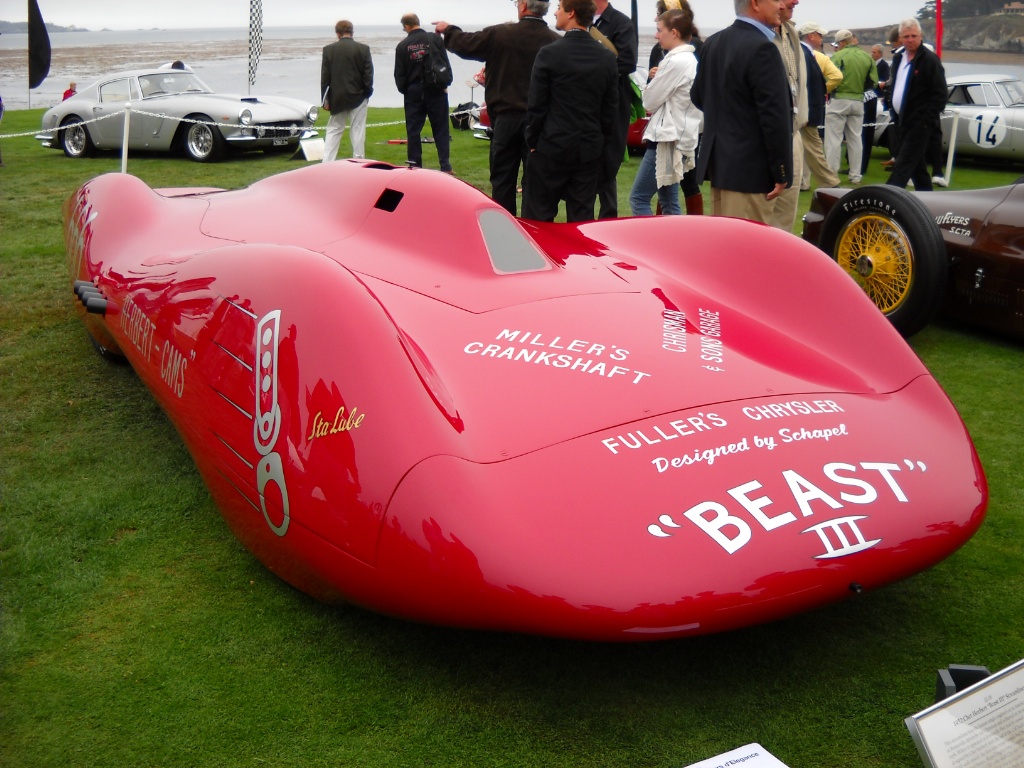 In 1952, ‘The Beast III’ was the latest creation of engineer Chet Herbert, who had previously designed high speed dragsters and motorbikes. Having pushed these various vehicles to their top speed limits, Herbert had his eye on the Land Speed Record. In 1952 there was growing interest in what would be called ‘Streamliners’ and Herbert wanted to develop his own Bonneville Streamliner to take on the Bonneville Salt Flats.

Herbert wanted to harness aerodynamics for his car, and he happened upon Rod Shapel, who was working as a consultant for CalTech’s wind tunnel. Schapel was a mechanical engineer assigned to study the behavior of airplanes under various stresses and loads.

Herbert and Schapel hit it off instantly and set about to design and build a streamliner like no other, based on aerodynamic computations. The plan was to build the car and have it ready to race at Bonneville in August of ’52. With only months to build the streamliner the team set to work quickly. 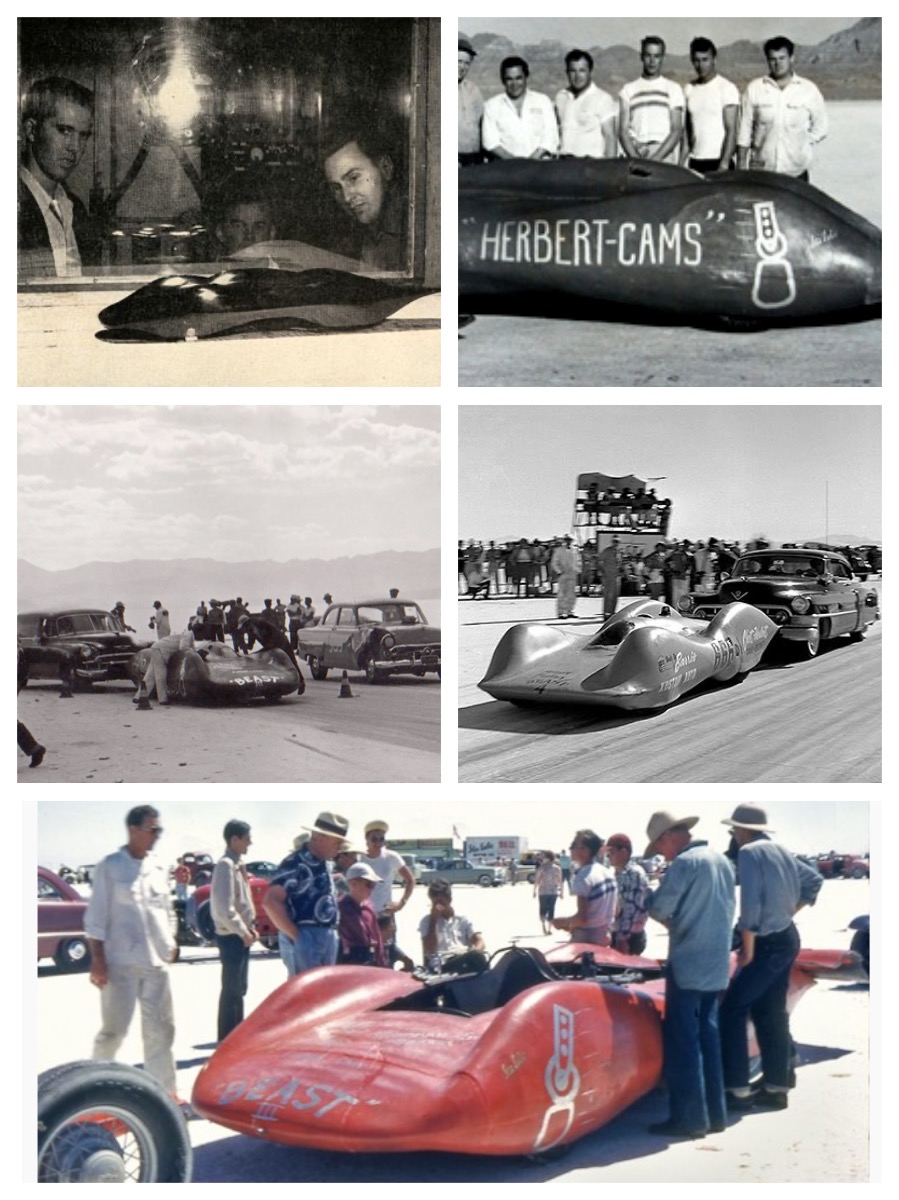 Amid various challenges, given the nascent status of aerodynamically-efficient cars at the time, the ‘Beast III’ was completed on time and was powered by the most potent conventional engine available, the Chrysler Hemi V8.

Everyone in Bonneville in August 1952 was amazed and thrilled by the sleek aerodynamic shape. Designer Rod Shapel had never even been to a car race, but as all he had to do was create the needed aerodynamics, he did not hesitate to get right behind Chet Herbert’s concept.

The first runs achieved a top speed of 211mph, driven by George Bentley, but it was Art Crisman – a man who was a Hot Rod legend – who finally cracked 238.095mph and gained entry to Bonneville’s ‘200 Club’. 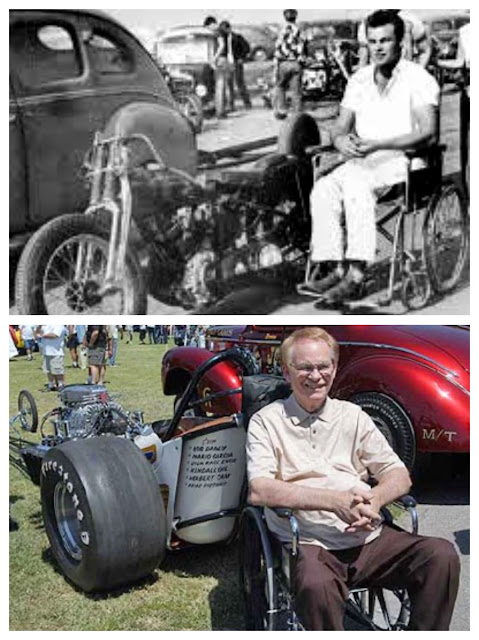 Now, the most amazing part of this story is that the man behind the Streamliner, Chet Herbert, had suffered polio at 20, and was in a wheelchair for the rest of his life.
As a trained engineer however, he did a great deal of the prep work on all his dragsters, bikes, and the Streamliner, from his wheelchair – but never turned a single wheel in any of his creations.
Chet Herbert (seen here in 2005), died in 2009.
There were a couple more variations on the Beast theme over the next few years, but Land Speed Record attempts began moving away from the USA.

Just 12 years later, the Land Speed Record was achieved in Australia, by Sir Donald Campbell at Lake Eyre, South Australia, with his Bluebird CN7 clocking 403.1mph! Bluebird was the last motor & wheel-driven streamliner, because the FIA, which regulated the ‘sport’ allowed pure jet-driven cars to compete, with Craig Breedlove’s ‘Spirit of America’ reaching 526mph in September of 1964. 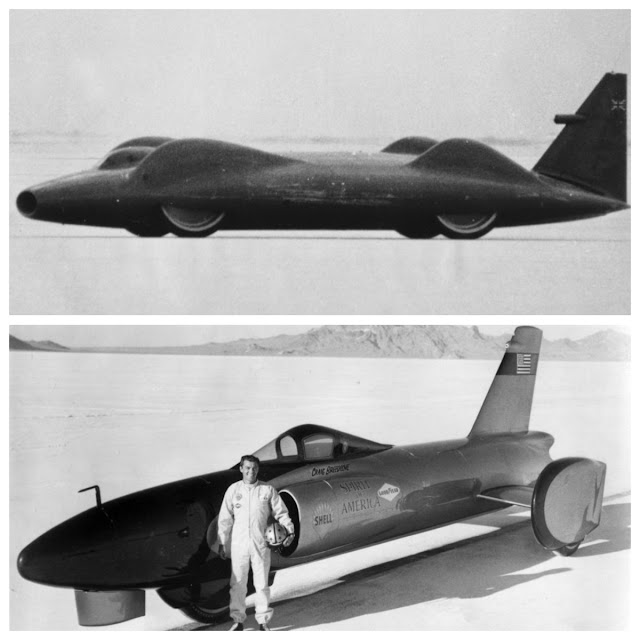