I began flying internationally in 1976, but little did I know when I boarded Qantas QF15 at Brisbane airport on October 31, 2019, headed for Los Angeles, and ultimately New York City, I would be celebrating a number of marathon moments 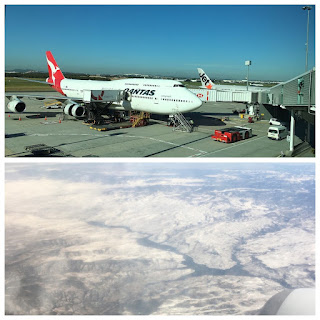 First, flying around the globe for 43 years must count as a sort of marathon; second, stepping aboard the 747-400 Longreach, I would be celebrating the aircraft’s marathon service in Qantas livery and flying on one of the 747-400’s final flights before the entire Qantas fleet of Jumbos were mothballed in the Mojave Desert; third, I would be joining my son Matthew on his participation in the 2019 New York City Marathon (which could turn out to be the last ever).

Looking down on Colorado on the flight to Newark reminded me it was the northern winter, with snow blanketing the country. 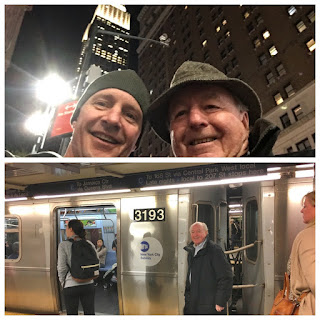 On arrival, we met up for dinner in 34th Street, just off Herald Square. It wasn’t flash. We had been recommended a fancy restaurant on one side of 34th, but it was closed for a private function – so it was across the street for beer and pizza – very New York. We snapped a selfie under the Empire State Building, and then back to our hotel on the Subway.

Sunday morning was brilliant sunshine, but the temperature hovered around freezing 0C (32F) as Matt headed off with his running team from Travelling Fit to join more than 50,000 runners from 103 countries on Staaten Island. I parked myself with family members of other runners out in the Court Square area of Queens, near the halfway mark at 14 miles. 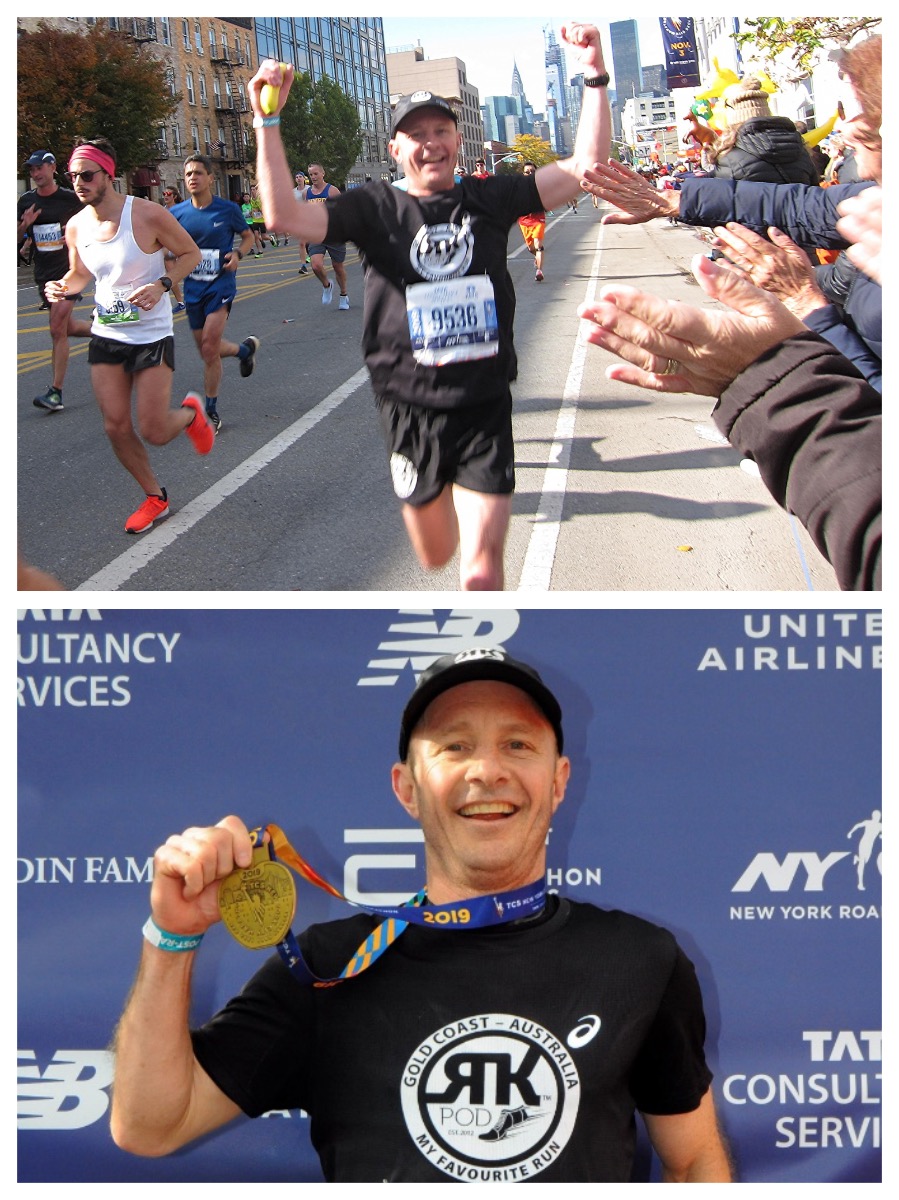 After travelling all that way, and waiting for Matt to appear, he suddenly loomed up in the lens of my camera, with little warning, for me to take the only action shot I would get of him, as he went on to record his aimed-for personal Best (PB), and claim his medal. 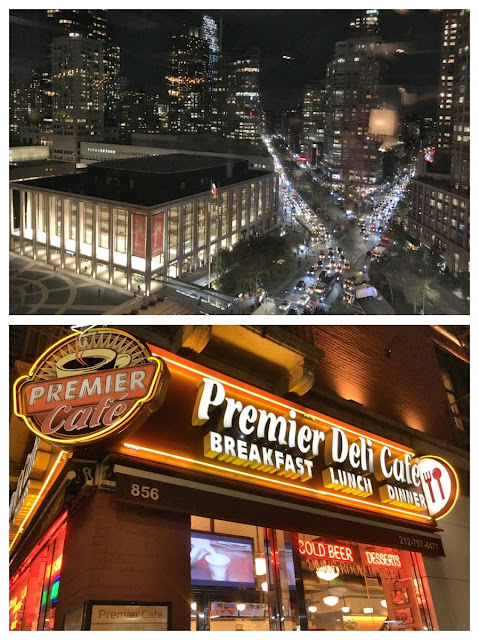 Post-race we had a great party looking down on the Lincoln Center.
However, as it was just wine and finger food, we ended up at the Premier Deli on 7th Avenue for Matt’s first ‘real meal’ since he began training.
There’s a great vibe in all of the Delis I’ve dined in, in the Big Apple.
Forget your diets, there’s nothing Low-Cal on any of the menus, and you better like beer.

Next morning as I trudged through the chilly streets to Penn Station to catch the Skytrain out to Newark Airport, I got one last look at the iconic Empire State Building before the Undergound whisked me off for my United Airlines 787 to LAX.

I first visited New York in 1982, and have since enjoyed countless visits there on business, and I love the city. It's very sad to think that this will have been my final visit. 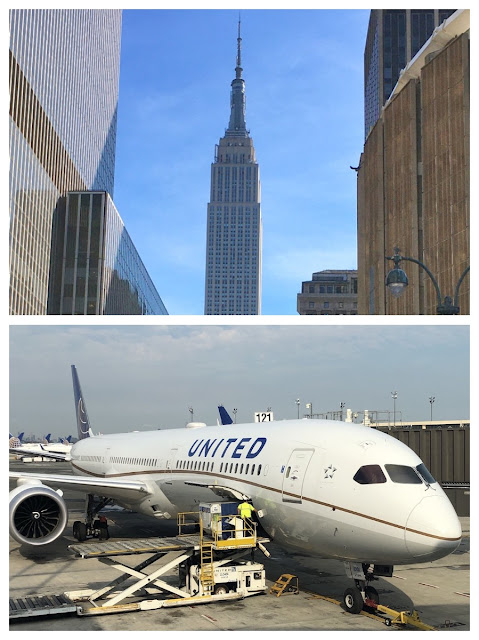 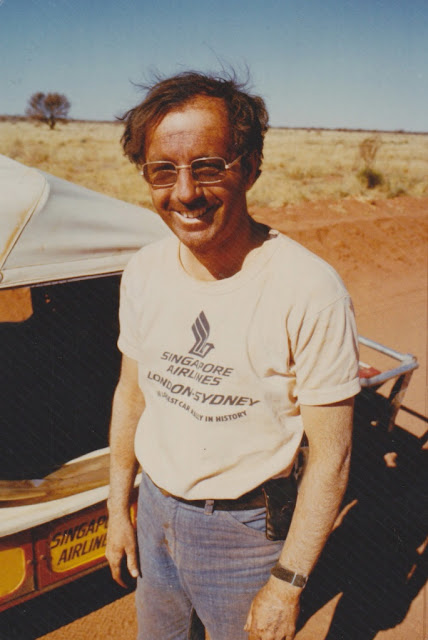 Marathon events are not new to me, having had the pleasure of competing in the very last international marathon motor sport event, the Singapore Airlines London-to-Sydney Car Rally in 1977, but these events I’ve described here represent marathon milestones in my life.

It will probably turn out to be the last international journey I will ever make; my one and only involvement in what may well be the last NYC Marathon, and one of the final flights of Qantas’s Boeing 747-400s which have been in service for more than 30 years.

Yes, life as we knew it has changed. Time for the next chapters.

Posted by John Crawford at 4:29 PM